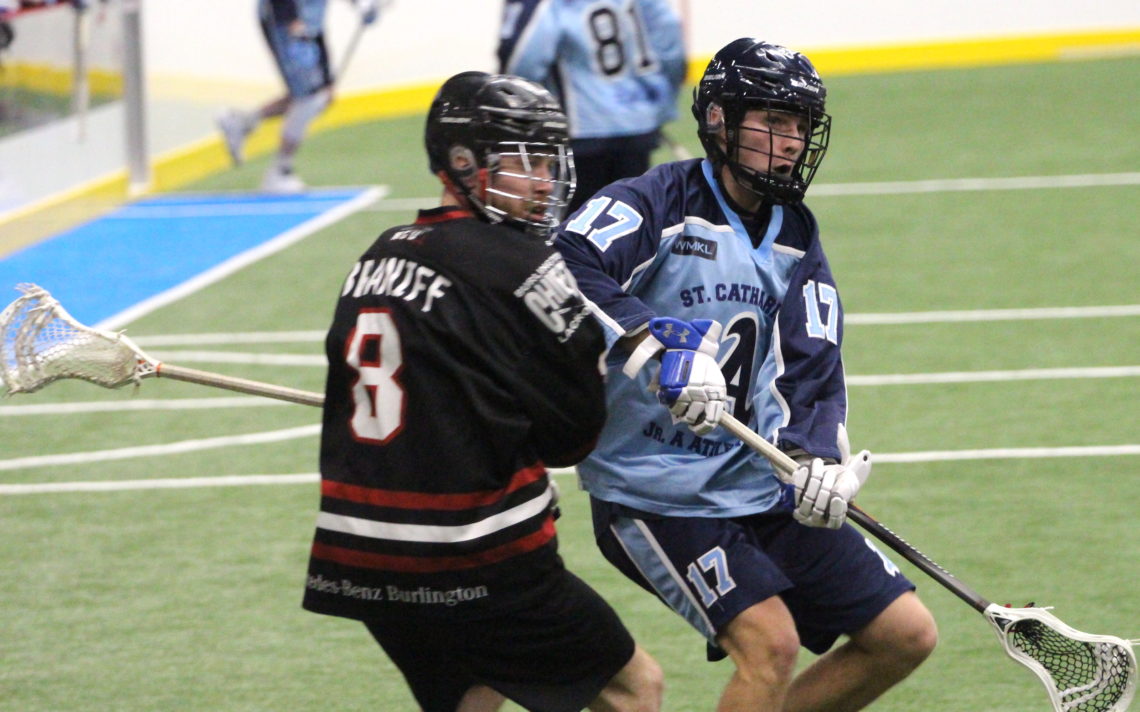 Athletics square off versus Warriors

The St. Catharines WMKL Athletics are in for a battle.

The A’s take on the explosive Whitby Warriors in a best-of-five Ontario Junior Lacrosse League quarter-final playoff series and St. Catharines general manager Jeff Chcoski isn’t sugar coating how difficult a task the A’s have in store for themselves.

“We’re in for a huge challenge,” Chcoski said. “Whitby is a real good lacrosse team. We were looking to stay away from Whitby and Mimico and maybe get Toronto or Oakville but it didn’t play out that way.”

Chcoski feels the Warriors are a good example for the young A’s how proficient they need to be to take the next step.

“It’s a first-hand look at how good your offence has to click for you to move on. These guys are a veteran team so it’s going to be great for our guys to see exactly where they need to be in order to move along in the next two to three years.”

A’s head coach Steve Toll, who lives in Oshawa, coached many of the Warriors at the minor level.

“He knows that team like the back of his hand so that helps,” Chcoski said. “We definitely have a game plan in place.

“They played Sunday and Monday. We’re hoping we can get a quick start. It’s a tough matchup for us because of how many goals they can score.”

The A’s finished the regular season with a 10-10 mark and in sixth place.

“It was a hell of a season,” Chcoski said. “To finish in sixth place, we’re really happy with that. We’re proud of our guys.

“I preached all year long we were looking to be somewhere in the area of 10-10 and make the playoffs and give our young guys the experience of playing in the first round so they know what to expect in years to come.”

The Warriors defeated the A’s 17-5 in their first matchup while the A’s prevailed 10-8 in the rematch during the regular season.

A’s acorns: The Junior B Athletics are on the brink of elimination in their best-of-three semifinal playoff series versus Elora after dropping the first two games 12-9 and 11-6. Game 3 goes Friday in Elora. Game 4, if necessary, is Sunday at Canada Games Park at 7 p.m.