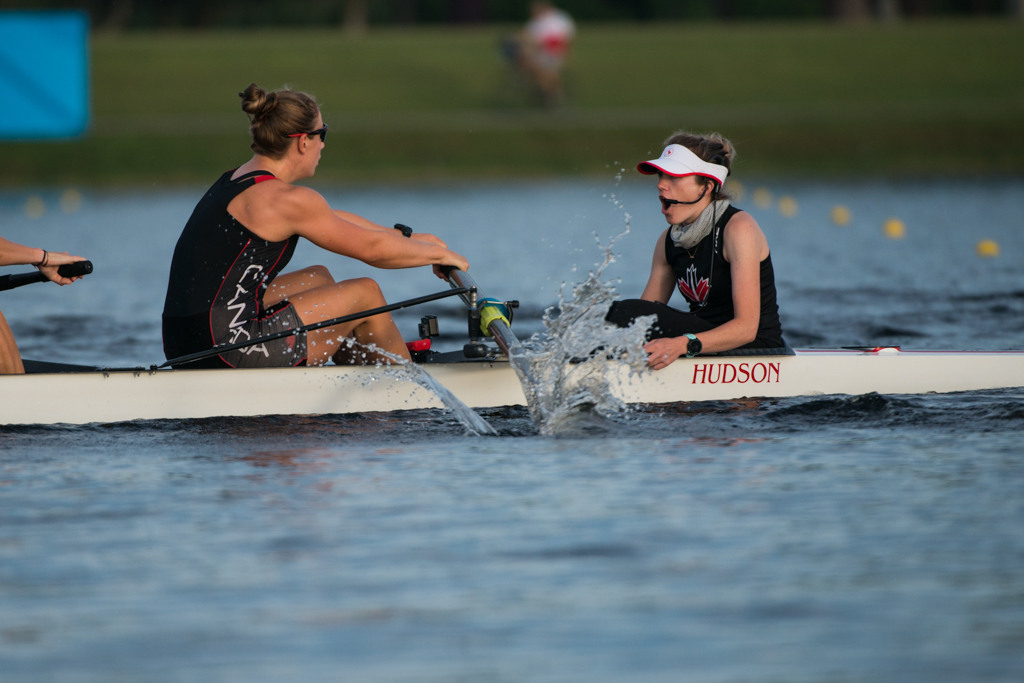 Kristen Kit is one of three local rowers selected to compete for Canada at the Lucerne World Cup. Photos by MERIJN SOETERS.

Three Niagara rowers have been named to crews that will represent Canada at the FISA World Rowing Cup 3 in Lucerne, Switzerland, from July 13 to 15.

De Groot, a Governor Simcoe grad, was a member of the men’s four that was second in the B final at the 2017 worlds. In 2015, he won a bronze medal in the four at the under-23 worlds.

Buie, a native of Duntroon, Ont., won a gold in the quad and a bronze in the double at the 2015 Pan Am Games. He rowed the single at this year’s first World Cup event.

“I am very pleased to see the calibre of the nine Canadian crews selected to represent Rowing Canada Aviron,” said, Iain Brambell, Rowing Canada’s high performance director. “These athletes have undergone a very challenging and intense selection process and have emerged across a broad spectrum of events.

“There is an excitement growing within the Canadian team and I look forward to seeing this energy harnessed during the final World Cup in Lucerne.”

The St. Catharines Athletics’ shot at first place were dashed with a 13-12 overtime loss at Kitchener in Ontario Lacrosse Association junior A action.

The loss drops St. Catharines’ record to 13-6 with one game remaining in the regular season. The A’s and Brampton are tied for second with 26 points. The Burlington Chiefs (15-4) have locked up first place.

The Athletics led 5-2 after one period and trained 9-6 after two. The A’s then outscored the Braves 5-2 in the final period to tie things up at 11-11 after regulation.

The A’s wrap up the regular season Saturday in Mimico.

A new free running series is launching in Niagara.

The Niagara Falls International Marathon invites everyone to Run Niagara, a free, weekly five-kilometre timed run. The next race is Saturday at Merritt Island Park in Welland.

“Nothing beats the thrill of crossing a finish line and with Run Niagara you can do it again and again all summer long,” said Charles Gervais, volunteer race director for the series. “The timed runs are great for a fitness test, to track progress over a season, as a goal run for a personal best or just for fun.”

Runs will alternate between routes in St. Catharines and Welland, start at 9 a.m., and are always free. Participants will see their time on a digital clock at the finish line and results will be posted online at www.niagarafallsmarathon.com/RunNiagara.

“The free, timed run series is a great chance for runners, beginners and experienced runners alike, from across the region to get together for a little fun in the sun this summer,” Gervais said.

The 5k runs alternate between Merritt Island Park and Charles Ansell Park in St. Catharines. Participants must be at least 18 years old or accompanied by an adult and should bring their own water, sports drink, energy gels or other supplements.

Visit www.niagarafallsmarathon.com/RunNiagara for the full schedule, to complete an online waiver, for more run details and volunteer opportunities.