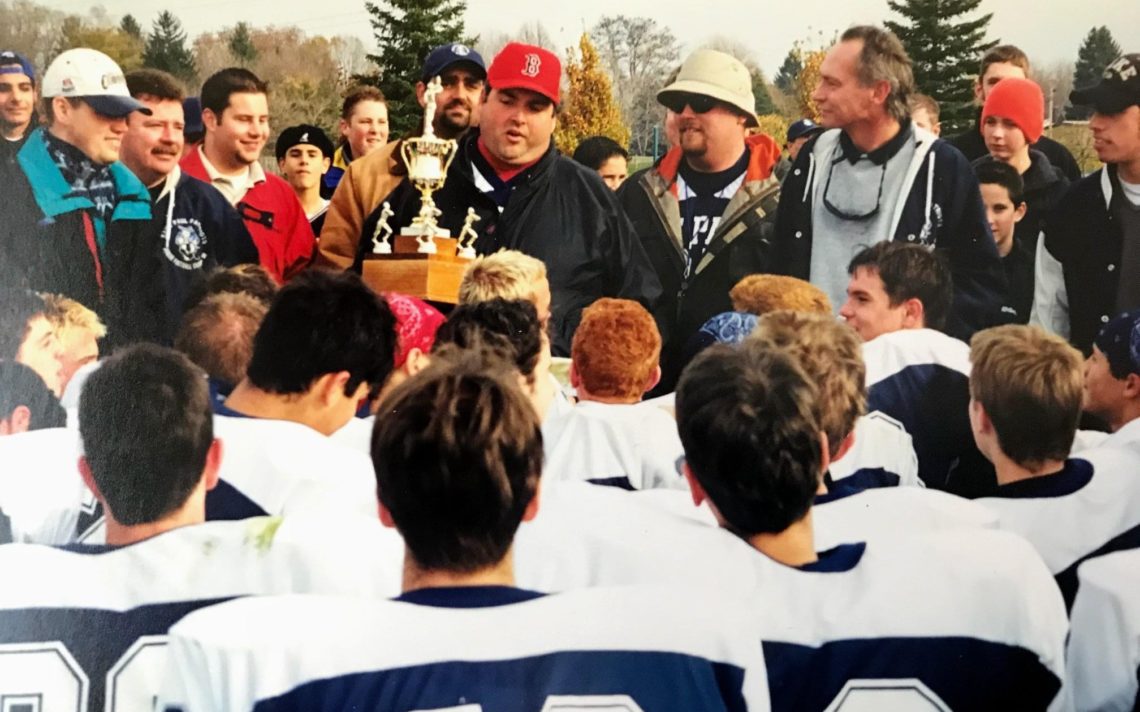 Former Saint Paul junior coach Fred Girardo, who passed away in February, is being honoured by his former school’s staging of the Fred Girardo Catholic High School Football Cup.

Saint Paul will launch its 2022 football season at home Friday by honouring one of its long-time coaches.

A pregame ceremony will be held at 4:45 p.m. followed by the junior game at 5 p.m. and a senior game between Saint Paul and the Blessed Trinity Thunder at 7 p.m.

After the junior players line up on the field, the Girardo family will be introduced, including son Carlo Girardo, who is a member of the Saint Francis coaching staff.

The national anthem will then by played. At the conclusion of the game, the trophy will be presented to the winning team.

The game is going to be an annual event at Saint Paul for the season-opening junior home game.

Girardo and John Zeman coached junior football together for 20 years at Saint Paul. With Zeman running the offence and Girardo the defence, the team won five championships with the highlight being a berth in the Metro Bowl semifinals. Included in the coaching run was a two-and-a-half season unbeaten streak that netted the school its first two junior championships.

Girardo coached for another five years after Zeman retired. He then helped coach his older son, Michael, at Saint Mike’s, and his younger son, Carlo, when he was at Denis Morris.

At the time of Girardo’s death in February, former player Brian Fortier paid tribute to his former coach.

“He had a long-lasting impact on so many people and I really appreciated my time with him,” Fortier said. “I played five seasons for Fred and three of the five we won championships. But the biggest thing he was always worried about wasn’t the result but more to do with the fun that we had doing it.”

“At the end of practice when kids would hate to run, we would play British Bulldog or full-contact soccer. The kids didn’t realize they were running and it was our way of letting them know that football was a game,” he said. “Don’t get me wrong. We always wanted to win but the game had to be fun.”

Zeman also remembered his friend as an excellent coach.

“He knew the defensive side of the ball inside and out and he knew how to put kids into the right place.”