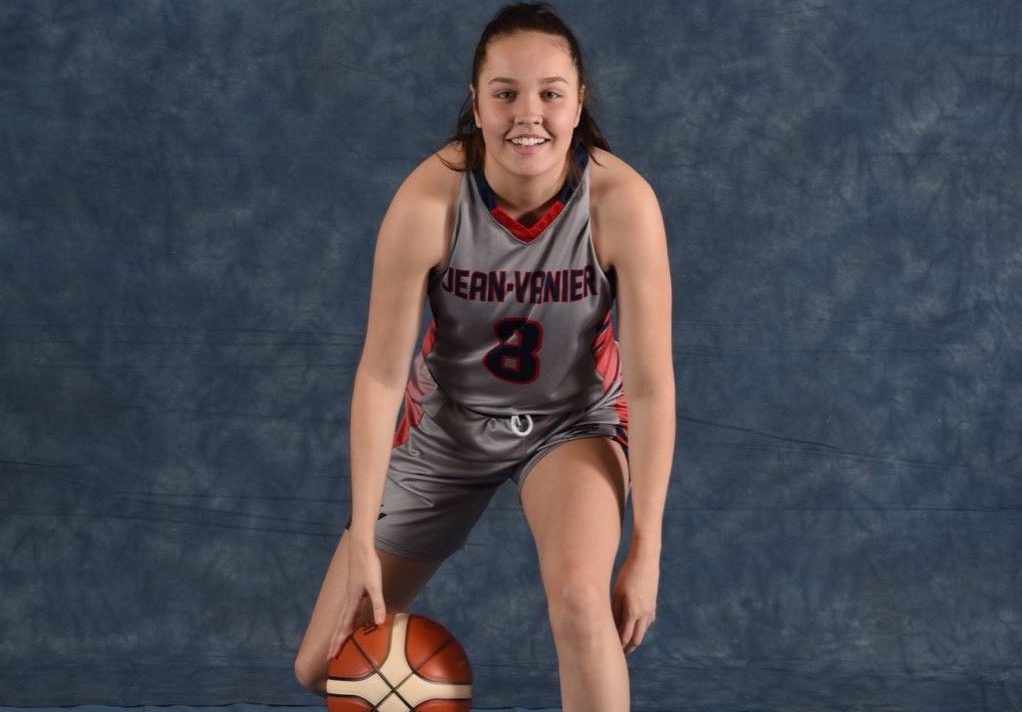 Andrea Hebert has yet to decide where she will play university basketball next season. Photo by Eric Labonté.

The Grade 12 student at Saint Jean de Brebeuf in Welland is in the midst of deciding which university she will choose to pursue her post-secondary hoop dreams.

“I’m not sure exactly where I want to go yet but I am talking to Ottawa, Guelph, Waterloo, Windsor, Dalhousie and a few others,” the 17-year-old St. Catharines native said.

The 5-foot-11 point guard’s final choice will be based on a number of factors.

“It’s going to be what the best fit is for me, basketball-wise, school-wise and also the environment. It’s how comfortable I will feel and how well I will fit in there.”

She isn’t feeling any pressure to make a decision.

“I feel pretty comfortable taking some time because I definitely don’t want to rush into anything. I haven’t figured everything out yet.”

Whatever school she chooses, Tara Poulin, Hebert’s coach at high school and with the Niagara Girls Basketball Academy’s Juel squad, knows that university will be getting a quality player.

“Andrea is very versatile and it’s not very often you have a versatile point guard,” Poulin said. “Because of that, she is quite a hot commodity when it comes to the post secondary level being a six-foot point guard who can also play the two if needed and can also go guard the three spot if you need it. That is quite the utility to have.”

“It is very subtle. She is a great ballhandler and a pure scorer which is always nice to have on the team.”

Hebert feels she has made a number of strides in her game over the past few seasons.

“Something that Tara has helped me develop over the last couple of years is my confidence. Skill-wise, I have been continuously working on my ball handling, shooting and being more confident to just do whatever I need to do on the court.”

Lacking confidence is something that isn’t unique to Hebert.

“You get that a lot in girls basketball. It’s unfortunately a societal problem in the sense that girls lack a lot of self-esteem,” Poulin said. “Andrea, from an early age, lacked quite a bit of self esteem and it has been a process since Grade 8.

“She doesn’t give herself enough credit for how good she is and I really feel in the last six or seven months she has come into her own and you can tell that has done a world of wonders for her in her game.”

Hebert feels the next progression is to improve her all-around game.

“It’s taking it to the basket more, taking more layups, being a smarter player and finding the best possible option for every play and every scenario.”

And like every high school player making the leap to university ball, she will need to get stronger.

“You need that physicality and she will definitely need to work on bulking up a little bit,” Poulin said. “Both her and Maddie (Madalyn Weinert) are two of the most-scouted girls for the 2020 graduate class and both of them will have to work a little more on their physicality to play against those bigger girls who are in their fourth or fifth year.”

Herbert hasn’t decided yet what she plans to study in university but is thinking about nursing and environmental science. Her basketball path is much clearer.

“I want to continue on, make it to the next level and continue working on my game by building more confidence.”

Like all of her recruiting class, Hebert has seen the COVID-19 pandemic stuff her final year of high school basketball.

“It’s tough and it’s sad but we haven’t completely lost everything. It’s nice that I still get to see some of the girls and go out and practise a little bit. Not everything is ruined and I am trying to make the most of the situation we’re in.”

She has been training with the NGBA Juel team at The Gate Alliance Church in Niagara Falls, formerly Saint Michael High School.

“We started a couple of months ago after summer was pretty much over and we practise two or three times a week,” she said. “In the summer, we were practising outside in small groups and we would keep our distance.”

As the fall has moved along, Hebert and her teammates have ramped things up.

“Now if we do contact, we all have to wear masks in the gym. The groups are slightly bigger and we have been able to get up and down.”

Hebert started playing in Grade 3 with the St. Catharines CYO house league and then spent five or six years with the St. Catharines Rebels travel program before joining the Welland Warriors. She suited up for her Grade 10 year with the Niagara Prep Ontario Scholastic Basketball Association team based out of A.N. Myer before returning to Saint Jean de Brebeuf last season. 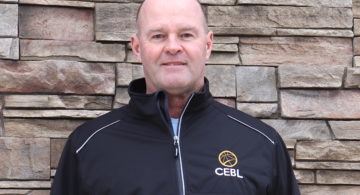