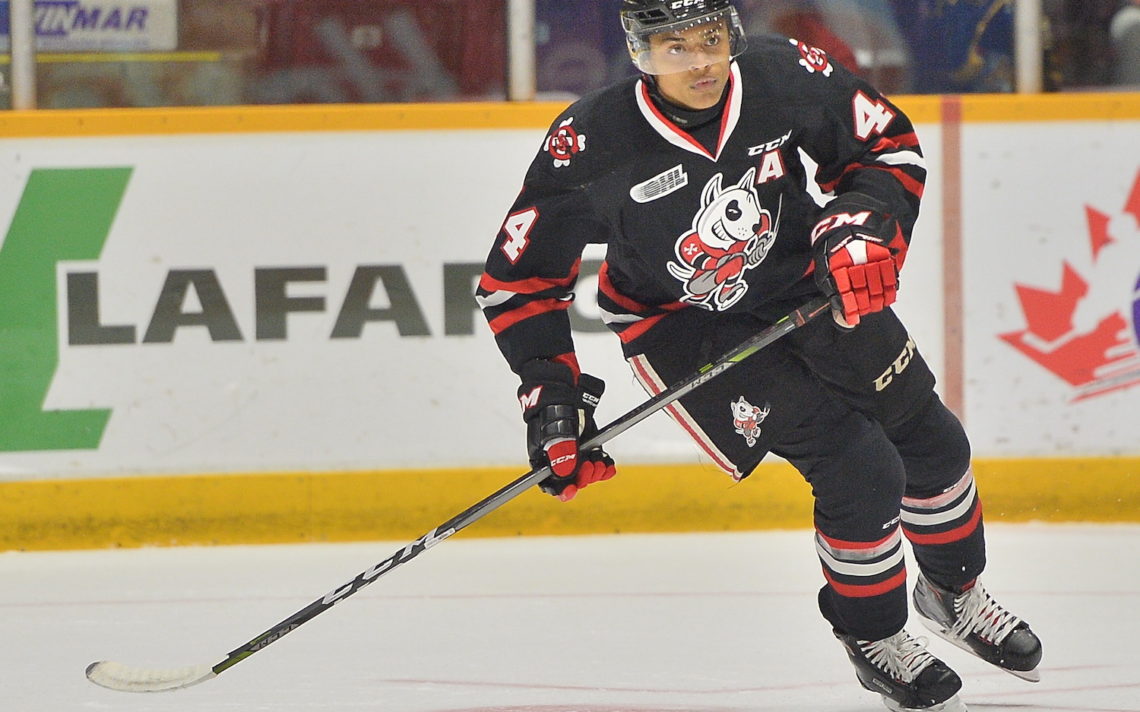 Akil Thomas’ stock is on the rise.

The 17-year-old centre for the Niagara IceDogs has been ranked 10th by NHL Central Scouting Services midterm rankings of North American skaters ahead of the 2018 NHL Draft in Dallas.

The ranking comes as no surprise to IceDogs head coach Billy Burke.

“They’ve (NHL teams) been calling all year on him,” Burke said.

Thomas was named an assistant captain this season following a team record-breaking season in his rookie year. After overtaking the team record for most points by a rookie with 48, Thomas has already surpassed last season’s point totals. He  ranks second in team scoring with 56 points (13 goals, 43 assists). Thomas’ point totals also place him among the top in the league in assists, and power play assists. He also an impressive plus-8.

All that may mean Thomas could be selected in the first round, something Burke does not think is out of the realm of possibility.

“Fingers crossed and knock on wood he continues to do what he’s been doing and hears his name called on the first night of the draft,” Burke said.  “All indicators are that it could be a life-changing summer for Akil.”

Thomas is attempting to keep it all in perspective.

“It’s pretty cool to be acknowledged as a good player, but I try not to think about how high or low I am ranked because the only rankings that matter are the results on draft day,” he said.

Burke said what is perhaps most impressive about Thomas is his maturity and how he has been able to handle the situation.

“It’s an incredibly stressful time for these guys over the years. You can see it. They try and do everything they can to be normal but they’re getting picked and prodded at every turn. It’s a lot to put on these guys but the reward is huge as well.

“It’s something I think the dream of anyone is to play in the NHL and when you have the opportunity to be a high draft pick it’s very exciting.”

Thomas isn’t a dynamic sniper in the mold of a Brendan Perlini, although his point totals are more than acceptable. Rather, Thomas has emerged as a slick playmaker who is also solid at the other end of the ice.

“He’s such a huge part of our team and plays over 20 minutes a game so that’s a huge sign to scouts where they can really analyze him,” Burke said. “We expect him as a 17-year-old to drive our team most nights. That’s a huge responsibility and a ton of pressure and you put the NHL draft on top of that and agents teams and scouts are pulling him in different directions and he wants to do what’s best for the team.”

Amazingly, Burke said Thomas at times has been criticized for spending too much of his energy on the defensive aspects of the game.

“Sometimes Akil gets picked about for being too defensively responsible. Some scouts would like to see him cheat more and if he cheated more the same scouts say he’s cheating and he can’t play defence. It’s a bit of a catch-22.”

Thomas is well aware he can’t please everyone.

“At times it can be difficult when big rankings come out. Certain people might not like me as a player like other people might, so I try not to put too much emphasis on other people’s opinions,” he said. 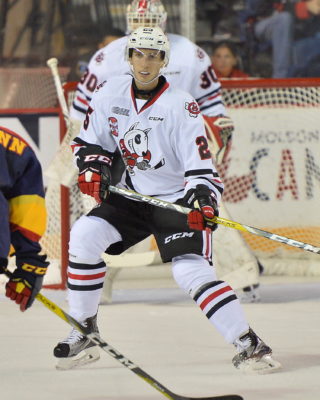 The only other IceDog ranked in Justin MacPherson, who has been ranked at 163 of all North American skaters. MacPherson was the IceDogs’ fourth round selection in the 2016 Ontario Priority Selection.

He saw limited duty at times last season but has blossomed into a top-four rearguard this season.

“He’s one of those guys who is quiet and simple and solid and you may not notice him as much but that can be a good thing. He takes pride in his defensive play,” Burke said.

MacPherson has 12 assists and is a plus-four in 45 games this season.

Burke believes MacPherson still has plenty of room to grow.

“He’s still rounding out his game. He’s not as much of a blue-chipper as Akil is but a lot of NHL teams have called about him. They notice him, they like him. There is still lots of room to fill out. He’s not the biggest guy right now but he has a lot of courage. He’s not afraid to take a hit to make a pass into the middle where a lot of guys while panic and just throw it up the wall. He can take a hit to make a play.”

Burke wouldn’t be surprised to see MacPherson’s offence come around as well.

“I know he wants to continue to round out his offence and as he gets stronger he will have a lot more confidence to shoot with just his arms as apposed to using his whole body from the point. I still think he has another level in terms of offence.”

Grimsby’s Brandon Saiegon, who was bypassed in the NHL draft last season, has been ranked 143rd of all North American skaters. Saiegon is having a solid season with the Hamilton Bulldogs with 27 goals, 54 points and a plus-22 rating.

Niagara-on-the-Lake’s Hunter Holmes is ranked 149th among North American skaters. Holmes has seven goals and 16 points in 35 games for the Flint Firebirds. 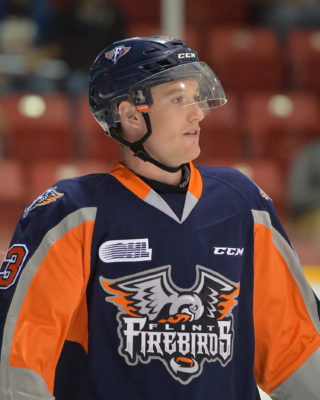