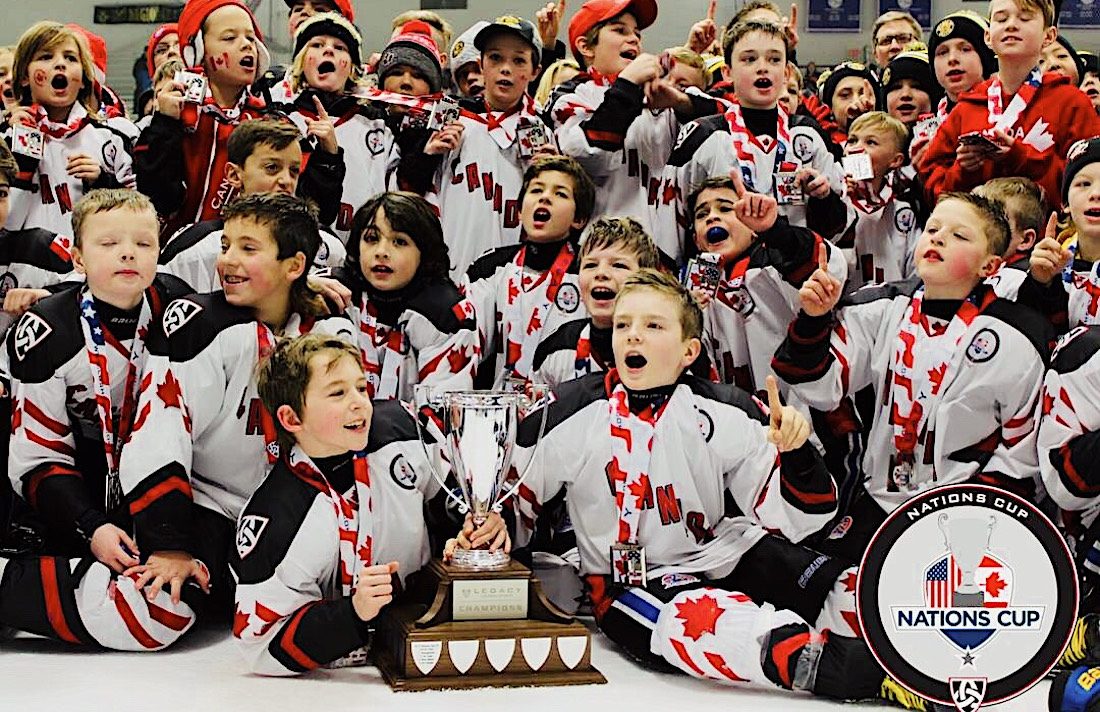 The Admirals defeated the Oakland Jr. Grizzlies 3-2 in a shootout in the final game of the tournament to give Canada the overall points championship over the United States.

The tournament is a Canada versus the United States format in the preliminary rounds after which the teams are seeded and points from the games are awarded to their respective countries.

The Admirals finished first in their pool losing 2-1 to the Chicago Hawks, who are coached by former Chicago Blackhawks winger Eric Daze, but then reeled off three straight wins: 4-1 versus Sylvania, Ohio; 7-0 versus Chicago Bulldogs; and 7-2 over St. Louis to finish first on the Canadian side of the draw.

The shootout win was drama at its best with bragging rights for an entire nation on the line.

“Being the No. 1 seed and the fact we were the team all the other teams were cheering for to bring home the championship for Canada made it even that much more special,” Admirals coach Pat Paone said. “We could have easily been Team 4 or Team 2 and the kids in the stands would be been cheering somebody else on to win the cup.”

Paone, a former Ontario Hockey League player and coach with the Thorold Blackhawks junior B team, said it was an unforgettable experience.

“It was an unbelievable time. I think coming off the World Junior championships in Buffalo and the kids knew my relationship with (Thorold native and Team Canada defenceman) Conor (Timmins). It was within two weeks and heading over to the States and being recognized as a Team Canada really pumped our tires. They treated their whole weekend there like they were Team Canada and were trying to live up to it.”

The Admirals got off to tough start this season but have rebounded and are now in the middle of the pack and looking forward to playoffs which begin next month.

“We can compete and beat all the top teams in our loop,” Paone said. “We’re humming along really good. I think we’re peaking right now. Winning a big tournament like this and playing the kind of hockey we have in the second half sets us up very nicely for the playoffs.”

The Raiders limited Reds standout Noah Honsberger to 10 points, but got some key buckets from their bench to maintain their lead throughout.

“To their credit, they did a nice job on Noah,” Reds head coach Randy Conlon said. “We were a little short-handed today and kids that haven’t played much this year really stepped up for us.” 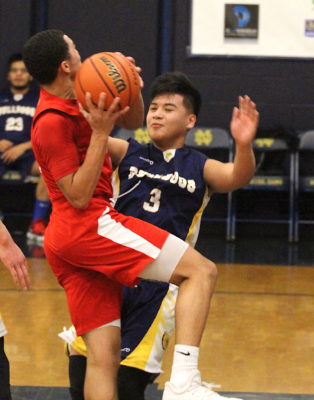 The Reds led 7-4 after one quarter and were not able to extend their lead, carrying a 23-20 margin into the half-time break.

“We decided at half-time to try and push the ball up the floor, to take them out of their half-court defence,” Conlon added. “It seemed to work.”

Denis Morris opened up a 36-25 lead after three quarters on their way to the win.

Matt Ferron led the way for the Raiders with 12. Tinash Dandato had seven, while Adrian Waszak and Maxwell Whitcomb each had four. Sebastian Balsom and Isiah Amio each added a pair to round out the scoring.

Following are recent top tenpin and fivepin bowling scores, as submitted by the lanes and league secretaries