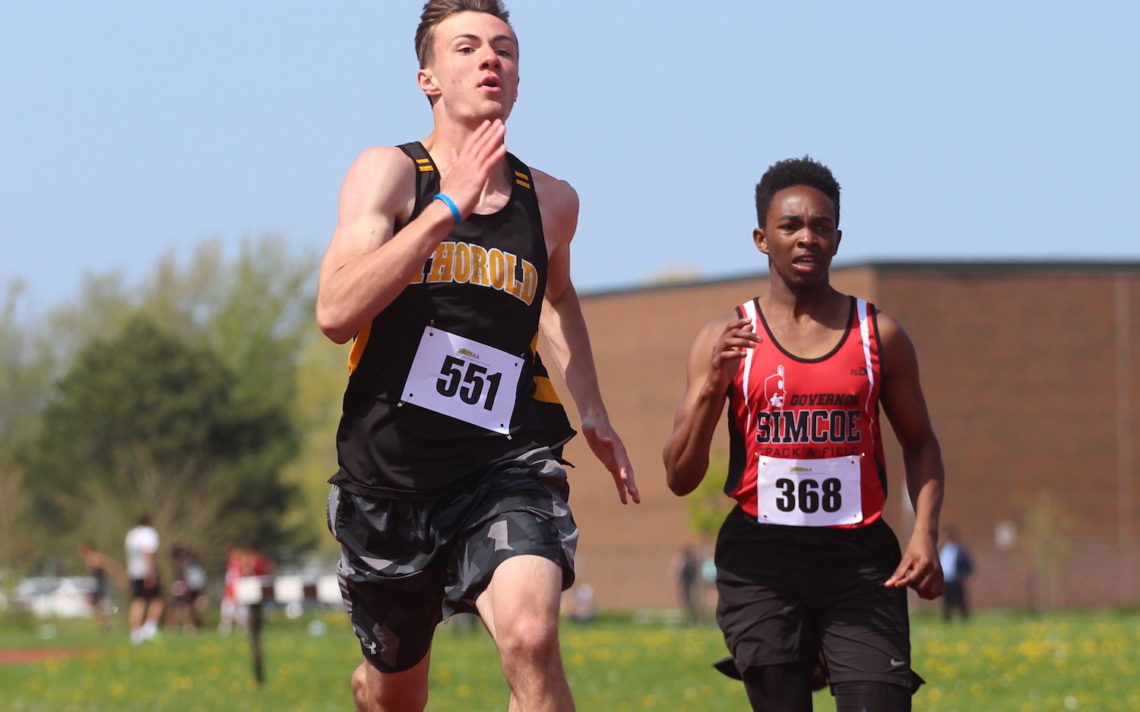 “It took me out Grade 8, Grade 9 and the first semester of Grade 10,” the Grade 11 student at Thorold Secondary School said.

To say the knee injury was frustrating would be a major understatement. 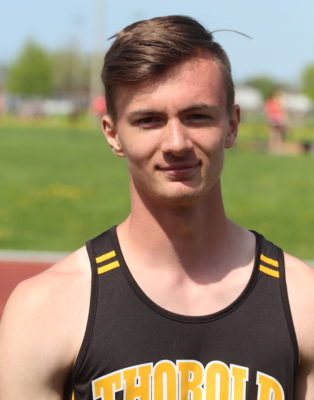 Getting back on the track was no easy task.

“It took a lot of running, a lot of physio and a lot of training,” he said.

He made a triumphant return to the track last spring, winning the Zone 4 junior boys championships in the 200 metres, 400 metres and javelin and later added a silver medal in the 400 metres at the Southern Ontario Secondary Schools Association championships.

On Wednesday at the Niagara Olympic Club in St. Catharines, Christie had another excellent day, finishing first in the senior boys 200 and 400 metres.

It felt good for him to retain his zone titles, albeit at an older age group.

“It’s not that important, but it is a good title to have.”

Christie thought he had a 50 per cent chance of winning a zone title in his first year as a senior competitor.

There is no secret how he got there.

In addition to training with the Thorold Elite Track Club, Christie worked out during the winter at McMaster University.

Thorold Elite coach Steve Fife describes Christie as one of one the most dedicated athletes in his club.

“He has trained through two injuries and two surgeries and has come back strong each time,” he said.

Fife has high expectations for the runner.

“I expect him to continue to get faster and faster and hopefully he will be out at nationals with us in Manitoba this year for the 400 metres.”

Christie is motivated by the big prize this spring.

“I want to go to OFSAA (Ontario Federation of School Athletic Associations championships),” Christie said. “It’s the best of the best you are facing and you might as well put yourself up there,” he said.

He feels the 400 metres is his best chance at getting to OFSAA, and he knows he has to improve his time if he is hoping to qualify for the provincial championships.

“It is early right now,” he said. “You just can’t start out strong right off the bat. You have to build up to your best ability.”

It is a work in progress.

“I am getting there, but there are some rough days.”

To take the next step as a runner, he needs to improve all aspects on his game.

“It’s a physical and a mental game with your competitors,” he said.

Christie is a key member of the Thorold club.

“He is one of the leaders on the team and definitely a gentle giant,” Fife said. “He is someone who is always willing to lend a hand and he’s a great role model for the rest of the kids.” 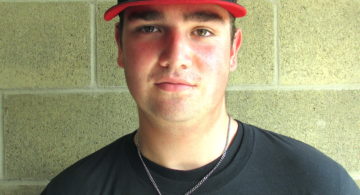