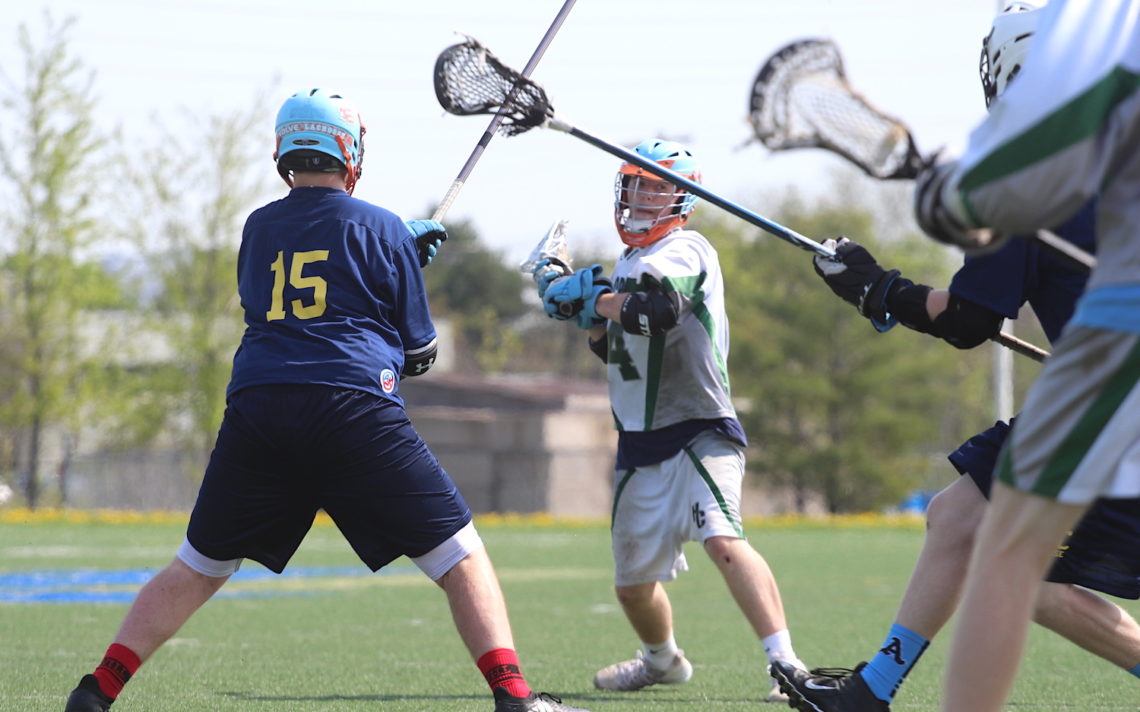 Connor Watson is one of the many straws that stirs the drink on offence for the Holy Cross Raiders.

Watson collected a goal and three assists, including a helper on the winning goal, as the Raiders edged the Sir Winston Churchill Bulldogs 7-6 in overtime Wednesday to capture the Zone 4 AA high school boys field lacrosse championship at Kiwanis Field. 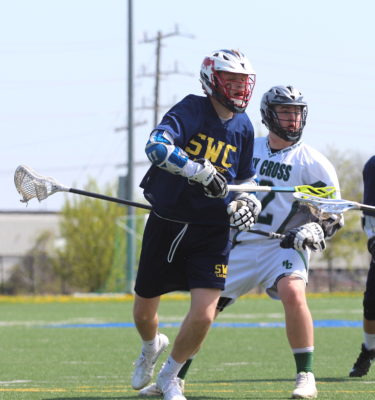 The Raiders play the E.L. Crossley Cyclone in one semifinal at 9 a.m. while the Bulldogs will represent Zone 1 and play the winner of Zone 2 in the other semifinal at 10:30 a.m.. The winners meet for the SOSSA title at 1:30 p.m.

Watson set up Curtis Labiuk for the lone goal of eight-minute overtime quarter.

“It was pretty unreal,” said Watson, an 18-year-old, Grade 12 student. “You don’t get an opportunity to play in overtime very much, and to win in a big-stakes game like that, it was a lot of fun.”

Watson was at his best as a playmaker Wednesday, but seniors Aidan Buis and Aaron Ward also help run the offence. 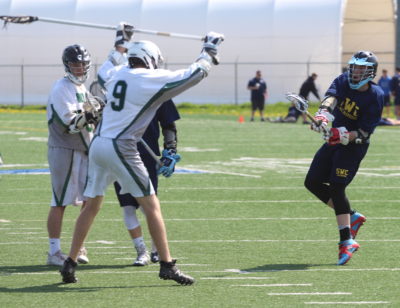 “We get our goals off of a team concept. As much as they run a lot, our goals come off of guys off-ball doing the right thing,” Raiders co-coach Dave Walker added.

Watson, who plays box lacrosse at the junior B level for the Niagara Thunderhawks, enjoys his role as a playmaker.

“We have some set plays on offence so we have to see what we are up against,” he said. “We have to feel out the defence for a bit and set our plays from there.

Watson’s setup was necessary after a dramatic comeback by the Bulldogs who rallied from a 6-4 deficit with a pair of late goals. Carter Geoffroy tied the game with just 29 seconds remaining when he won the faceoff at centre and scored on a memorable individual effort that saw him fire the ball home as he was falling to the turf. 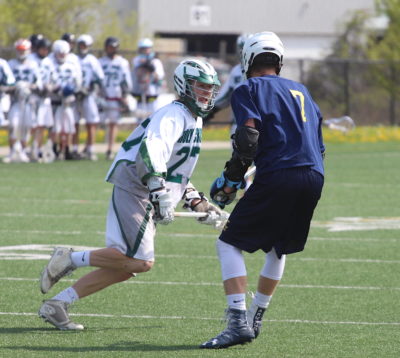 The Raiders, to their credit, shook off the disappointment of that goal.

“The coaches told us to slow it down on offence and keep possession of the ball and keep it in our sticks,” Watson said. “The defence was playing great all game so we had to help out the defence.

“In the huddle, we kept in positive but it was an unreal goal from them, falling down. It was just unlucky for just but we just had to keep going.”

Quinn said the key was to be able to turn the page quickly.

“It took an outstanding play at the buzzer to send them there,” he said. “We have a senior team so we had eight minutes to prove why they’re senior and they did a great job. They controlled the draws in overtime, ran the offence, and didn’t panic.” 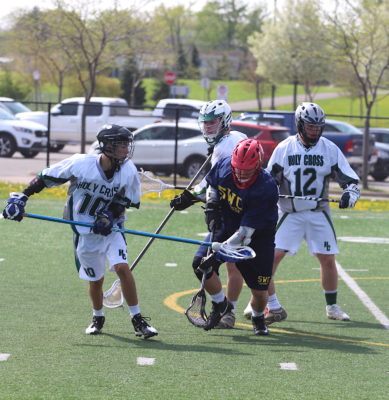 “I can’t say enough about our goalie who make several key saves. He made a mistake at the beginning that could have thrown him for a loop but he recovered and showed a lot of maturity. He didn’t let that fluster him and made seven or eight huge saves.”

As well, rookies Jordan Wiens and Jaden Patterson were pressed into action and performed well.

The Bulldogs weren’t able to capitalize on the momentum of their two late goals.

“It goes away as soon as you lose that draw, all that momentum is gone. You have to keep possession of the ball,” Sir Winston coach Jeff Flood said.

“We live to play another day. That’s a good squad Holy Cross has and the draws are key. Possession is everything.” 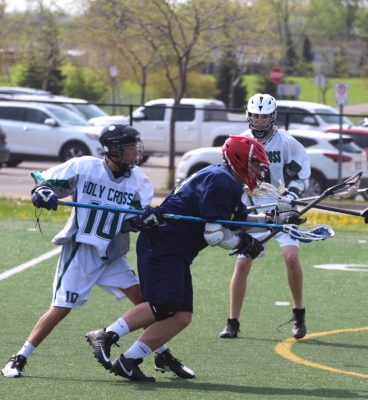 Buis added two goals for the Raiders while Patterson, Mason Boldt and Aaron Ward rounded out the scoring.

Connor McGregor had three for the Bulldogs while Geoffrey added two and Chris Smith one. 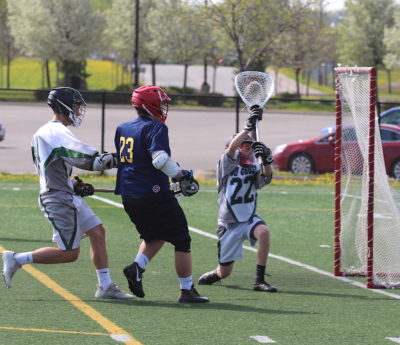