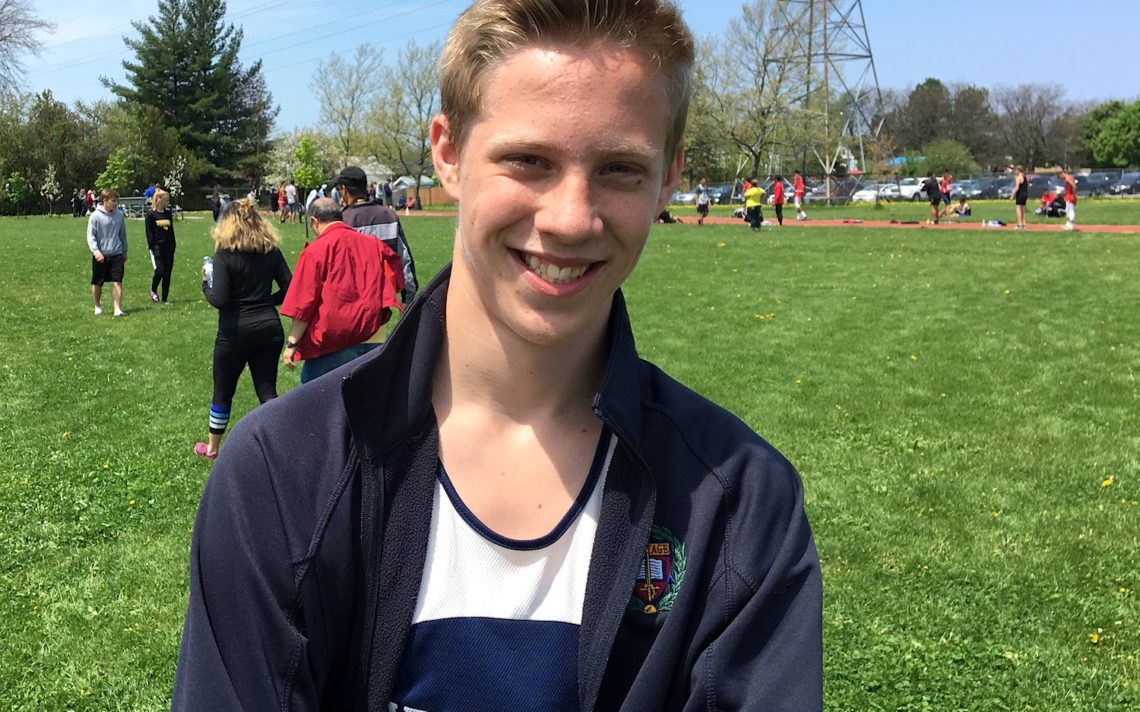 Leap of faith for rookie jumper

The 15-year-old, Grade 9 student at Heritage Christian in Jordan set a personal best with a leap of 1.70 metres to win the midget boys high jump event at the Zone 4 track and field meet Wednesday at the Niagara Olympic Club.

“I just really like jumping. I get challenged to just vertical (jump) something and I’ll try it and if I make it, I’ll do it,” Van Dyke said.

Van Dyke didn’t have any grand strategy heading into the event.

“I don’t know. I didn’t have any practices since the last track meet so I just kind of go into it,” he said.

He can usually tell during his jump if it will be successful or not.

“It’s all in the air, right before I jump,” he said. “If I mess up my footing, then I won’t make it. It also depends on your speed, if you’re not going fast enough, then you won’t make it.

Van Dyke also placed second in the long jump as well as participating in the 100-metre race.

Van Dyke likes to participate in as many sports as the school offers.

“It’s pretty easy to balance,” he said. “I try and sign up for every single sport. I wanted to do soccer but couldn’t get a ride. I also play basketball and badminton. I can play every sport, but it’s pretty hectic.”

Van Dyke realizes he will be in tough at the Southern Ontario Secondary School Association (SOSSA) meet next week at NOC. The top five in each event advance.

“It’s going to be very hard. Considering some of the people I saw I’m not sure I’m going to do well,” he said candidly. “There’s a lot of new people and it’s a lot harder.”

“I’m getting to know him and his abilities and trying to practice with him and encourage him,” she said. “He does have some natural ability. He’s kind of all around. I think he can be successful no matter what he puts his mind to.”

“He is definitely a jumper. When we’re at practices, he’s jumping on picnic tables. He jumps up on the stage. He doesn’t have to climb it. He just jumps.”