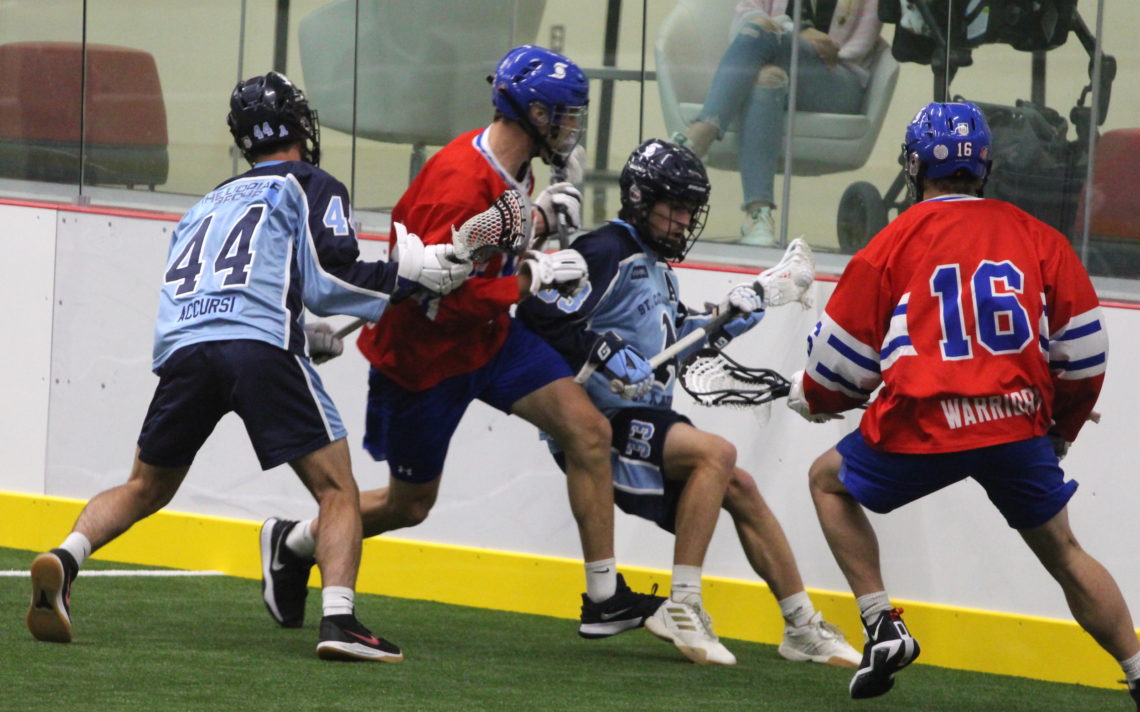 Year one of the road back to the top went exactly as planned for the St. Catharines WMKL Athletics.

The Athletics, coming off an Ontario championship in a COVID-abbreviated 2021 season, were eliminated from the Ontario Junior Lacrosse League playoffs Sunday night when they dropped a 12-10 decision to the explosive Whitby Warriors.

“We always planned to be .500, make the playoffs and let those young guys experience what tough playoff lacrosse is, and be able to build for the next three years,” A’s general manager Jeff Chcoski said. “The expectation of winning this round was very low, but now you’re going into next year where you’re looking to finish in the top four and get into the second round and the next two years after that you’re looking to finish one or two-ish and then get to the Canadian championship.

“We’re happy with the way it went. I wouldn’t change anything.”

“The work the coaching staff did to put this together was amazing,” Chcoski said. “They did a great job with the expectations we had. We knew we were going to be where we were and working with the young guys, sometimes it gets frustrating because when you’re playing these older teams who have better sticks it’s hard. But to work with them and talk with them and move forward with them, going into next year we only expect to graduate one player (Jackson Webster).”

The A’s also undertook running a junior B franchise for the first time. The Athletic junior B’s had a solid regular season and won a round of the playoffs before being eliminated in three straight by Elora in the semifinals.

“We knew going in as group it was going to be a challenge running two teams under one board,” Chcoski said. “The amount of work the board did and all the people running the front doors for two teams now, they are out of this world.

“We knew it would be a learning curve for all of us how to do this properly. Doing it properly will be putting policy papers in place to make sure both teams understand how it’s going to run from here on out. We’ve learned there has to be a little bit more structure between the teams to make them work together properly. There will be no confusion as to how this is going to run.”