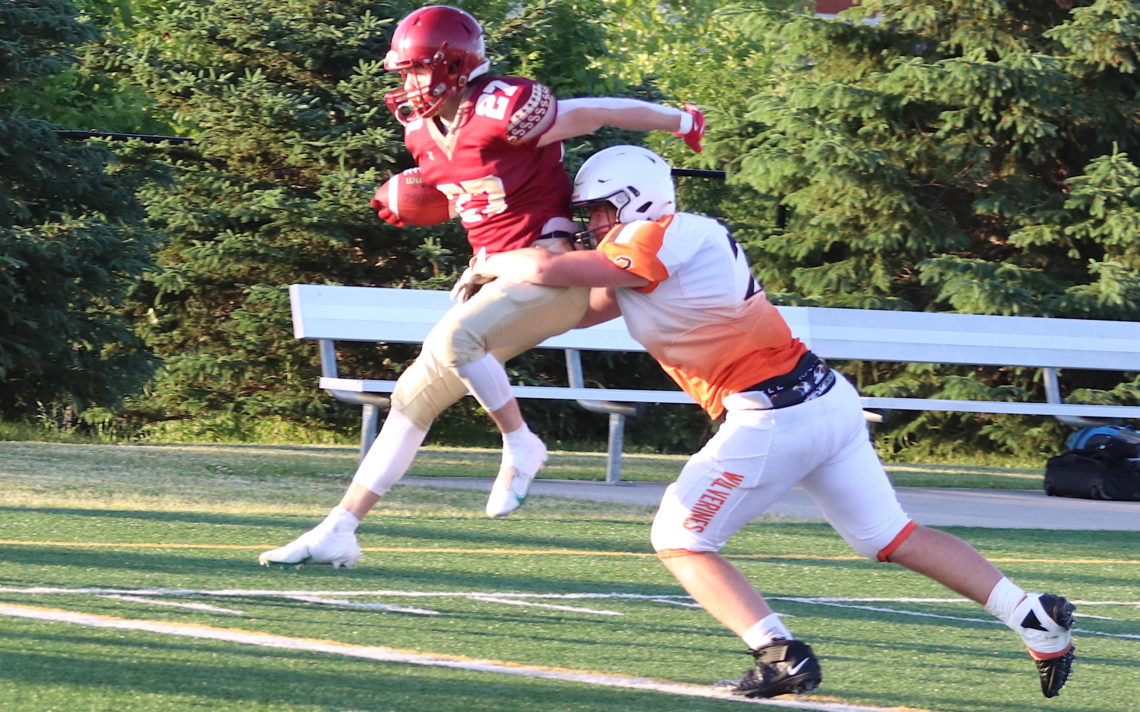 The Niagara Varsity Spears football team got off to a great start on the road last Saturday against the Brantford Bisons in Ontario Summer Football League action.

Niagara ended up with the opening kickoff on its one yard line and, after a five-yard Brantford penalty, the Spears marched 104 yards down the field and concluded the drive with a two-yard TD rush by Marshall McCray and a convert by Danny Lewis.

Niagara’s defence helped out by forcing the Bisons to punt on their first possession. The Spears’ offence once again put together another long drive that was capped by a 25-yard pass from McCray to Ryan Segato and another convert by Lewis.

Niagara led 14-0 after one quarter before the Bisons responded with a field goal in the second quarter. McCray then added to the lead with a 20-yard TD run followed by a single point from Lewis that gave Niagara a 21-3 lead heading into halftime.

“I was really impressed with the offence on their hunger and finishing plays. When you can go 104 yards and cap it off with points, that shows the desire and hunger,” Spears head coach Brian Duguay said. “It was really hot and those big boys kept going, along with every other player. The turf adds another 15 degrees and it was 31 out there with equipment on. The defence put in a strong first half keeping the Bisons offence guessing.”

In the third quarter, the Bisons narrowed the lead to 21-13 heading into the final quarter. With about five minutes left in the fourth quarter, Tyler Soppet collected his second interception of the game to give the Spears offence the ball on the Bisons’ 41-yard line. The Spears offence took advantage of the turnover when Elijah Prosper score on a five-yard run. Lewis added a convert to conclude the scoring at 28-13.

“I’m really happy for the players and proud of them. This was a team win,” Duguay said. “The offence and defence played really well and complimented each other.  We still have room for improvements but this was a huge bounce back after our last game.”

Leading the Spears offence were: Josh Morley with 62 receiving yards; Segato with his TD grab; Prosper with 139 yards rushing, including a TD; and, McCray who was 9-16 passing for 161 yards and added 100 rushing yards and a pair of TDs.

The Junior Varsity Spears fell 22-0 to the Brantford Bisons. No score was available from the Bantam Spears game. 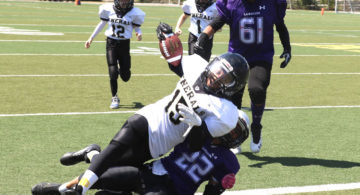 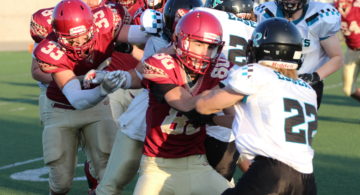 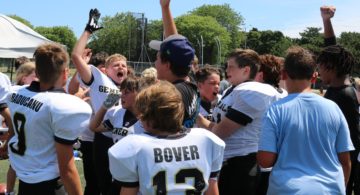