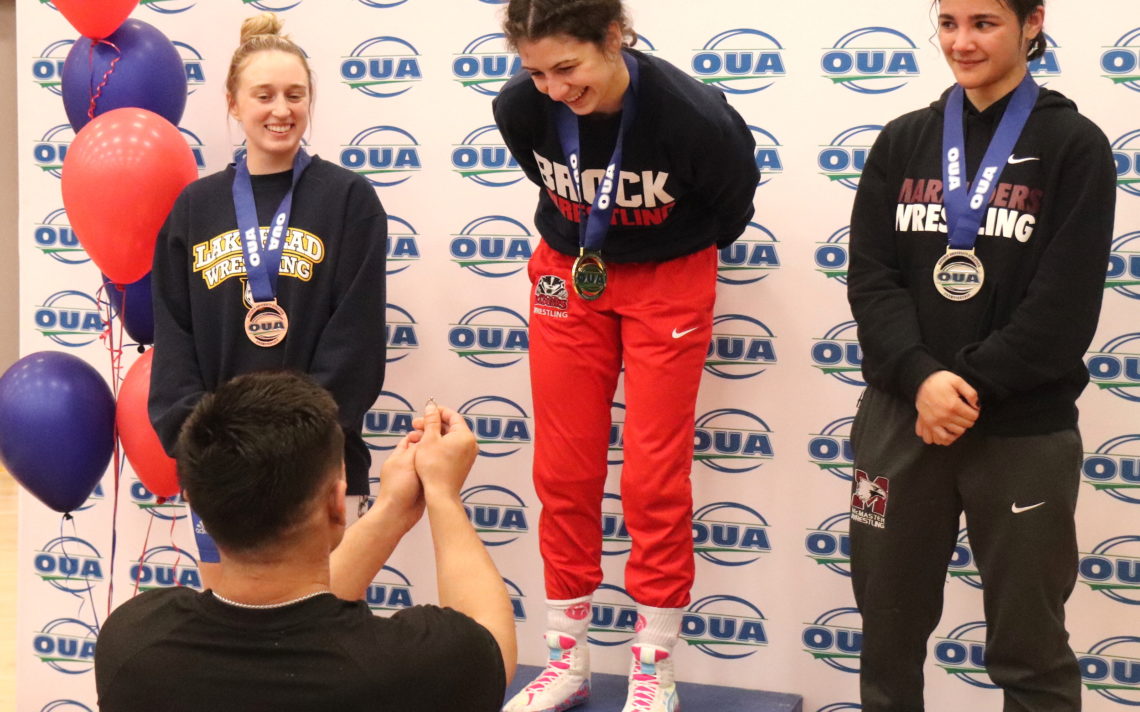 Brock wrestler Samantha Romano got a lot more than she bargained for when she stepped on the podium Saturday to receive her Ontario University Athletics 50-kilogram gold medal at Brock University.

Her boyfriend Anthony Romero, a pro MMA fighter, was the presenter and, after handing her the gold medal, he got down on one knee, held out an engagement ring and proposed to her.

“He knelt down and I said ‘Stop. This isn’t funny.’ I thought he was joking around and I was like ‘What?’ I had no idea he was going to do it.”

It clearly made a big day even bigger for Romano.

“It makes it a lot more special. It is like two wins in one day.”

Getting engaged on a wrestling podium seemed fitting considering they met through wrestling.

“One of my coaches runs a MMA gym and he brings the fighters in to wrestle us every so often,” Romano said. “We first saw each other in the wrestling room, realized we lived in the same town and we just got talking from there.”

Romero had been planning the big moment for a while.

“It was a special day for her, it is her last OUAs, her family and teammates were here so it seemed like a good moment.”

The 22-year-old Romano won OUA gold and OUA rookie of the year in her first season at Brock. After taking her second year off, she won again in her third year and then saw her fourth year derailed by the COVID-19 pandemic.

“I am so sad that I am done. It is such a great tournament and I am so happy to be here but it is bittersweet in a way because I know that that was my last varsity match in OU Sports.”

Like her teammates, she found it tough to lose the 2020-21 season to the pandemic.

“It was devastating, not just for me but for the whole team, but at the same time I was getting over a shoulder injury and it gave me a good chunk of time to rest and repair my shoulder,” she said. “Coming back to training wasn’t easy but I think it was necessary for me to so that I would have a strong and healthy shoulder. I guess everything happens for a reason.”

The two-time USPORTS silver medalist would have liked to get a crack at her first national university championship but it wasn’t to be and she is OK with that.

“There are so many things I have won in wrestling and not even tournament-wise,” she said. “I have won a family with Brock and I will have them forever. It has been such a great experience with these coaches and I wouldn’t trade any of it for the world.”

Romano is planning to apply to graduate school and write the LSATs (Law School Admission Test) this year.

“In the meantime, I am going to keep training,” she said. “The 2024 Olympic trials are happening in December 2023 and it gives me a year and a half to really focus on wrestling.” 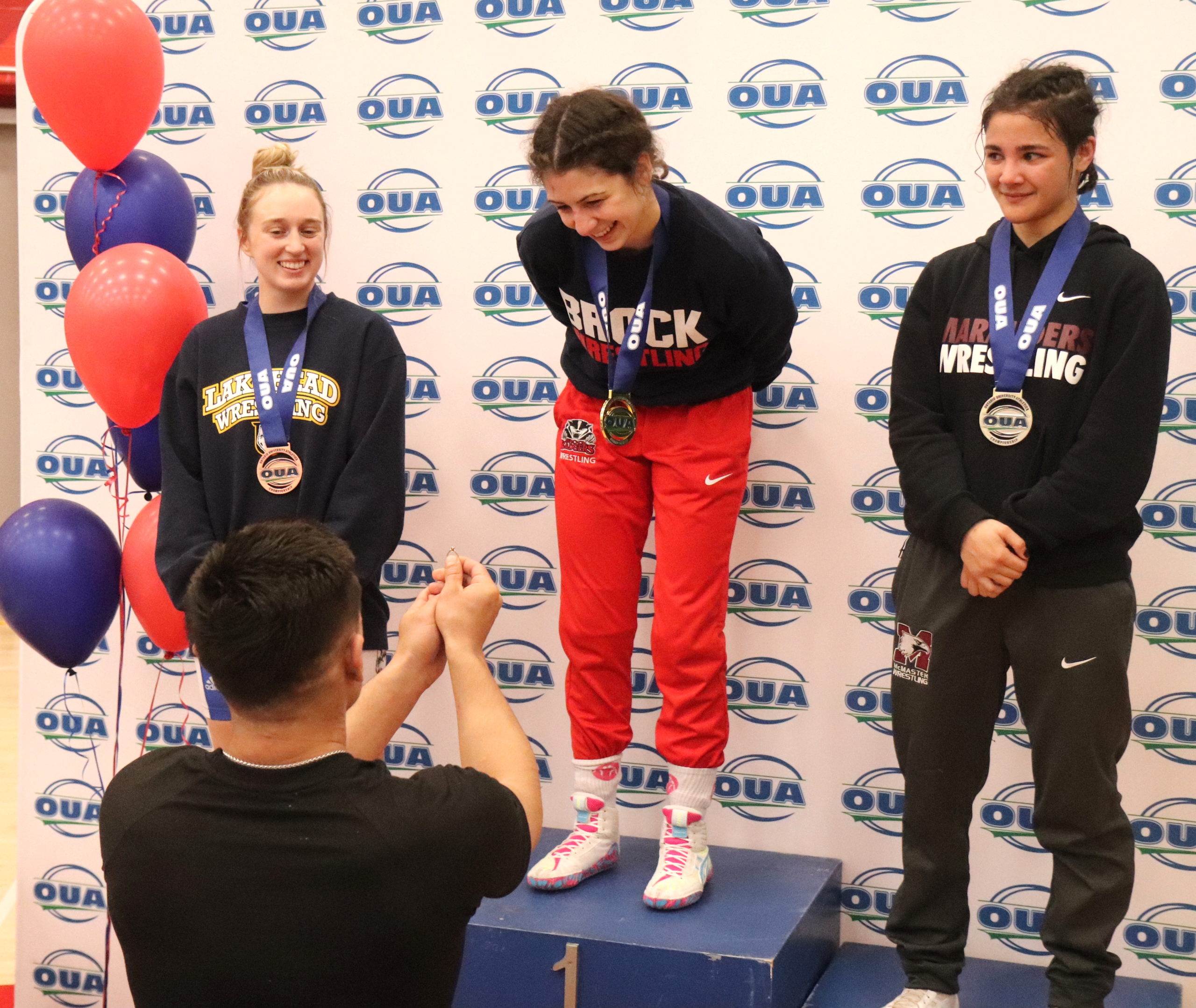