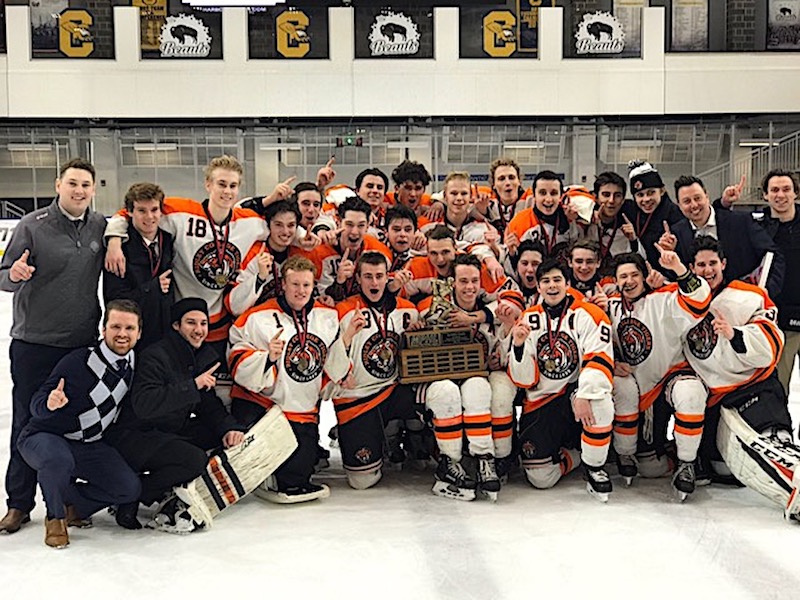 The Ridley College Tigers have made habit of winning the Mid‐West Prep Hockey League championship and this season was no exception.

The Tigers captured their third MPHL championship in the last four years recently at the Harbour Centre in Buffalo.

Ridley defeated Stanstead College from Quebec 1-0 in the finals after topping Lake Forest Academy of Illinois 5-2 in the semifinals. They began the tournament with a 3-2 overtime win over Bishop’s College of Sherbrooke.

“It was pretty exciting,” Ridley head coach Mike McCourt said. “That’s three championships in the last four years for us which has been great.”

McCourt, who is assisted by Zack Jones, Josh Dubinsky and Andrew McNiven, felt the Tigers had a solid shot at the title.

“We had a great year. We ran into some injuries in late January and February so we were right in the thick of things all year,” McCourt said. “The league has a lot of parity. The top five teams were extremely tight.

“We got great goaltending and everybody seemed to elevate their game. It was a total team win for sure.”

The MPHL is one of three leagues and championship the Tigers content for each season.

The league is a 10-team circuit made of teams from Illinois, Pennsylvania, Ohio, Vermont, Quebec, Buffalo and Connecticut.

“I think this is maybe the crown jewel for our guys,” McCourt said. “I think they get excited to play with the diversity of teams and how they are spread out.

“It’s highly recruited and there’s a lot of scouts that get out to these games so our guys get excited to play in that league.”

The Tigers celebrated the championship in style, bussing back from Buffalo and stopping in Fort Erie at The Barrel, a local establishment well know for its Italian food.

“The local guys wanted to go to The Barrel,” McCourt smiled.

The wing sauce was barely wiped from their fingers and the Tigers had to gear up for another championship run in the Conference of Independent Schools Athletic Association (CISAA), which is made up of prep school programs from Ontario and Western New York.

The Tigers came up just short, dropping Game 1 in overtime to Upper Canada College before being eliminated by UCC in double overtime in Game 2.

“That league has a lot of parity as well,” McCourt said. “I think our guys mentally were on such a high and then you have to regroup and start all over again.

“It’s a tough turnaround. You’re so emotionally invested in winning that one championship. You sacrifice and you win it and then you have to come back and try and do it all over again.”

Nevertheless, McCourt couldn’t have asked any more of his club.

“I was proud of our guys. We were a bounce away from beating UCC in both those games. They were a much older team. It was a good experience for those guys to go through.”

The Tigers are now gearing up for their third and final championship run with the CIS schools at a National Tournament next week in Toronto.

“It’s unique playing for three championships,” McCourt said. “If there is one saving grace we’ve had six days to practice and six days to rest up and mentally get refocused.” 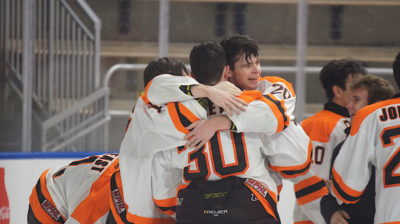 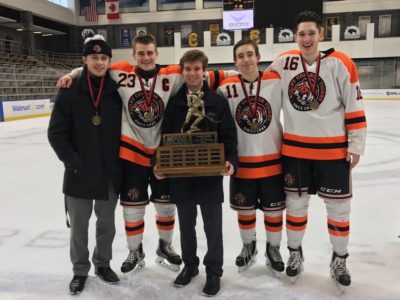