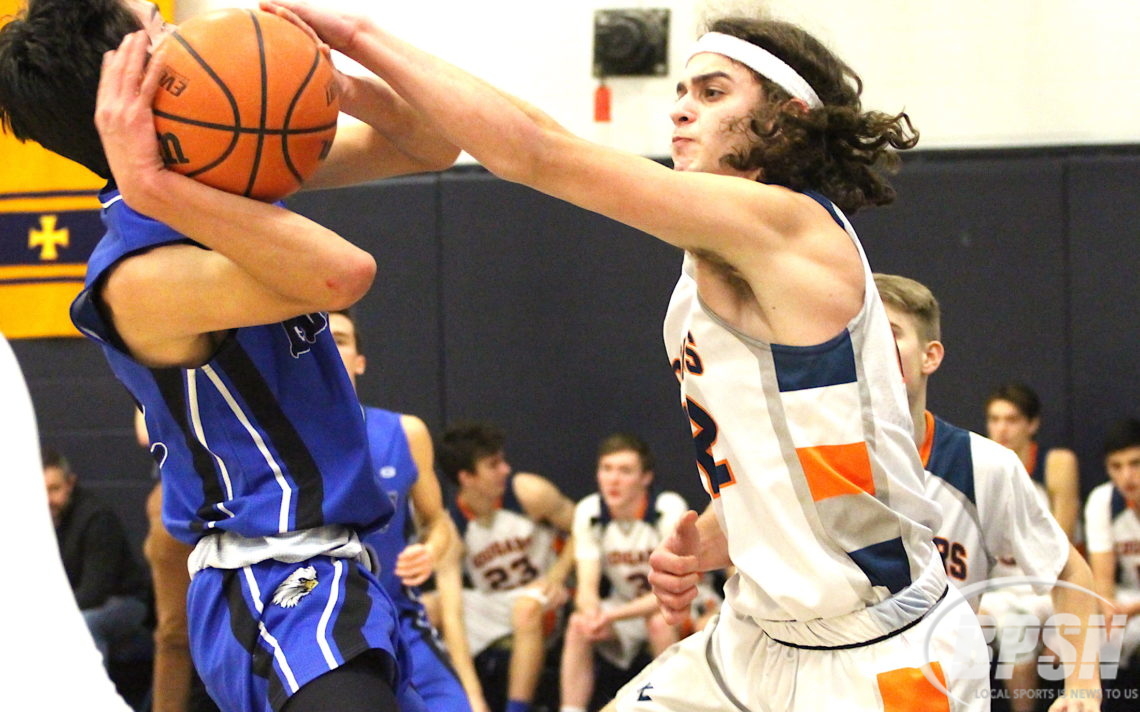 Trent Thorpe was a man on a mission Thursday.

The 16-year-old, Grade 11 student poured in a game-high 32 points to lead the Eden Flyers past the Centennial Cougars 47-46 in a championship round quarter-final game at the 65th Annual Welland Tribune Boys Basketball Tournament held at Notre Dame.

Thorpe earlier Thursday canned 17 as the Flyers opened the tournament with 58-41 win over the Lakeshore Catholic Gators.

“It feels great,” said Thorpe, who plays travel for the Niagara Tigers. “This tournament is a big deal, it’s huge. To come in here playing good, it’s a great team win and we’re looking forward to tomorrow.”

Thorpe was on fire from the tip-off, scoring 13 points in the opening quarter.

The Flyers led 21-16 after one and 29-28 at the half against the Cougars, who were coming off an exciting, last-second upset win over the Governor Simcoe Redcoats.

Eden coach Jonathon Thorpe was well aware the Cougars had momentum on their side.

“I told the guys before they beat somebody they weren’t supposed to so I’m sure they thought they had another one in them,” he said. “They’re a great team too.”

Coach Thorpe was concerned his team might hit the wall in the second game of the day.

“We were a little low on numbers so making sure we didn’t get gassed or run into foul trouble,” he said. “That was my biggest focus, to stay healthy and nobody get run into the ground.”

Centennial coach Craig Maltais admitted his charges may have run out of gas.

“Our guys came ready to play and played the right way. The ball just didn’t go in.”

The Saint Paul Patriots advanced to the semifinals with a 73-60 victory over the Greater Fort Erie Gryphons in quarter-final championship round action at Notre Dame.

The Pats led the whole game but had to withstand a third-quarter rally by the Gryphons, who shaved the lead down to five.

“We had a chance to put them away. We were up 20 on them in the first half and I knew it wasn’t going to be a 20-point game,” Saint Paul coach Frank Capretta said. “We were up 15 and they scored eight straight to end the third quarter and I told our guys in the time out that we have to battle.

“We battled and finished it in the fourth quarter.”

“We stunk in the first quarter,” he said. “We fell into a rut and we switched a couple of things. We tried to speed things up with the press and it seemed pretty good.

“We got it close but we just couldn’t get it going.”