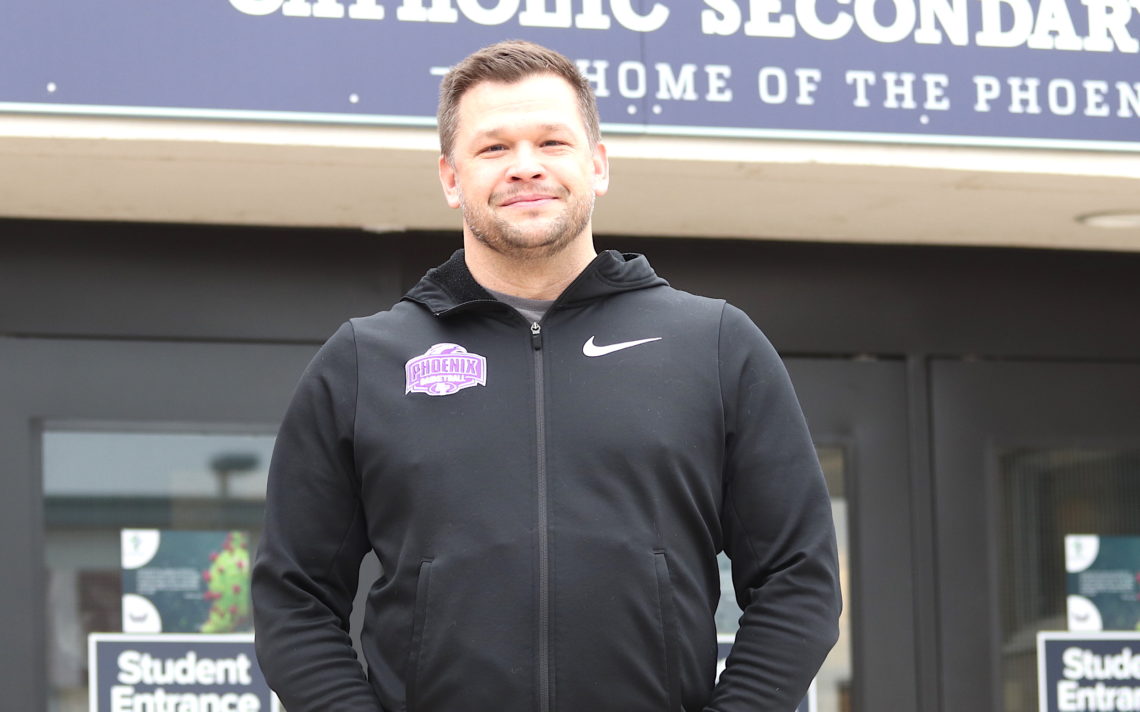 The basketball gospel according to Jon

Marcheterre was teaching Grade 1 and 2 French at a Smithville elementary school where Cindy was an educational assistant.

By the following spring, the couple was dating. That fall, the 40-year-old Etobicoke native found himself in the Saint Francis gym watching his future brother-in-law, Pat Sullivan, coaching the Phoenix senior boys basketball team at the Mike Sullivan Memorial Tournament.

“It sounds kind of corny but I knew then that this is where I wanted to be and I knew this is what I wanted to do,” said Marcheterre, who, if not for the COVID-19 pandemic, would have been entering his fourth season as the head coach of Saint Francis’ ultra-successful senior boys hoops program.

It took awhile before Marcheterre would get his wish. He taught elementary school for four years in Smithville and taught and coached five years of junior boys basketball and junior football at Saint Michael before landing with the Phoenix five years ago.

At Saint Francis, Marcheterre, who also coaches baseball at the school, coached the senior girls basketball for two years and served as the assistant coach of the senior boys team for one season before taking over as the senior boys bench boss.

He has managed to maintain the program’s standard of excellence that has seen the team win 16 of the last 18 Southern Ontario Secondary Schools Association AA championships and nine Ontario Federation of School Athletic Associations medals. Marcheterre has steered the Phoenix to back-to-back OFSAA bronze medals and three straight Standard tournament titles as part of a record run of four straight crowns.

Pat Sullivan has helped keep Marcheterre humble while also serving as a mentor. 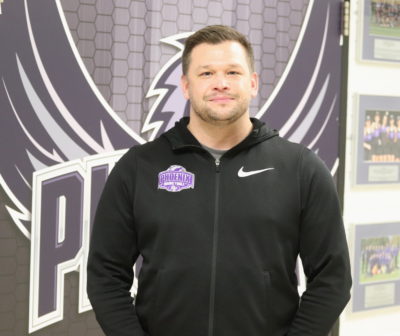 “For me, this is understanding this is a lot bigger than myself and the current team. Pat is always around even if he’s not in the gym and hardly a day goes by when I don’t talk to him about my practice plan or some of the concepts we are trying to use,” Marcheterre said. “He always has an influence on the program and I am always conscious that I better be doing a good job of respecting what he did.

“There is going to be someone after me and I have to make sure that I protect what he built and do it justice. I just have to do it in a way that allows these kids to be successful in this moment.”

The former Brock baseball player and 2000 Canadian university champion points to stability as the main reason for the program’s success, starting with the school’s junior boys coaches.

“Rich (Alderson) and Mike (Lucas) are setting the tone early. Kids come in in Grade 9 and there’s a standard they are held to that prepares them for senior,” he said. “It’s a tradition of being a part of something bigger and they want to be that next chapter.”

“It’s allowing athletes to play and putting them in situations where they can be successful.”

He feels it is essential to develop relationships with his players.

“Most of the kids I coach aren’t going to be playing basketball after high school, so we’re trying to create a whole lot of fun and enjoyment when they are here and equip them with some skills to deal with adversity over the rest of their lifespans.”

He wants to provide them with great experiences while they are at Saint Francis.

“That has been the philosophy of the program and I am a steward of that now.”

Those great experiences have included trips to play tournaments in Las Vegas, California, Florida and the Bahamas.

“As much funs as the games are, those are the memories that the kids really cherish.”

As for Xs and Os, Marcheterre tries not to confuse his players.

“We teach genuine skills, put them in certain spots and not overwhelm them with elaborate plays. We let them be athletes.”

Alderson and Marcheterre have both made changes to their on-court systems in the past year.

“The structure of our offence and defence has really changed,” Marcheterre said. “It is a little bit more of defined roles offensively and while defensively we still kind of adhere to the Saint Francis principles of our press and ball pressure, we adjusted some of our half-court defences.”

Marcheterre, who coached with the Niagara Tigers boys basketball program and will soon be a coach with Niagara Basketball United, feels it is important for teachers to coach.

“It’s part of our jobs and finding another way to help kids get through their days. Mr. (Jim) Whittard, our principal, always preaches to do what you would want done for your kids and find a way to help kids out,” he said. “Our job comes first but whether it’s with an art club or a basketball team, it’s finding a way to be involved in these kids live. It creates all kinds of trust for you in the classroom and it’s vital.”

“Watching them interact and experience different things when we are out on the road are special things that you remember,” he said. “I can’t tell you a score of almost every game we played. I want to win as much as anyone but I recall images of the guys goofing around at the restaurant and those types of things. That’s the fun of it.”

Coaching also helps him away from the court.

“We are able to hold them accountable for their schoolwork and how they behave in the hall or whatever it might be. They understand that playing basketball is a privilege.”

Like all high school coaches who love what they do, Marcheterre has seen his fun halted by the COVD-19 pandemic. Not getting a chance at winning a fifth straight Standard title this month has made the absence of hoops noticeable for Marcheterre and his charges.

“Now it has hit home with them that we are not playing,” he said. “The Mike Sullivan tournament is incredibly important and special to us and all the kids know what it means to our family and the program.

“That was the first wince, but Standard week is just special. There is a buzz in the building when it’s Standard week and not having it really put into perspective how different this year is. We knew it was going to sting.”

Away from Saint Francis, Marcheterre has been an assistant coach with the Brock baseball team for the previous four seasons and had a five-year stint as the general manager of the Niagara Metros.