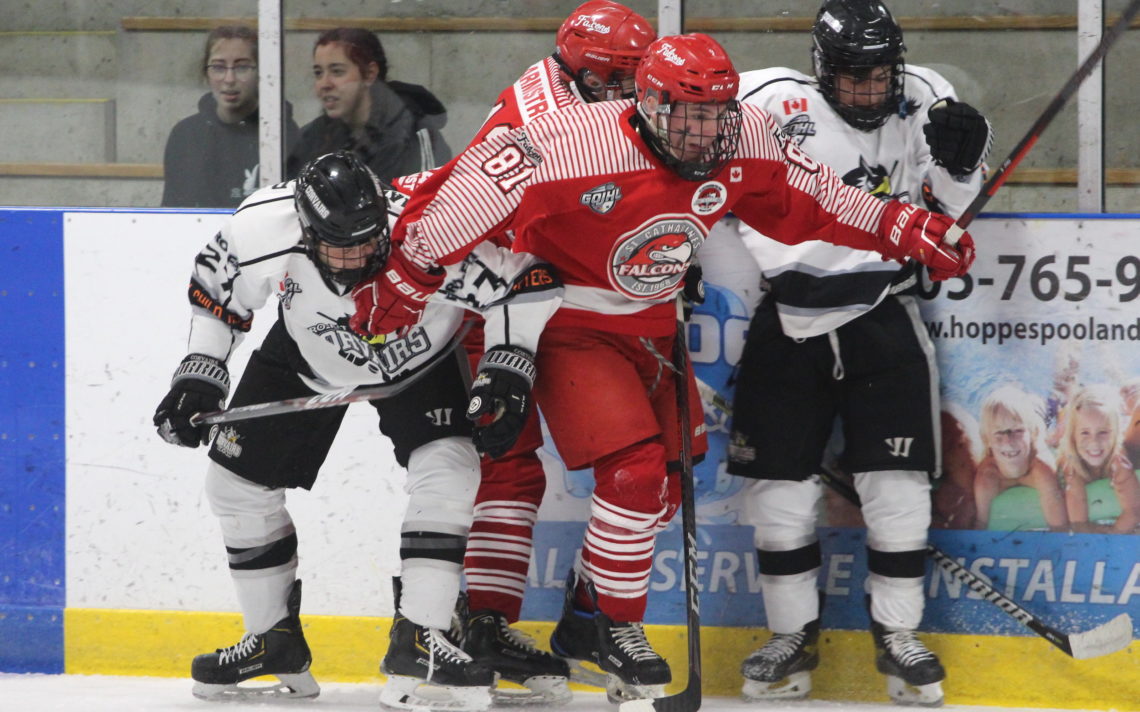 Just 48 hours before the biggest night of his life, the 16-year-old rookie has done nothing but increase his stock for the Ontario Hockey League draft Friday night.

The Falcons advance to the championship finals versus the winner of the Fort Erie-Hamilton semifinal series which is tied 3-3. Game 7 is Friday in Hamilton.

Testa, who joined the Falcons after his season with the Niagara North Stars U16 AAA was completed, has five goals and 10 points in seven playoff games.

“You have to be humble about it for sure,” Testa said. “It was a good way to end the last game before the draft I would say.

“It’s just a game and you’re only as good as your last game so I have to keep rolling into this next series.”

Falcons assistant coach Greg Jambrosich, who played at the OHL level, couldn’t help but smile when asked about Testa.

“It’s obviously something that’s very special. He’s a special player and especially to see him do it in that fashion and get us back into the game when we weren’t our best for probably the first 20 minutes of the game,” Jambrosich said. “We’re excited and it’s fun to watch and we feel like he’s going to be a big part of our team going forward here.”

Testa scored his first goal in the first period offsetting a marker by Caledonia’s Dylan Dekoe.

The Corvairs took a brief 2-1 lead with an early goal in the second before Testa went to work and netted two goals less than three minutes apart to give the Falcons a 3-2 lead. Testa then added two more assists in the period as the Falcons built a 6-2 lead after 40 minutes.

“I thought we were a little slow off the start but it is what it is,” Testa said. “We battled back and all around it was a team effort for sure.

“I think it got the boys going and they all hyped me up. It feels nice to get it going and we rolled along and scored nine.”

“Definitely a great feeling,” Jambrosich said. “Obviously with some circumstances of the way the game went on, some players got held back a little bit, but anytime you come into Caledonia and close out the series the way we did, it’s always positive and we’re looking forward to the next one.”

The Corvairs self-imploded in the second as coach Alec Brown was tossed for unsportsmanlike conduct after Braydon McCallum was whistled down for a five-minute major for goaltender interference. Mitchell Armstrong came to Andrew MacLean’s defence and was ejected for fighting.

That was pretty much it for the nonsense, a hit on MacLean by Calvin Crombie notwithstanding in the third.

“Overall, I’m proud of the boys and we’re looking forward to the next one.”

Falcon facts: The Falcons were without veterans Mason Howard and Kyle Glenney while defencemen Josh Reilly (1/13) and Mitchell Dymtrow (2/11) were serving suspensions.

Up next: The Falcons advance to the Golden Horseshoe final versus the winner of the Fort Erie-Hamilton series which is tied 3-3. Game 7 is Friday in Hamilton. 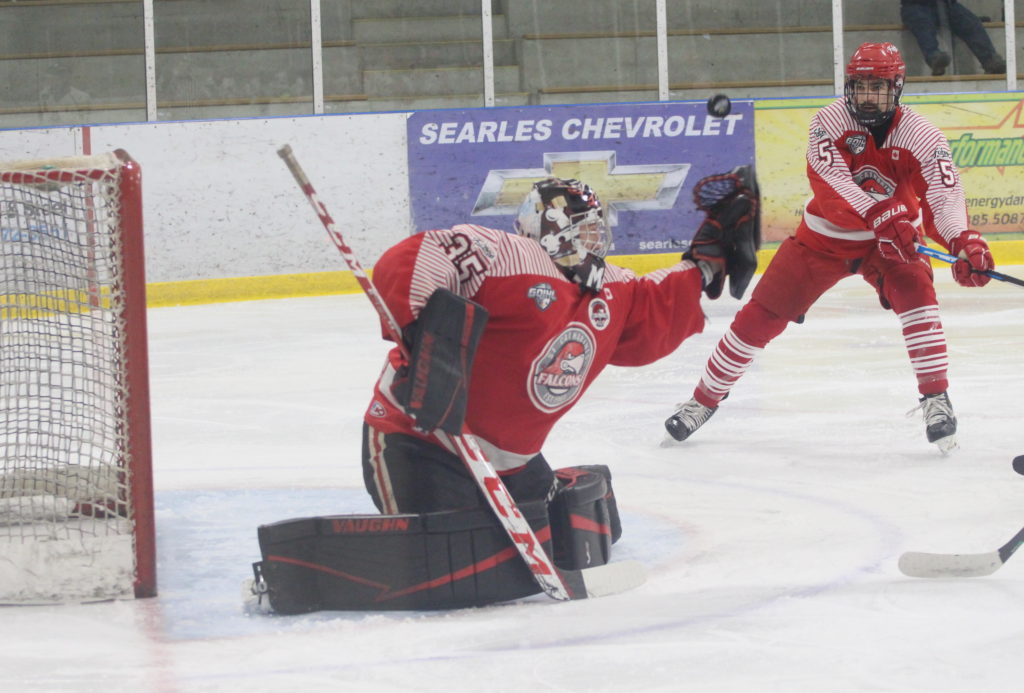 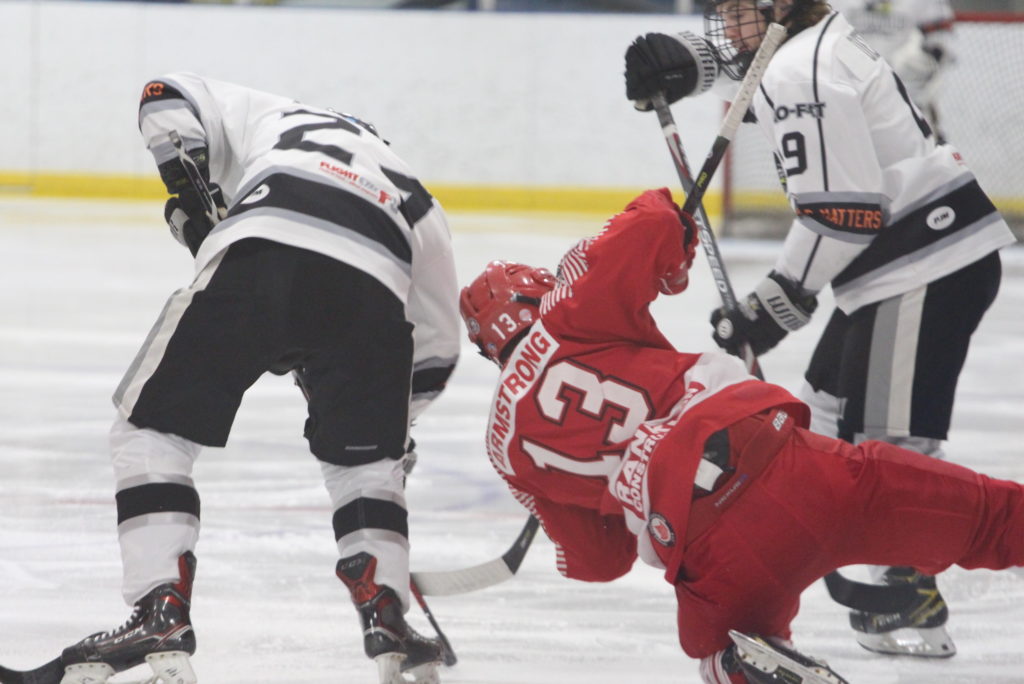 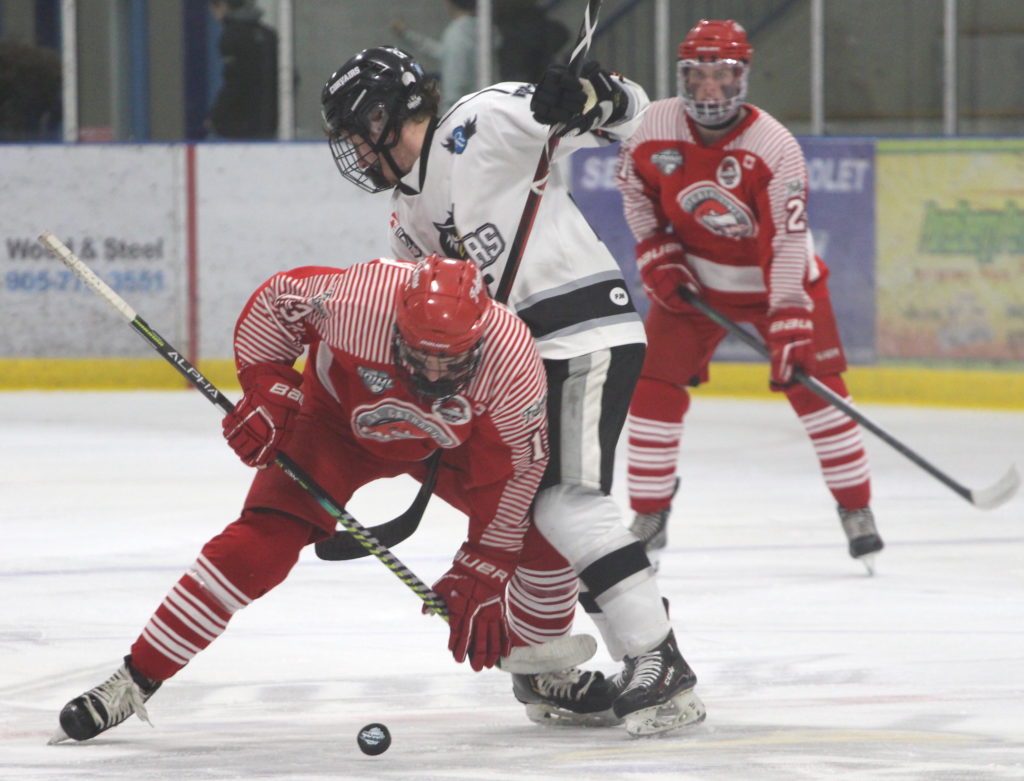 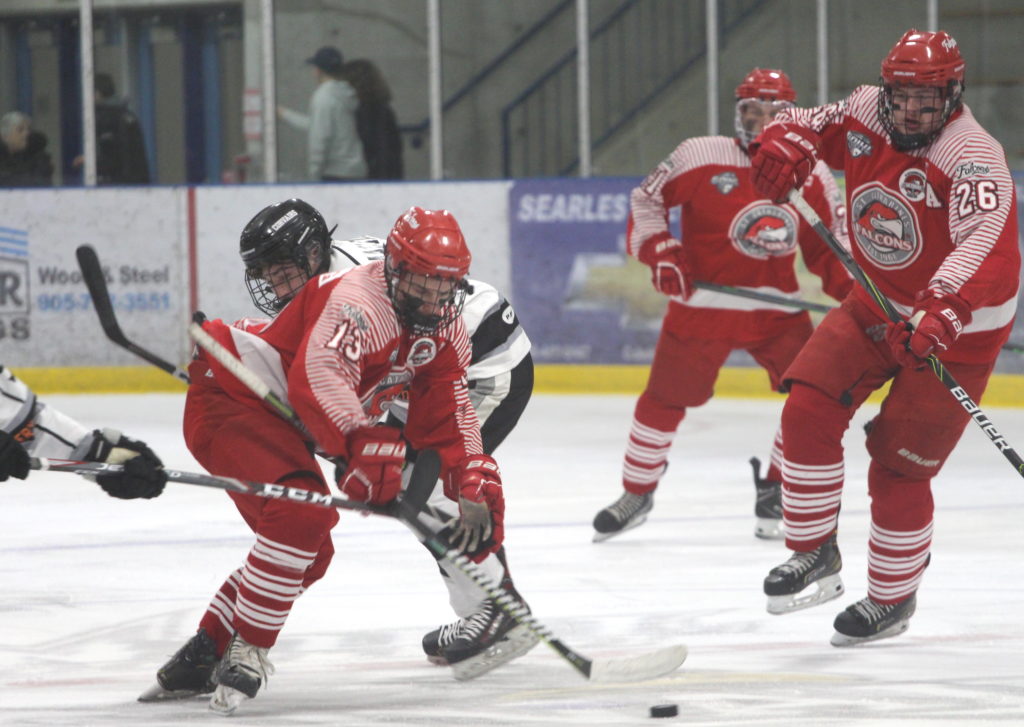 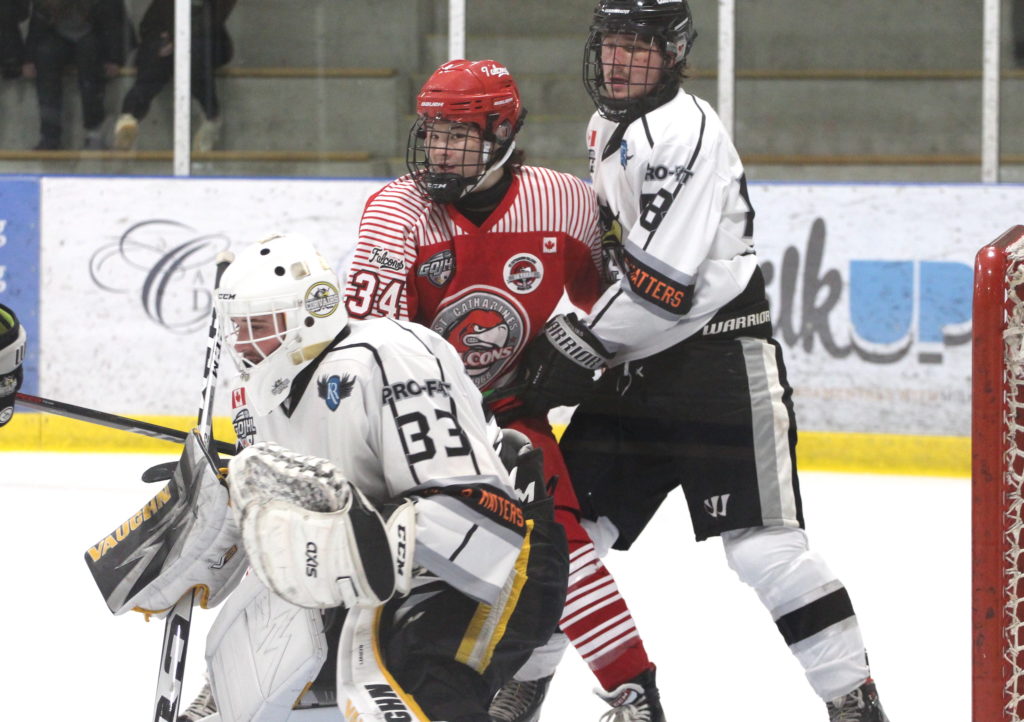 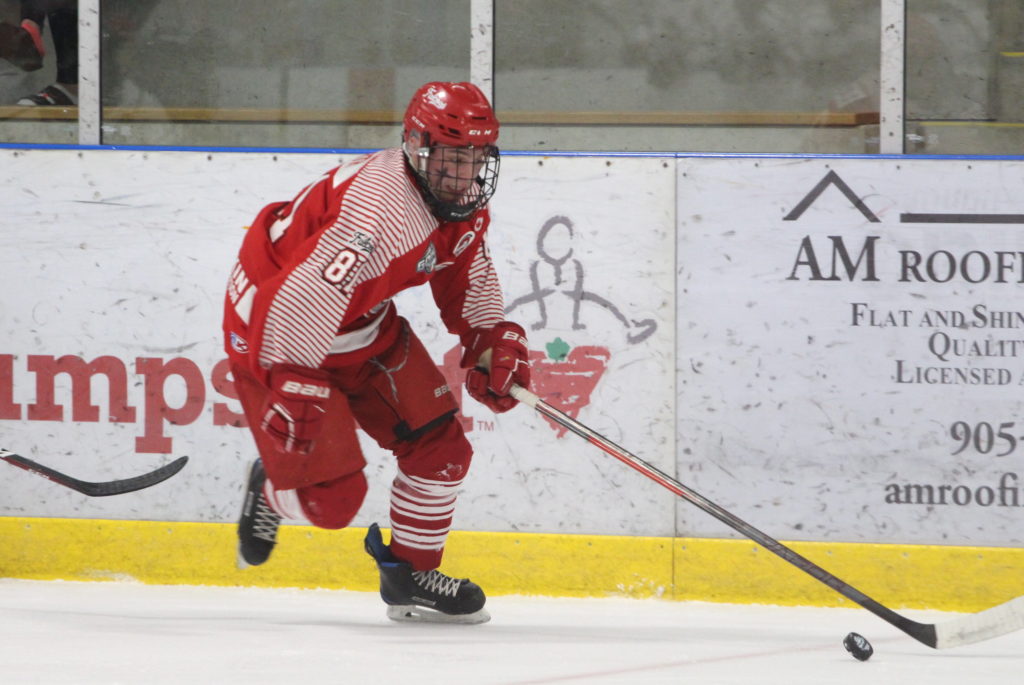 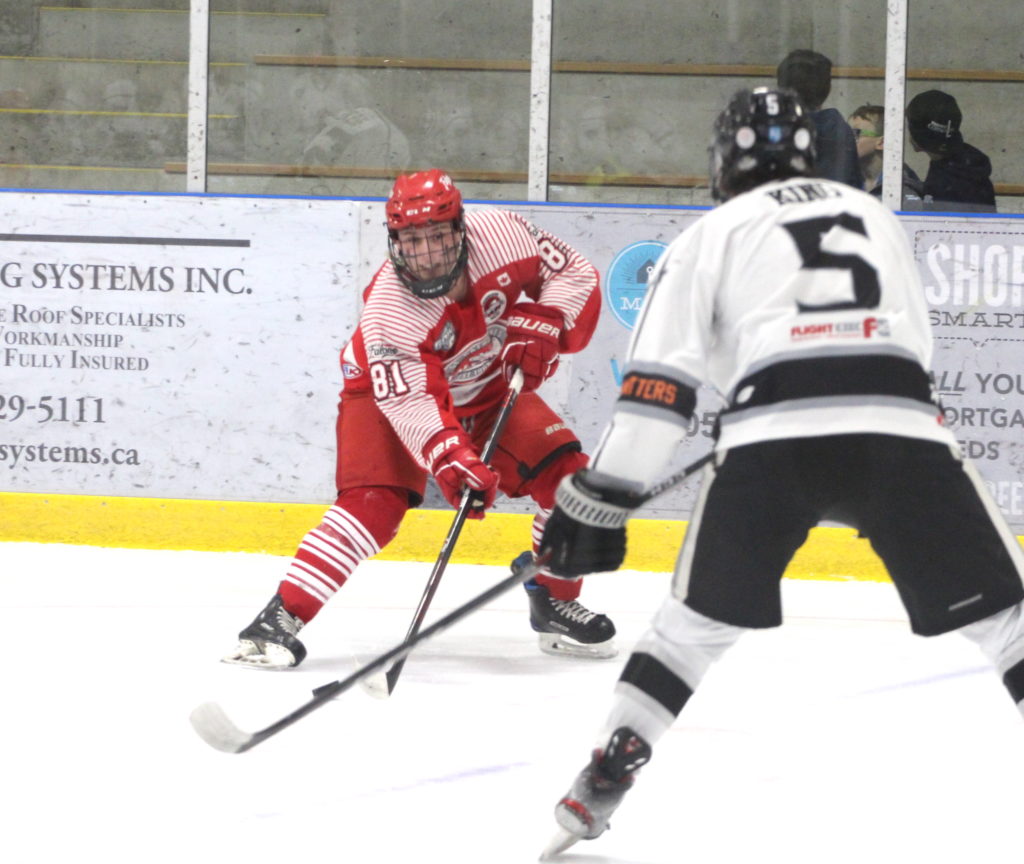 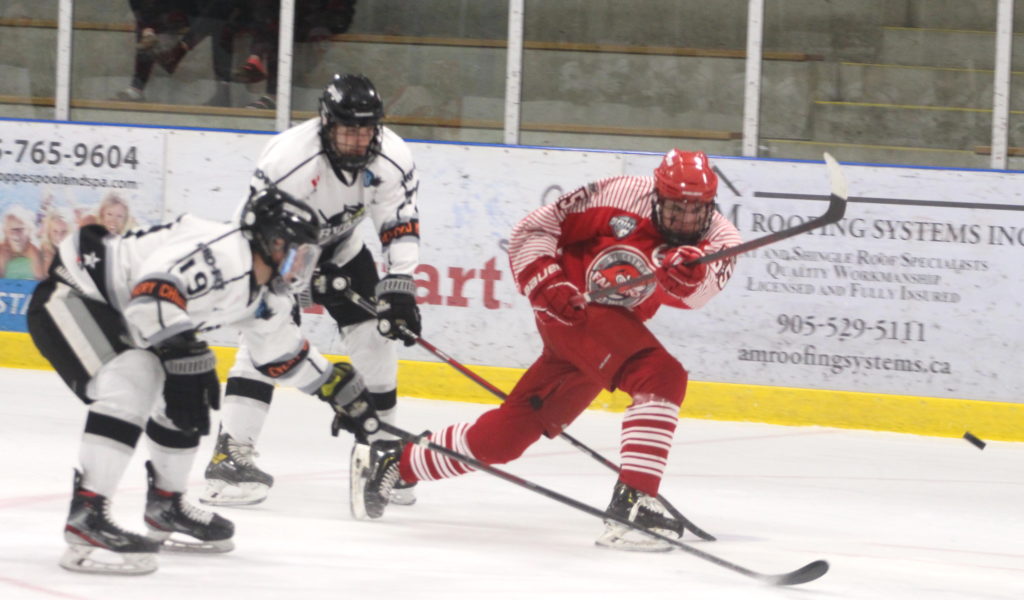 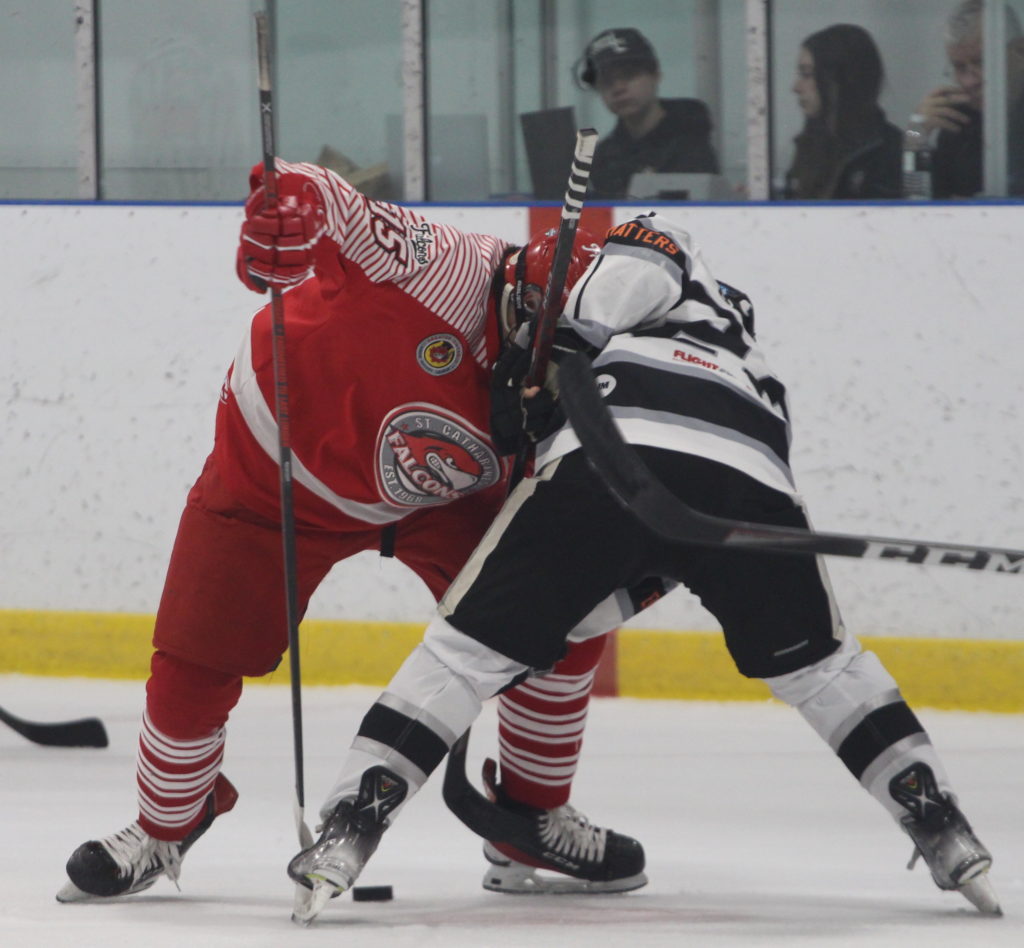 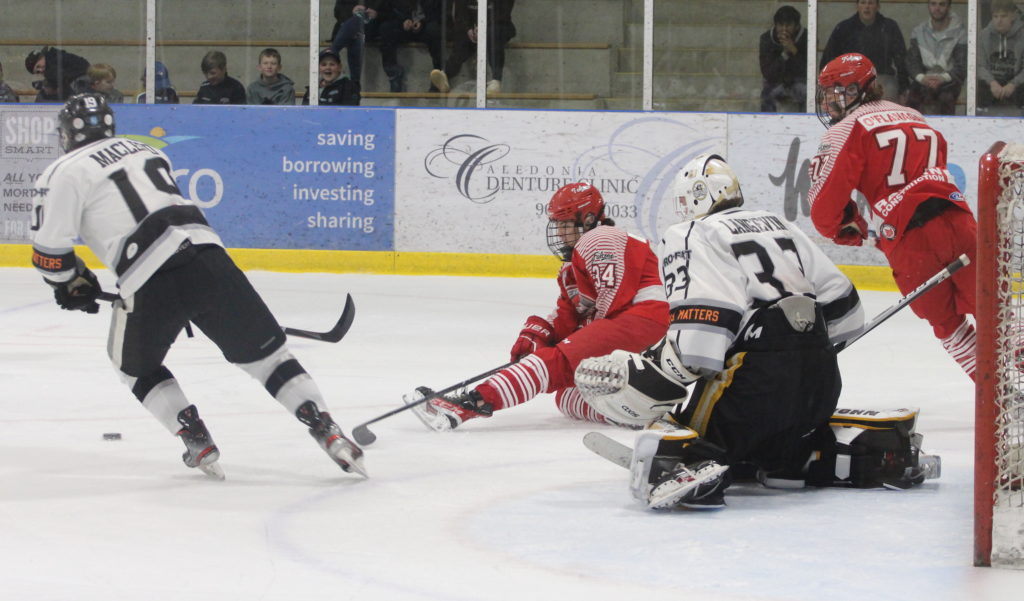 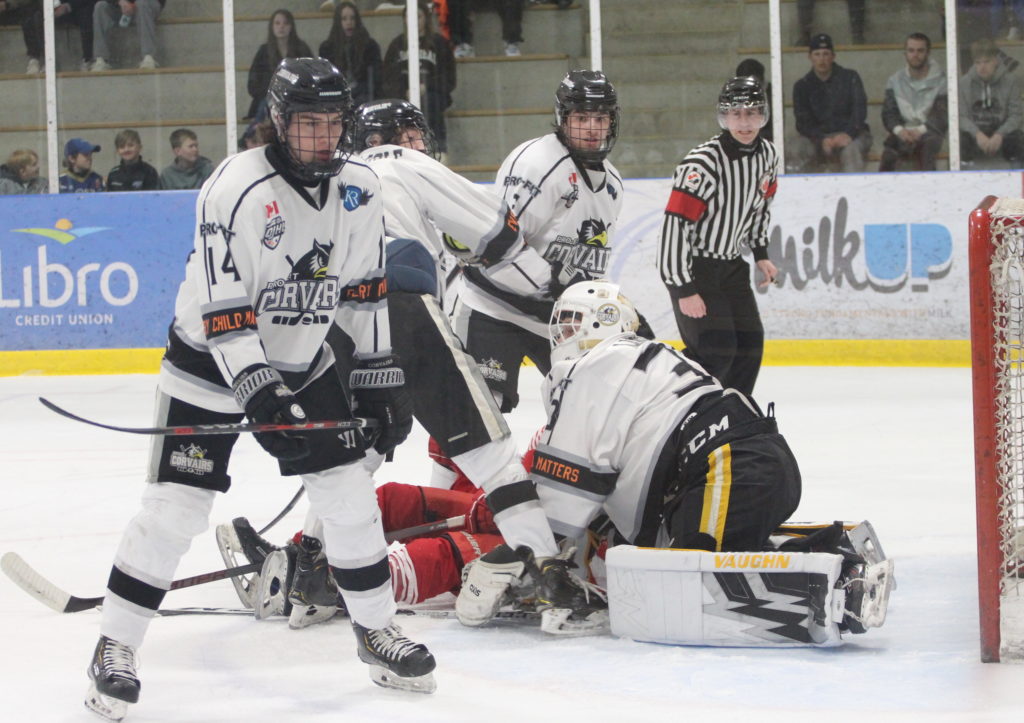