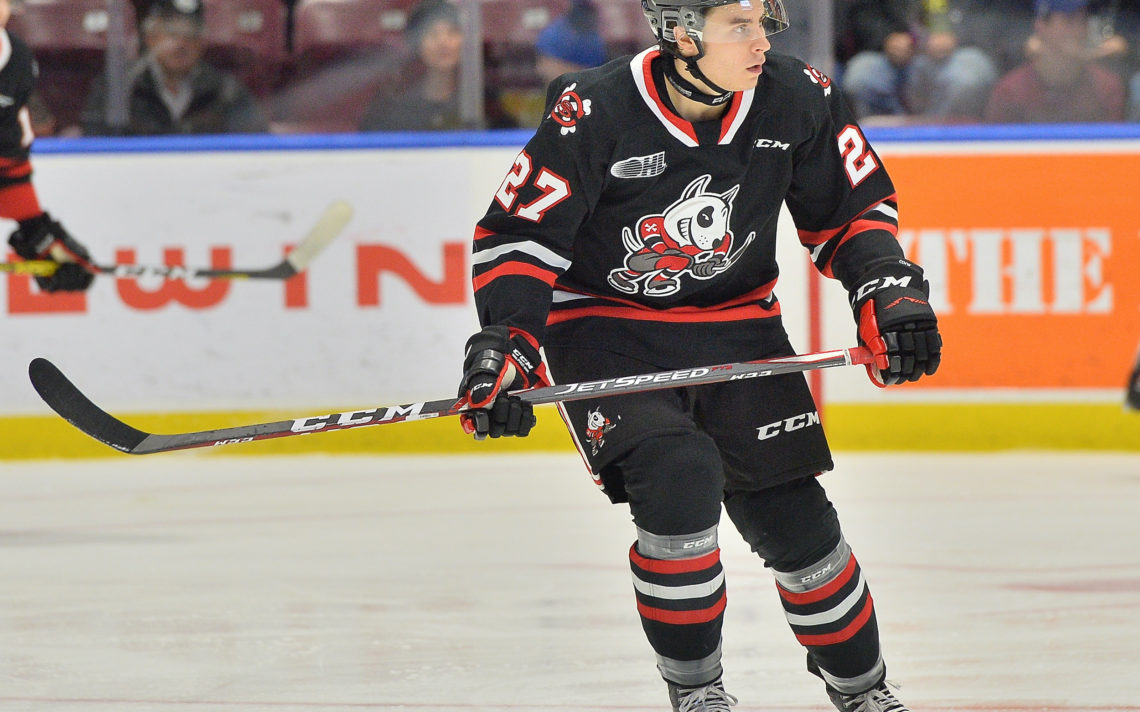 Niagara IceDogs general manager Joey Burke is cautiously optimist the Ontario Hockey League will be back on the ice following a statement by Sport and Tourism Minister Lisa MacLeod earlier this week saying she is “confident” of a new return-to-play plan — one that includes body contact.

“The initial thought was she hadn’t been particularly positive in terms of our return to play at this point. Certainly seeing her speaking like that is very encouraging,” Burke said.

Burke said the league has cancelled several virtual meetings recently with governors of all 20 teams, leading to speculation that final details for a return to play are being worked out.

“We haven’t had the big follow up meeting yet — they’ve delayed it a couple of times — but it leans in my opinion that we’re almost there. It seems all the boxes are getting checked now and I believe the league is going to call a meeting with the governors in the short term here and they’re going to tell us we’re back.

“At this point now, we’re the only league in the world of our calibre or higher that’s not playing,” Burke said. “We obviously have had some additional challenges than maybe some other leagues and areas, but these players are anxious. Everyone is fed up. It’s been a full calendar year since we played. I speak to the players pretty much every day and they are texting me every 20 minutes looking for an update.

“Everyone is raring to go and it would be huge from our end not to lose a season entirely.”

Burke said the IceDogs are in favour of playing, regardless of the details.

“For this season, we all know at this point it’s going to be an 18-24-game type of thing. It will be a very shortened season but the most important thing is getting some semblance of a season for our players, especially for the young guys and the over-agers

“We’re prepared for whatever it is, whether there are no grants or no fans or no anything, we’re prepared to grind it out, get through this shortened season and certainly the on-ice product will be better for it next year. No matter what it is, we’re determined and adamant that we’re ready to go and committed to playing.”

It is expected if the OHL does return, a handful of cites would be classified as bubble cities and host teams in their arena.

“We don’t know who’s going to host them or what it’s going to look like at all but we would be very much interested in hosting one,” Burke said. “I’ve already put us forward to the league as an option. I’ve relayed we have everything in Niagara and St. Catharines to make it a very realistic option with Brock just down the road and the hotels, the facilities and additional ice pads around the city. We have so much it makes so much sense for us to be one.”

Dear reader. If you liked this story or one of the 3,200 other stories found on our website, please consider hitting the Support Us button on the right-hand side of our home page and making a PayPal contribution to our website. Your support would be much appreciated.““