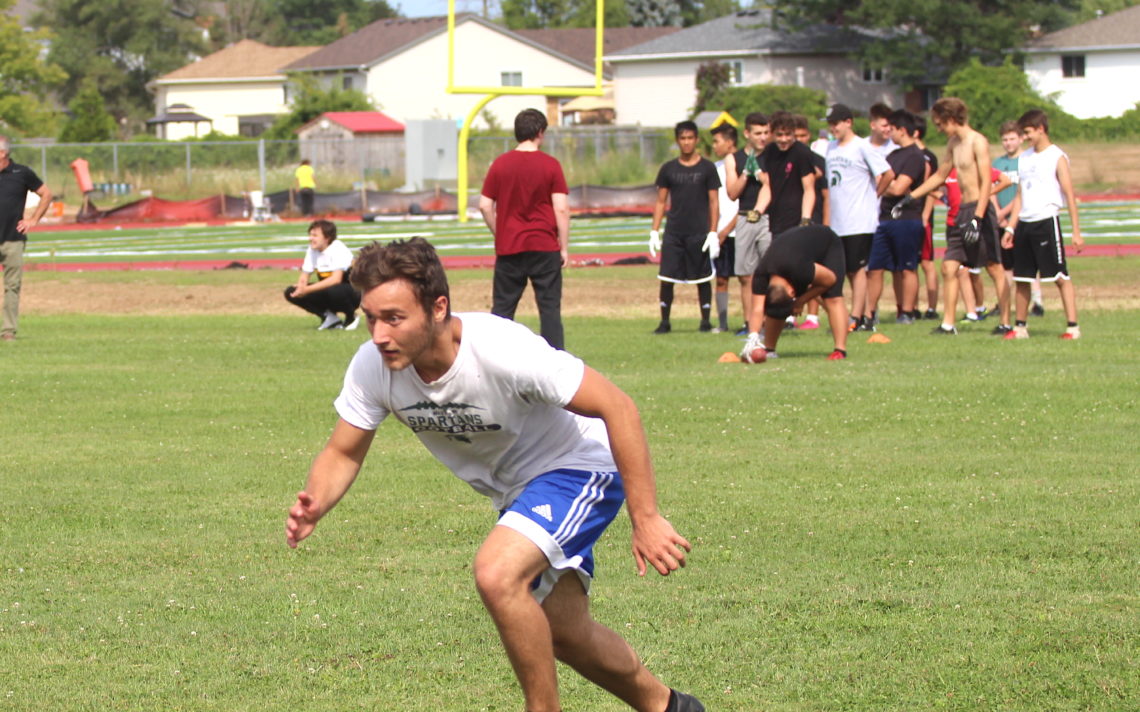 Spartans look to build on 2018

After making it to its first championship game in 20 years, the Westlane Spartans senior football team is hoping to take another step this season.

“We are trying to carry on where we left off last year and I think we are further ahead than we were last year, but we have a lot of work to do,” head coach Jason Babony said. 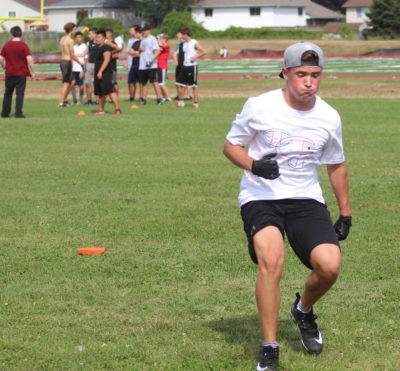 The joint Westlane and Stamford team —  the two schools joined forces in 2017 — went 4-1 in regular season play in 2018 and defeated Greater Fort Erie 25-15 in the semifinals. They fell behind A.N. Myer 35-0 in the Niagara Region High School Athletic Association championship game, but rallied to make a game of it before losing 45-22

Babony feels his team is ahead in a couple of areas.

“I see a little more skill, my QBs (quarterbacks) are a little more game ready, and with carrying through the same system we had last year, most of the kids know it already.”

Westlane staged a training camp the week before school started and Babony liked what he saw.

“It was mostly conditioning and some skeleton work and hopefully more of the hogs come out this week and we can get some linemen stuff going as well.”

Adding excitement to the football program is the almost-ready artificial turf field that the Spartans expect to be practising on by the end of this week. 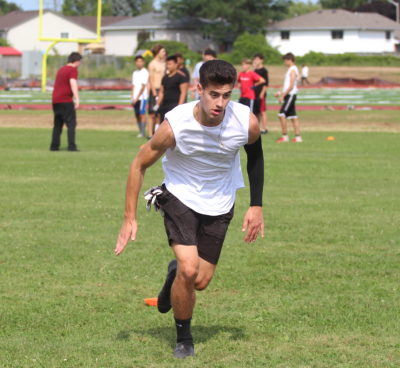 He expects those numbers to grow as the first week moves along.

“He is a quiet leader but he is technically sound for a lineman and can play both sides of the ball,” Babony said. “He plays wherever I need him and he would run through a wall for me.“

Bennett has a number of interest from Ontario and Nova Scotia schools and the University of Calgary.

Like his coach, the six foot, 285-pounder is hoping Westlane can build on the success of 2018.

“There’s a lot of talent coming in this year that we can utilize and make us better than we were last year,” the 18-year-old said. “Hopefully we can get to the championship game again.”

To get there, Bennett feels his team needs a little bit more focus and the mentality to go in and do what needs to be done.

“Last year, some of the guys were still trying to find themselves and build how they play, but now I feel we are going to have a dynamite team.”

Bennett can’t wait to practise and play on the new artificial turf field.

“It’s really exciting,” he said. “We were expecting it a couple of years ago but I’m happy to have it now and get on it with my boys.”

Westlane did lose a couple of leaders from last season, most notably Chase Bowden, but Bennett is ready to step up and help fill the void.

“I am fully comfortable with that and I am ready to help out any of the guys to lead the team forward this year.”

He is planning on working hard to take the next step as a football player and solidify the scholarship interest he received from scouts last season.

“This year will be by defining moment to see where I can go,” he said. “My biggest step will be getting my technique down and improving my mentality.

Bennett sees his post-secondary future as an offensive lineman rather than on defence.