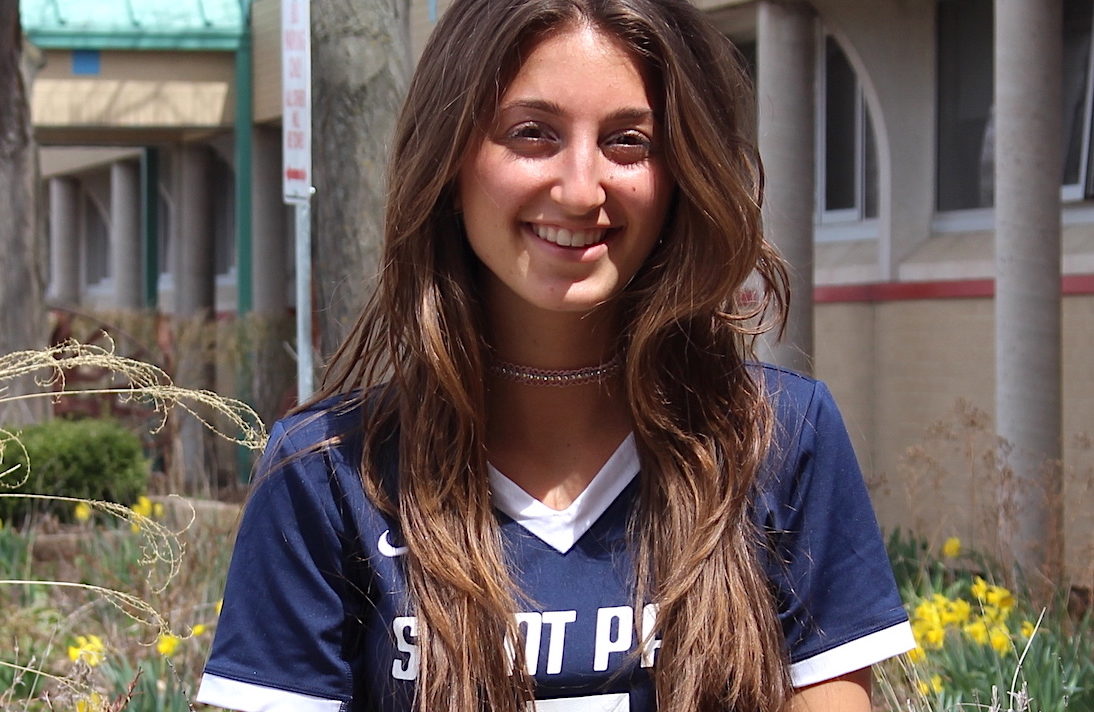 SOSSA tennis champ off to Niagara U

Loreanna Armenti has made a habit of dominating the high school tennis scene in Niagara. 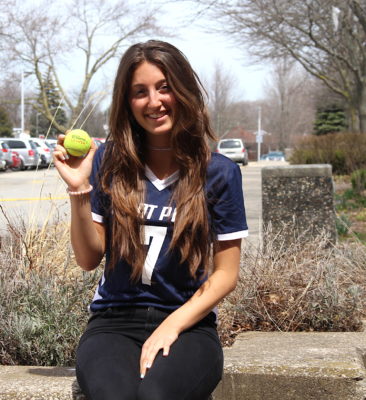 The Niagara Falls resident placed in the top eight at the Ontario Federation of Secondary Schools Associations championships last year and is aiming equally high at this year’s OFSAA championships June 4-6 in Toronto.

“Hopefully I will get good results again and place in the top eight or better,” the White Oaks member said.

Armenti has been playing tennis since age six and her success at the high school level is somewhat surprising considering she has played very few club tennis tournaments. Her lack of club tennis action is mainly the result of being so busy competing in other sports at Saint Paul. In addition to tennis, she wears Patriot colours in volleyball, badminton, baseball and soccer.

Tennis and volleyball are her two favourite sports.

She hasn’t made it to OFSAA in any of her other sports, but did make it to SOSSA for badminton on three occasions, including this year.

When her final year of high school is over, Armenti is heading to Niagara University in Lewiston, N.Y., and is preparing to play on that school’s tennis team.

“It was the only place I applied to because I originally wasn’t going to go to the States and I had never really thought about it,” she said. “Then all these teachers who graduated from there were telling me that the program was great for education and that’s what I am going to be studying.”

They urged her to check the school out and apply and she did so.

“I was accepted a week later and went to the school and fell in love with literally everything,” she said.

She has received an academic scholarship from Niagara thanks to marks in the 90s and is hoping to earn an athletic scholarship with a strong freshman season at Niagara.

She is excited about the whole experience.

“It’s a clean slate and the next four years are supposed to be the best ones of your life so I am looking forward to a new experience, meeting new people and enhancing my skills in tennis and becoming a better player, and maturing as an individual.”

She agrees it will be an adjustment focusing on just one sport.

“For me, it will be a good thing because as much as I like missing school for sports and going here and there, it will be better for me as a person and an athlete to focus in on tennis.”

Tennis is the ideal sport to focus on.

“I have done it for so long that it is a part of who I am and a part of my life. I feel it is right for me to continue in it,” she said. “I am excited for next year and to be able to enhance my tennis skills and compete more.”

An added bonus is that Niagara is so close to home.

“It’s almost closer than the grocery store I go to,” she said. “It’s only 10 minutes away.”

She thought about going to school away from home but quickly realized she was too much of a homebody to leave.

“I want to see my family every day and my nonna,” she said. “She cooks for me a lot and all of them are my biggest support group. It’s the right thing to do for me to stay at home.”

Armenti plans to live at home and commute back and forth to school.