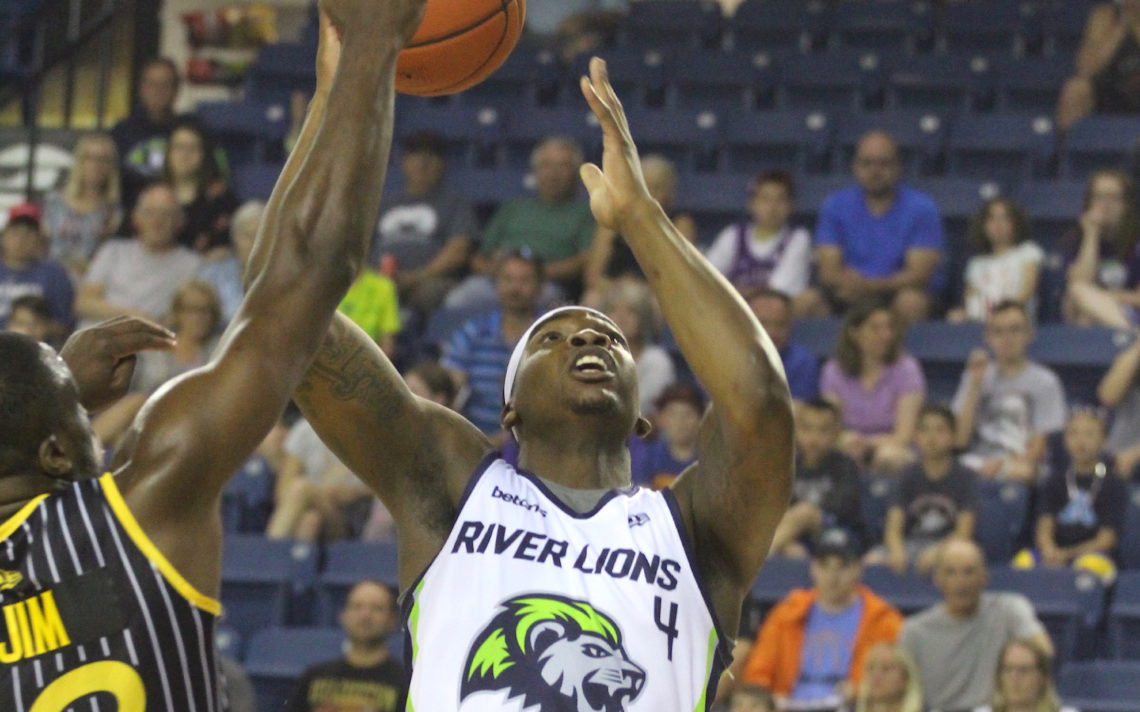 After his season ended with Medi Bayreuth in the Basketball Bundesliga League in Germany, the 25-year-old Toronto native took five or six days away from the court before joining the Niagara River Lions of the Canadian Elite Basketball League.

The former scholarship player with Canisius and Missouri — he led Missouri in scoring after transferring there for his final year — may have taken a break from basketball but he wasn’t stopping with his preparations.

“I was doing my stretching every day because for my body, when I am not playing basketball, that’s when I get the most stiff and the most achey,” he said Friday, following a 17-point performance that helped Niagara beat the visiting Hamilton Honey Badgers 107-96. “I try to stay in the gym stretching, lifting and some massage-type stuff but nothing too serious.”

The 6-foot-3 guard averaged eight points a game in his first two games with the River Lions before netting his 17 points in 23 minutes of playing time Friday. He feels he is adjusting well to his new surroundings.

“It’s really easy,” he said. “It is fun playing with these guys because they play as a team. That’s why we are winning so many games.

“They are also good guys on and off the court and coach Vic is an amazing coach and a really cool dude.”

He has taken a laid-back approach to meshing with his new teammates.

“I try to contribute to the culture of the team, feel out the guys and see how they play. Obviously, they have been trying to figure out how I play as well and it has been a process, for sure.”

He is content to let things settle in gradually.

“It’s a long summer and I just came off a really long season so there is no rush to do anything,” he said. “There’s no need to play 30 minutes or anything like that because this summer is all about development, rest, getting stronger and getting better, but also focusing on winning games.”

Robertson averaged 11.2 points a game with Medi Bayreuth, which finished 10th and out of the playoffs in the German league.

“It was a tough season but the BBL is a really good league and every night was a fight,” he said. “We had a lot of injuries on our team and we didn’t reach our goal of making the playoffs.”

Robertson went to school in the league and feels his game has improved significantly.

That physical play forced him to adjust.

“I really had to find my range from outside and how to finish down there without going all the way to the basket and try to shoot over 250-pound, 6-foot-10 guys.”

He also improved his game at the other end of the floor.
“Defensively, I became a lot better guarding those guys because everybody can shoot from one to five.”

Niagara head coach Victor Raso is learning what Robertson can do for the River Lions.

“Kassius and I are figuring each other out and Kassius is figuring it out with his teammates as well,” he said.

Part of that figuring out process was a scuffle Robertson had at practice with teammate Ryan Anderson.

“Everyone has had one and that’s who Ryan is out there,” Raso said. “He is one of the best teammates I have ever been around and he gets into it with guys at practice.

The scuffle helped bring Robertson closer to his teammates.

Friday night was a battle for first place with the River Lions coming in with a 5-1 record while Hamilton was 4-2. The Honey Badgers (whatever the heck a Honey Badger is) built an early 11-2 lead before Niagara responded with a 26-3 run and went into the second quarter ahead 36-18.

“The key in this game and the 18-0 run we had against Guelph after being down 9-0 was getting stops,” Raso said,

Niagara seemed to content to coast through the rest of the game and held an 18-20 point bulge for most of the game before a late surge by Hamilton in garbage time.

“It is kind of becoming a problem, with us,” Raso said. “We are getting these big leads and then we take the foot off the pedal.

“It kind of gets in guys’ heads when they get a big lead whether or not they stay this aggressive. I want them to stay aggressive.”

BPSN Player of the Game: Niagara’s Guillaume Boucard with a game-high 24 points, 13 rebounds and five assists.

Up next: Niagara is at Hamilton Wednesday before hosting the Guelph Nighthawks Friday at 7 p.m. 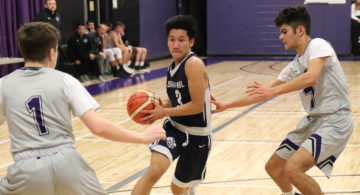