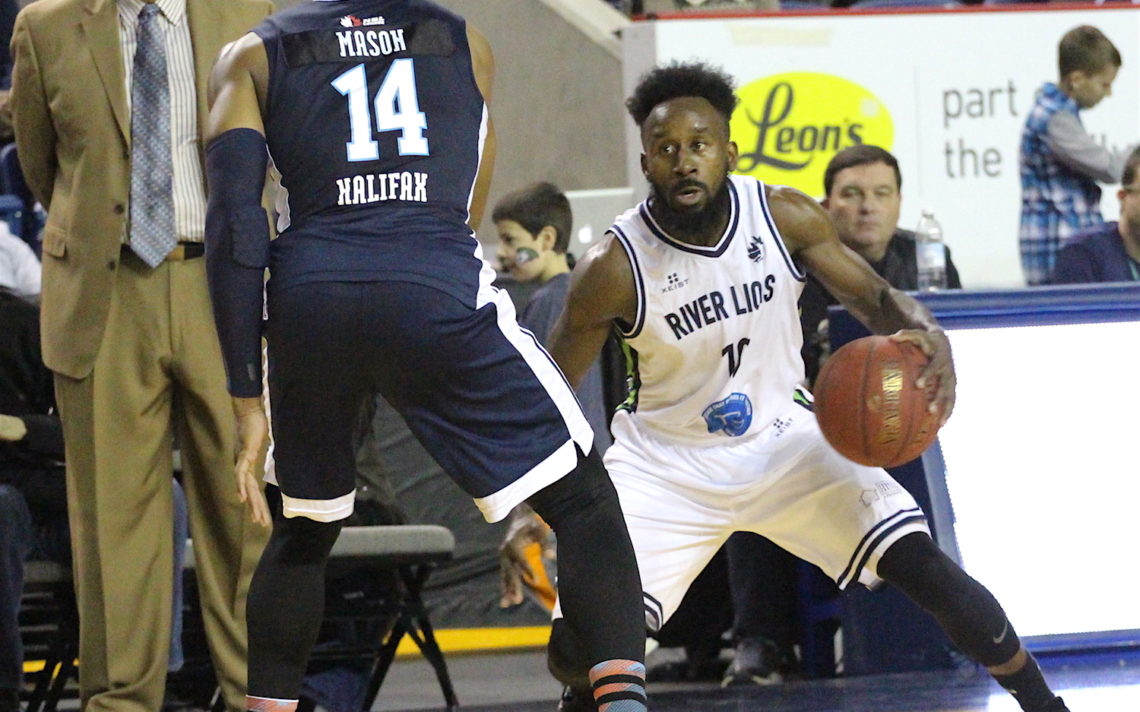 Omar Strong has chased his pro hoops dreams for the past four-and-a-half seasons.

The latest stop for the 27-year-old Baltimore, Md., native is with the Niagara River Lions of the National Basketball League of Canada.

“I just love basketball and I loved it since I was a kid,” the 5-foot-9 guard said Wednesday, after scoring 16 points in Niagara’s 111-91 triumph over the visiting Halifax Hurricanes (2-3).

The former Texas Southern scholarship player and 2012-13 Southwestern Athletic Conference Player of the Year has had a basketball in his hands for as long as he can remember but only started to take it seriously when he entered Grade 9.

“People in my city were telling me I should play because you could get paid for it and it could be a career for you,” he said, “I was like ‘OK cool.’ ”

Strong was a late arrival to the River Lions training camp from his home in Baltimore. He had played the previous two seasons in France, but was at home waiting to hear about a job,

“I turned down a few jobs in a couple of places, but I didn’t want to sit out a whole year,” he said. “I called my old coach Kyle Julius and he put the word out and introduced me to coach Joe (Raso).”

This is Strong’s second stint in the NBL. He played for Julius in the 20014-15 season with the now-defunct Mississauga Power and was named a Second Team all-star.

“I was still looking at the league when I was in France and there’s always going to be talent in this league,” he said. “I don’t think the league has changed that much but it is getting better.”

The River Lions are certainly better and have the deepest roster the franchise has ever assembled.

“I told you at the start of the season that parity is going to be a big part of what we do,” Raso said. “We want to play 10 because we want to wear them down.”

Raso has emphasized to his players to play hard when they are on the floor because the next player coming in wasn’t going to be easing up.

With so much talent, it’s up to Strong and fellow point guard Jaylon Tate to try and keep everyone involved.

“Everyone is unselfish,” he said. “Me and Jaylon are trying to keep everybody happy. We try to pass the ball to each other and have fun.”

Both did exactly that Wednesday as each recorded nine assists.

Early on it was Halifax having fun and the Hurricanes ended the first quarter with a 25-21 lead.

“They beat us in the first quarter on defence,” Raso said. “We wanted to win the defensive battle and we didn’t. I thought we did in the second, third and fourth quarter.

“We felt whenever played the best defence would win and everything else would take care of itself.”

In the final three quarters, it seemed no matter who Raso put on the floor it was too much for the Hurricanes.

With the win, Niagara improved its record to 3-0 heading into Friday and Saturday road games against the St. John’s Edge (3-2).

“The only thing we are here to do is win; nothing less,” he said. “We are taking one game at a time and focusing on our opponent that night.”

BPSN Star of the Game: Niagara’s Marvel Waite with 27 points on 12-15 shooting.

Up next: The River Lions are at St. John’s Friday and Saturday.