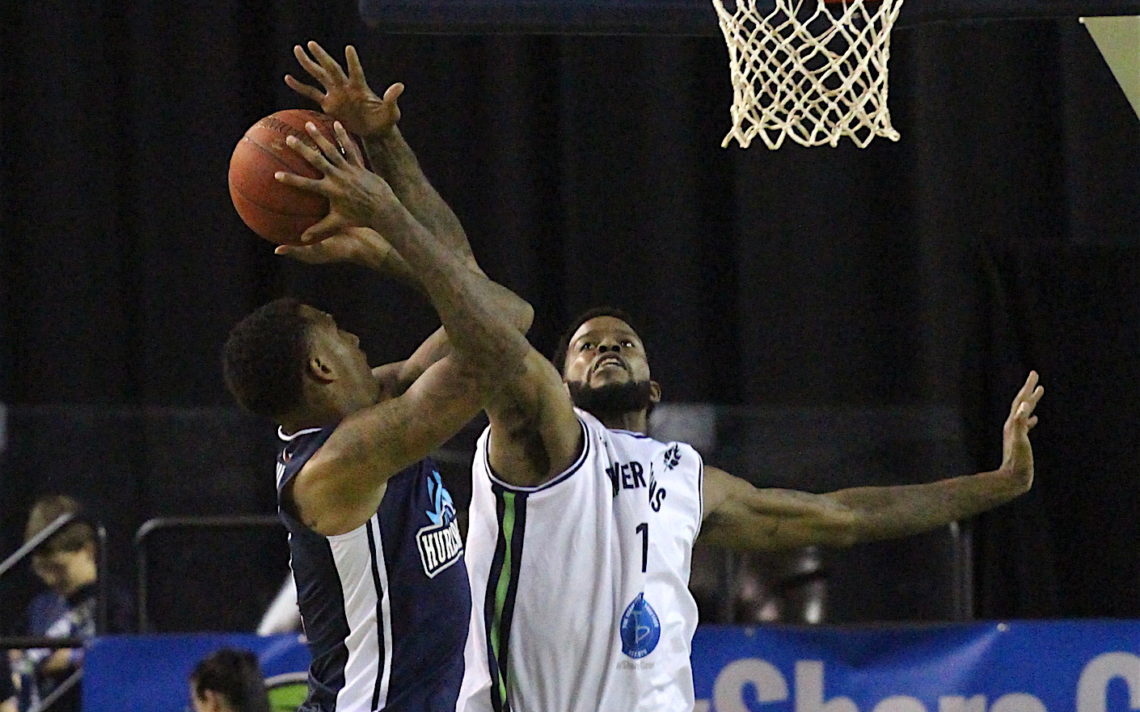 The Niagara River Lions snapped a three-game losing skid Saturday night with a 90-87 victory over the visiting Kitchener-Waterloo Titans.

Niagara improved to 4-1 at home and 4-3 overall while the Titans fell to 0-3 with the loss.

“We are on the back-to-back and I thought we competed the entire time,” River Lions head coach/GM Joe Raso said. “They added two guys which made them a lot better and they had been off for 10 or 12 days prepping for us.

“It was a battle and we made baskets down the stretch.”

Sam Muldrow, coming off a strong performance Friday night versus London, led the River Lions with 23 points on 10-for-18 shooting while also contributing 10 boards and four blocked shots.

“We were surprised on Friday morning when Carl Hall notified us that he was going to take a job in South Korea for an unlimited time and we weren’t prepared for that,” Raso said. “That kind of happened out of the blue and we were short-handed at the big position all weekend.

The River Lions are now in the process of looking for a replacement for Hall.

On Friday night, the River Lions grabbed a 45-35 lead over the visiting London Lightning before getting out-scored 73-51 in the second half to fall 108-96 and lose their first home game of the season.

“The London game was a tale of two halves,” Raso said. “We let our guard down , we couldn’t catch momentum again and we paid the price for it.”

The game was marred by an ugly incident in the first half which saw two London players, Ryan Anderson and Royce White, ejected from the game.

“He (White) threw a sucker punch at Marvel Waithe and punched him in the face. The referees ejected him immediately,” Raso said. “And then Ryan Anderson was barking at the officials and they threw him out.”

Things then escalated from there.

“As Royce went his way out of the gym, he went behind our bench and he tried to go through our bench to go at Marvel,” Raso said. “It was a complete embarrassment.”

The River Lions headed into the dressing room feeling like they were in the driver’s seat.

“We went into the half thinking we had succeeded at something and had stopped their best players and we just didn’t come out hard,” Raso said. “We gave them life and the London guys without them played really good basketball.”

Leading the way for Niagara in the loss were: Muldrow, 20 points, five rebounds and five blocked shots; Omar Strong, 15 points and five assists; and, Dwayne Smith, 12 points and six rebounds.

Top scorers for the Lightning were Garrett Williamson (19), Martin Dixon-Green (17) and Joel Friesen-Latty (16).

This week, the River Lions begin a stretch of seven straight road games starting with a Maritimes swing that sees them play the Island Storm (4-3) Thursday, the Saint John Riptide (3-2) Friday and the Cape Breton Highlanders (2-6) Sunday afternoon.

“It’s a tough schedule but that is part of this league.” Raso said. “The schedule is not going to be your friend.

“The hard thing about these three teams is we are playing them for the first time.”

Next home game for the River Lions is Jan. 3 at 7 p.m. at the Meridian Centre versus the Lightning.