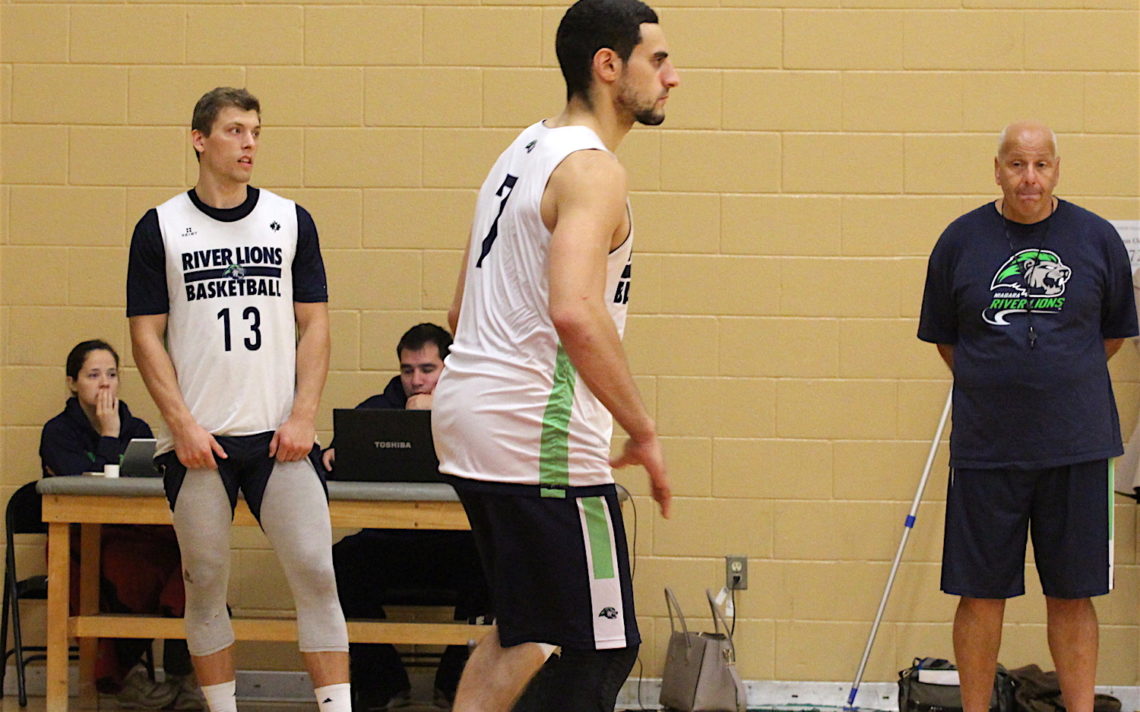 River Lions get busy at Ridley

It was a crowded Day 2 of Niagara River Lions training camp at Ridley College with 16 players trying to catch the eye of the coaching staff.

“There is a flexibility part of the camp,” Niagara head coach Joe Raso said. “You have guys trying out for G League (NBA minor league) teams, some of the guys are waiting here on contracts and we have two guys from Buffalo who are pretty good players.

“Our budget says 15 (players), but if we have someone knocking on the door saying ‘Can we come coach’, well absolutely. I am kind of working with them.”

The team is practising every day this week with the team’s home opener set for Nov. 18. 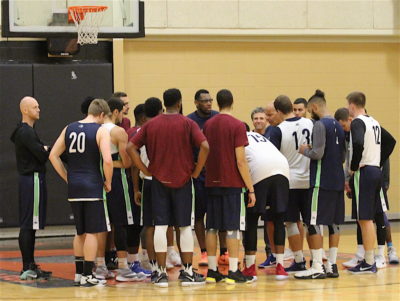 “I am trying to get to the end of the weekend and give everybody a fair shake, and then may be go with a few less players,” Raso said.

By next Saturday, Raso wants his team to be ready to play a game, minus all the fine details that will be added as the regular season approaches.

“Right now, we are getting closer,” he said. “We haven’t added any sets on but we will.”

He anticipates he is about eight or nine days away from selecting his 12-man final roster.

“If I can keep some of these guys in and interested in staying here, that will really help,” Raso said, adding he can choose a player for his roster but that player has to want to play in Niagara.

“And you have to keep in mind your quota at all times,” Raso said, referring to the league rule that requires a team to have five Canadians on its roster.

“If you have five Canadians and one gets hurt you can only dress 11,” he said. “There’s an advantage to having six Canadians.” 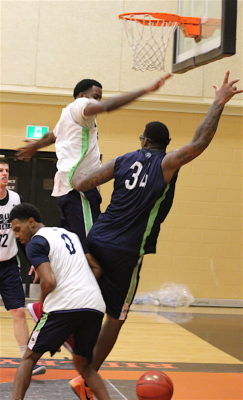 Raso likes having plenty of bodies in camp on a daily basis.

“You’re doing stuff and you get more reps,” he said. “If you have a good practice plan, having 15 guys can be more beneficial than 12 because it gives me three teams of five and I can do more things.”

Raso will eventually have to cut down to a roster of 12, but long looks at players other than the chosen 12 can give the River Lions options if injuries occur.

“I can bring guys that were in camp and they have an idea,” he said. “They aren’t learning the basics and I can bring them in for three weeks or for the season.

“I want it to be that kind of training camp.”

A big part of Raso’s first training camp is teaching.

“They’re all pros and they’ve had some great coaches and the teaching part is trying to get them all on the same page,” he said. “Because a guy has been around a long time, they have a pretty good idea how to play the game, either their way or taught by another coach. My job is to get them to play our way.”

Raso described himself as a whole/part/whole coach. 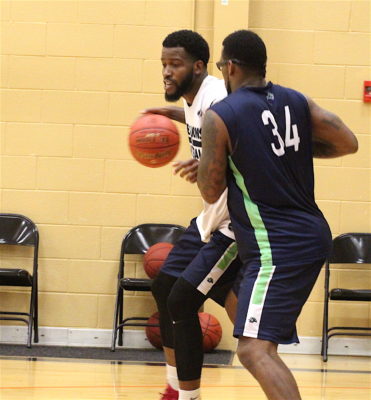 “I teach the whole, break it down into parts and then take it back to the whole,” he said. “And the other part of it is I tell them why.”

The players that understand the best are the ones who will be earning pay cheques with the River Lions.

There was plenty camaraderie in camp Tuesday, but also a heavy dose of intensity. Players reacted strongly on missed shots and blown defensive assignments.

“Guys understand that this is a place of competition but they are still part of a team. You could feel the juice in the gym today,” Raso said. “Everybody is trying to push each other and even if you don’t make the top 12, you could play for this team down the road.” 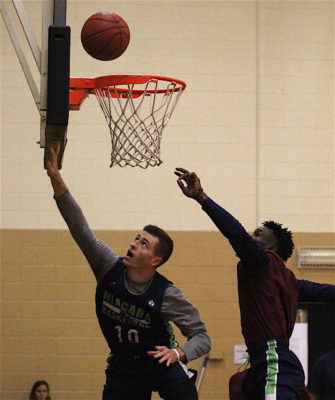 “Victor is going to be a very, very good coach and I don’t say that because he’s my son,” Raso said. “He was with me and he was also with (Carleton coach Dave) Smart for three years.

“Dave and I don’t do things the same but I can’t think of a better training ground.”

Retaining DiMartino from last season’s coaching staff was a no brainer for Raso.

“Vito and I have known each other for a really long time and I wanted to keep him,” he said. “Vito is Niagara and he’s a character person.”

Also on the staff is Divya Rao, lead trainer at Blood, Sweat and Tears Basketball, who worked with St. Catharines own Abu Kigab to prepare him for NCAA Division 1 hoops at Oregon.

“He does a lot of work with pro guys and he will do lots of individual skills training,” Raso said.

The River Lions are ecstatic to be at Ridley College after spending the two previous years at the Boys and Girls Club in Niagara Falls.

“The partnership was such a natural fit and our hope is that it will expand off of the court as well in that we are able to bring awareness to the excellent facilities and programs within the Ridley campus,” said River Lions public relations manager Michelle Biskup.

“We are thrilled to be the official training facility of the River Lions and look forward to working with them to promote physical literacy and this great, growing game of basketball in the Niagara Region,” said Ridley director of athletics Jay Tredway.