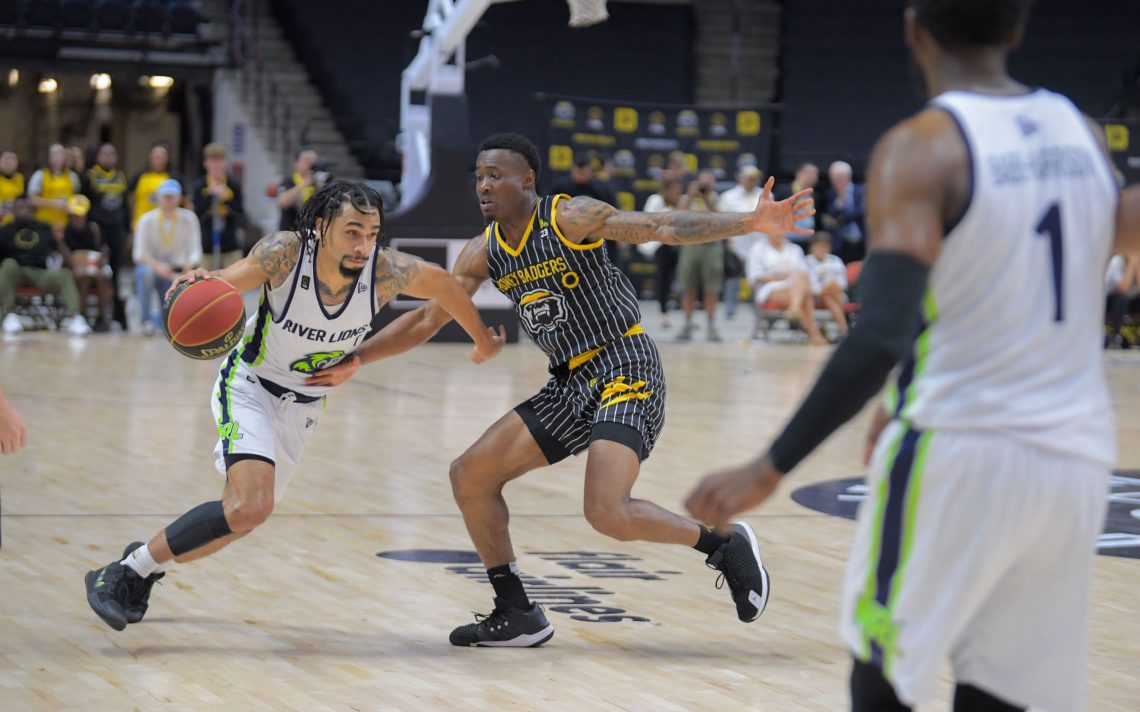 The Niagara River Lions wrapped up the regular season on a positive note, rallying to defeat the Hamilton Honey Badgers 83-79 in Canadian Elite Basketball League action Sunday in Hamilton.

The River Lions (13-7) clinch the second seed in the CEBL standings and will play in the playoff quarter-finals August 7.

The Honey Badgers (14-6) finish first and receive a bye to the CEBL championship weekend semifinals in Ottawa.

The River Lions had all kinds of difficulty with the Elam ending this season but Sunday rallied from a 74-66 deficit scoring seven of the first ten points in Elam time with baskets by Kahlil Ahmad and Antonio Davis, Jr. to cut the deficit to three points. Ahmad then sank a fadeaway jumper to give them the lead. A few minutes later, as he drove to the basket for a layup. Jaylen Babb-Harrison was fouled on an offensive rebound and hit the free throw for the win.

“It was a fight. It was a great game. This is one and two right here,” Davis, Jr. noted. “We respect those guys a lot. I think
that’s why it gets so chippy…that’s what you play for.”

Davis Jr. said the team did well against Hamilton’s physicality.

“As we settled down and stopped worrying about the refs and how physical it was and just playing basketball, I think we played better at the end.”

“Hats off to Niagara. They’re a good team. They really wanted this one and we didn’t execute down the stretch,” Best said. “We didn’t get stops when we needed them. We didn’t finish plays and rebounds and stuff like that. We just gave them life.” 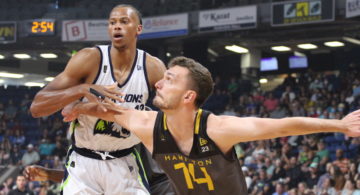