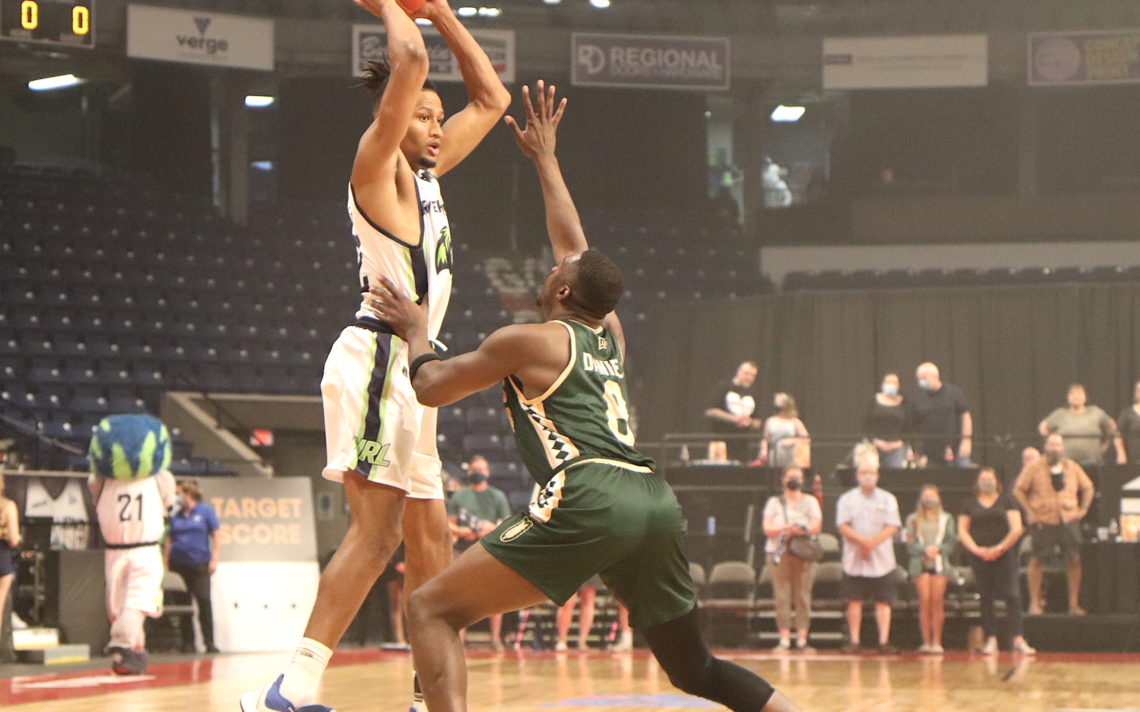 The 23-year-old native of Mission Viejo, Calif., has inked a deal with the defending NBA champion Milwaukee Bucks to become the first-ever River Lions and CEBL player to sign with an NBA team.

The 2021 CEBL Defensive Player of the Year runner-up left the River Lions halfway through the season to play with the Atlanta Hawks in the NBA Summer League. He returned to help the River Lions advance to the 2021 CEBL championship game. DeLaurier, who averaged 10.5 rebounds, 14.8 points, 1.7 blocks and 1.2 steals in 11 games with the River Lions, attended Bucks’ training camp after the season ended and then dressed for the Wisconsin Herd of the NBA G-League.

“It is an honour play a part in Javin’s journey to the NBA,” CEBL founder Richard Petko said. “To see one of our players graduate to the NBA after so many years is a huge chapter in our history. This is what our league is all about.”

“To see a young man accomplish his dream is truly special. Javin was counted out coming out of Duke and within two years turned himself into an NBA player,” he said. “I am thrilled for Javin and his family, and I am incredibly proud of the River Lions organization for helping a young man’s dream become a reality.”

DeLaurier landed with the River Lions this past season thanks to his Toronto-based agent, Gary Durrant, being a friend of River co-general manager and head of basketball operations Antwi Atuahene.

“Javin is a special talent on the basketball court and a remarkable human being,” Atuahene said. “From Day 1, Javin trusted the River Lions’ organization and he worked extremely hard to achieve his goals. He is a trailblazer, and I couldn’t be more happy for him.”

The 6-foot-10 forward was a co-captain at Duke for his final two years and received the Bill Krzyzewski Captains’ Award during his senior season.

“I am tremendously happy for Javin and his family. I am proud he trusted the process and bet on himself,” Durrant said. “Javin is a true definition of hard work, loyalty and resilience.”

In a summer interview with BPSN, DeLaurier credited his mom, C’ta, for his basketball prowess. She played college basketball for Rutgers and earned Atlantic 10 Tournament MVP honours in 1993.

“My mom was my first coach, she’s my biggest fan and my harshest critic,” he said. “She actually used to boo me in high school all the time when I wasn’t playing up to my standard. When I was in high school, we had a pretty small gym with one side of bleachers. I would be dribbling the ball and you could hear ‘Boo, boo. You suck. You are over-rated.’ She was brutal and she really let me have it.

“She did it up through high school and I am sure she even did in mentally when I was college.”

DeLaurier never got rattled by his mom’s motivating ways and took them how they were meant.

“I would look up and smile because that was her way of trying to motivate me to achieve what I could achieve.”

Coming out of high school, DeLaurier was a four star recruit and the All Central Virginia Player of the Year.

In 2020, he attended the Charlotte Hornets’ training camp. In 2021, he suited up for the Greensboro Swarm in the 2021 NBA G League bubble.

DeLaurier relished his time in Niagara.

“It was a way for me to continue to play and develop my game,” he said. “Something that I thought was essential was being on the court playing, especially coming off a pandemic year where we all had to take time off. Coming to Niagara was an easy choice for me.” 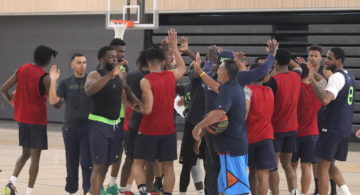 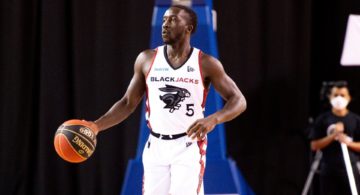 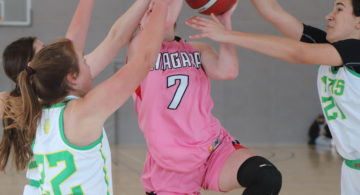