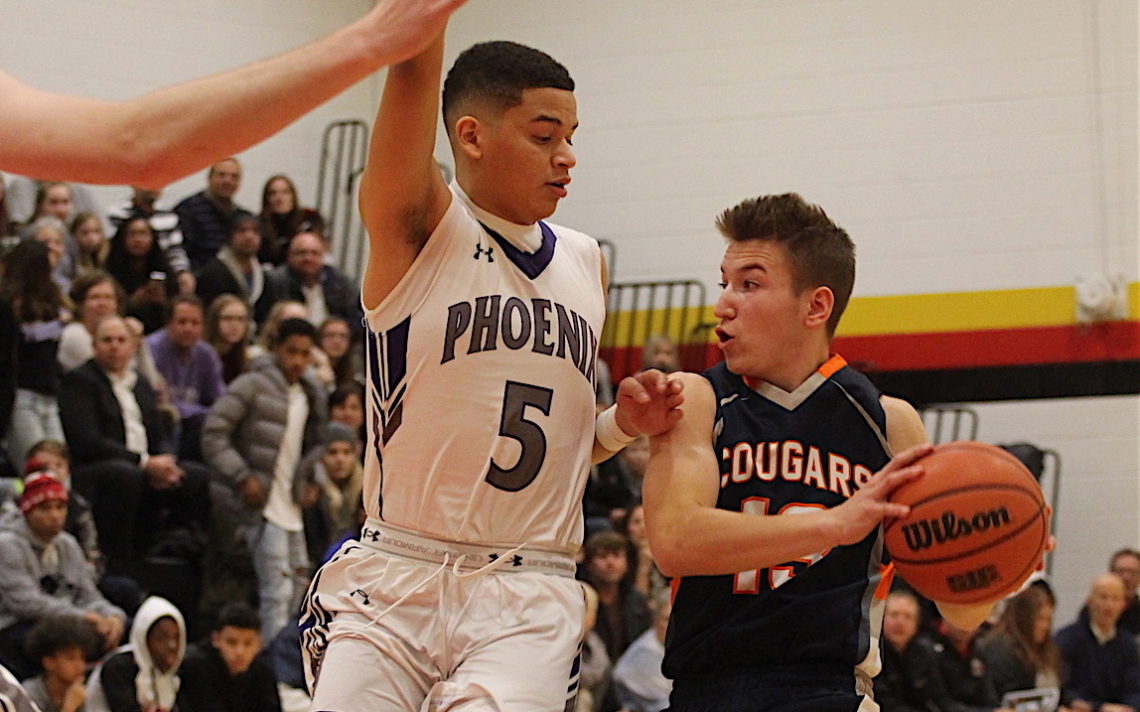 Last year as a Grade 11 student, the 6-foot-1 guard scored 23 points to lead the Phoenix to a 59-49 win over the Sir Winston Churchill Bulldogs in the championship game of the Standard High School Basketball Tournament. He earned MVP honours for his scoring outburst. 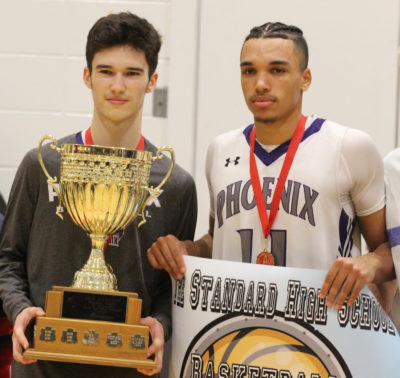 On Friday night, he did it again, pouring in a game-high 21 points to help the Phoenix defeat the Centennial Cougars 69-39 in the championship game of the Standard tournament. He was named his team’s player of the game and his performance vaulted him on to the tournament’s First All-Star Team. He finished ninth in tournament scoring and averaged 11.3 points per game.

“I don’t know why it happens,” the 17-year-old said of his championship night heroics. “Adrenaline just gets me in the moment and it’s exciting.”

His scoring spree was in contrast to the semifinals where he managed only two points.

“That didn’t bother me at all,” he said. “The team won and I tried to contribute in other ways,” he said. “If other guys are scoring, I will do my other things.

“We all work hard and whoever has got it that night has got it.”

“He upped his game,” he said. “He had two points in the semifinal but he contributed in a lot of other ways. That’s the mentality we are trying to push: to be selfless and enjoy everyone else’s success on our team.”

That being said, Marcheterre feels Riddell might have been a little upset at only scoring two points in the semifinal victory over Governor Simcoe.

“I’m sure he had a little twinge seeing the number two next to his name and he has a knack for showing up on Friday night and putting up a big number,” he said.

And while Riddell vaulted himself on to the First All-Star Team, no one was wrestling the MVP trophy away from teammate Tyrell MacLennan. MacLennan finished second in tournament scoring with 58 points and averaged 14.5 points per game, including 11 points in the final. 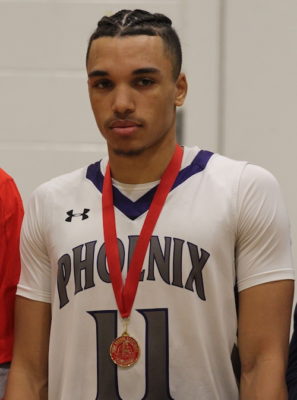 “He’s the heart and soul of our team,” Marcheterre said. “Every step of the way, it is Tyrell who leads and demonstrates what our standard is.”

Like many teams before them and certainly many teams after them, the Cougars were done in by the St. Francis press.

“I watched it last night and thought it was really aggressive and knew that we would have to be really patient to try to break it late in the clock,” Centennial coach Phil Mosley said.  “We did it once or twice but it wears on you and it did to us what it does to a lot of teams.”

Mosley said the Phoenix press is effective because they’re athletic and MacLennan plays a big role.

“Their MVP plays a smart middle position and he anticipates really well but they all do it very well,” he said.

Riddell said there’s no secret as to why the Phoenix press is so effective.

“We take pride in working hard and giving 100 per cent when we are doing it,” he said.

The press is all part of the Phoenix master plan,

“Our game plan though the entire tournament and in every game is to use our press early, set the tone and we keep saying we want to win the game in the first three minutes,” Marcheterre said.

He credits the the mentorship of former Phoenix coach Pat Sullivan in making the press impressive.

“That has been St. Francis’ identity since the beginning. It’s finding the right tweaks and making the adjustments that are necessary along the way,” Marcheterre said. 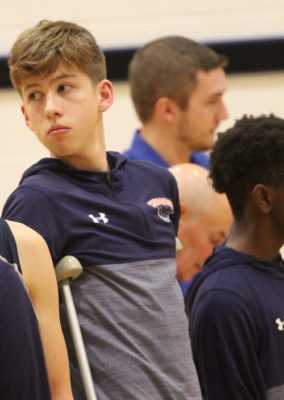 Centennial’s hopes in the final were hurt by the absence of Kennan Larmand who was hurt late in the semifinals after scoring 25 points. Larmand, a First Team All-Star, tied for fifth in tournament scoring with 48 points and averaged 16 points per game.

“He’s a great guy and a great young player and I feel bad for him because I know he wanted to be here but I thought we had enough firepower with our depth to at least keep the game close,” Mosley said. “We started out strong and then it got away from us.

“Our guys got a little bit nervous and that team smelled blood.”

Mosley thought his team needed to bring its best game to to compete with the Phoenix.

Riddell agreed it was too bad Larmand wasn’t available for the final.

“It would have been nice to compete against him,” he said. “We play them in the summer and he’s a good player. It was unfortunate.”

Joining Larmand, MacLennan and Riddell on the championship team were Mark Mesiha from St. Francis and Jacob Bray from Centennial.

Prior to the start of the championship game, tournament organizers arranged a junior all-star game.