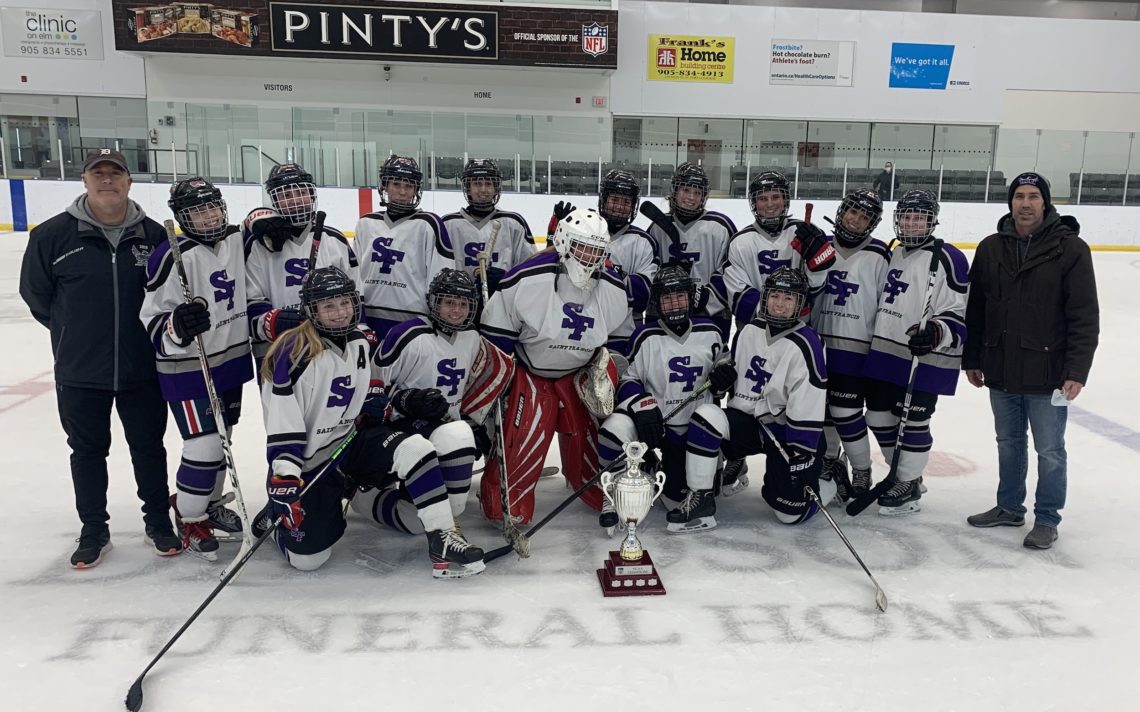 Phoenix save best for last

Sarah Sweitzer netted a pair of goals and Olivia Collevecchio added a single as the Phoenix blanked the Denis Morris Reds 3-0 in the semifinals. In the final, Sweitzer scored another two goals and Syenn Pylypiw recorded a single tally helping the Phoenix edge the Lakeshore Catholic Gators 3-2.

The wins capped a topsy-turvy season for the Phoenix and every other high school sports team in Ontario.

“There was a lot of uncertainty with this season not only because of the pandemic, but also because our team didn’t have a goalie,” said Chris Van Bakel, who coached the Phoenix along with Darren Macoretta and Sonya Labrovic. “We luckily had Sophie Pearson step up and be willing to play in net for us. In the semis, she was able to pull off a shutout win and her teammates really rallied around that.”

The Phoenix needed to rally again against Lakeshore Catholic.

“In the finals, we got down early, but we told the girls if we take care of our end, the other end will take care of itself. And it did,” Van Bakel said. “Sarah Sweitzer finding the net four times total during the day really helped. The game was a very exciting game, filled with end-to-end action. Both teams played with increased intensity because of what was at stake.”

“Senior players like Abby Van Bakel and Mackenzie Brazeau understood that for our team to have success, they were going to have to play almost defensively perfect hockey, which was the case,” Chris Van Bakel said. “Both players adjusted perfectly and limited quality scoring chances.”