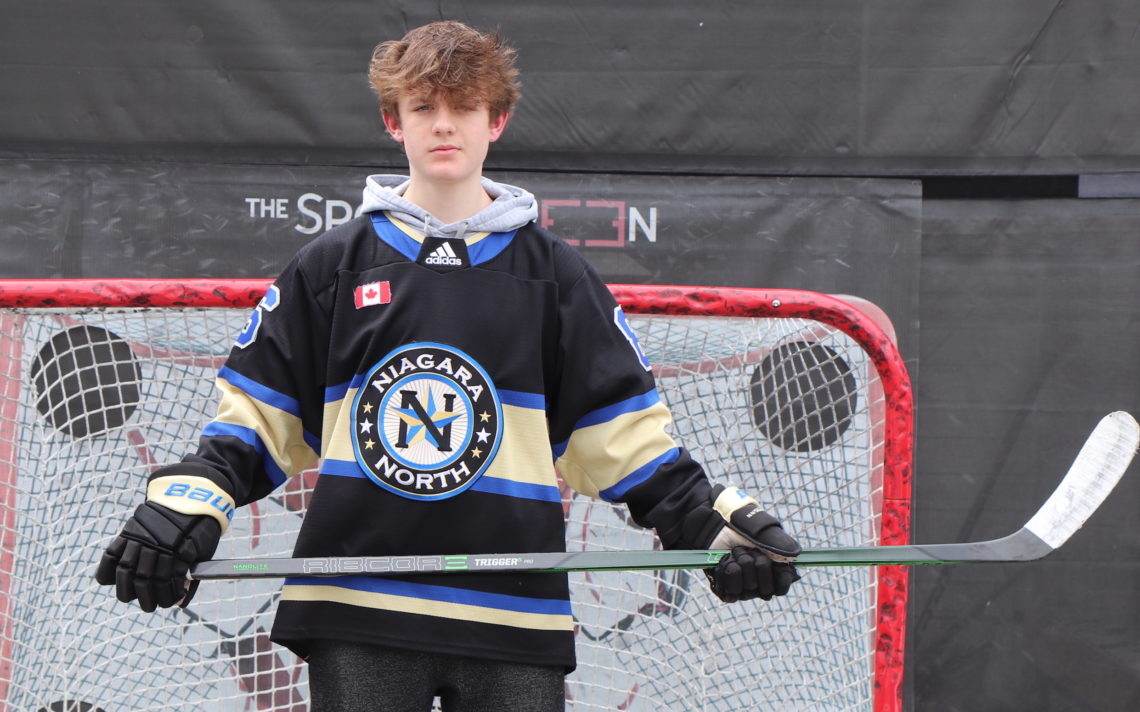 At 5-foot-7 and 145 pounds, Calvin Petrovsky is one of the smaller players on the ice for the Niagara North Stars AAA hockey team.

But that lack of size doesn’t mean Petrovsky is afraid to go into battle and fight for puck.

“Calvin is a 200-foot player who is speedy and slippery, plays with an edge and likes to get into the dirty areas,” North Stars assistant coach Pat Desjardin said. “Once he’s in those areas, he has the know how to find an open man or the back of the net. In addition to his speed, his hands and shot make him a threat every time he enters the offensive zone.”

The 15-year-old St. Catharines resident, who is hoping to hear his named called when the Ontario Hockey League draft is held later this summer, is more than happy to play with a chip on his shoulder. 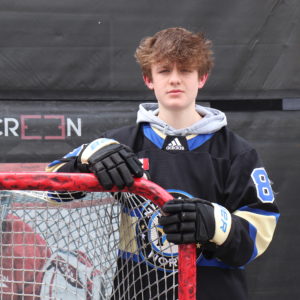 “Petro is a gamer who possesses a high-level skill set in addition to a very strong work ethic. His deception and creativity is as impressive as his shot is quick and accurate,” Miller said. “He’s the kind of player you can count on when the team needs a change in momentum. Whether it’s a big play, a hit, or block, as his coach, I know I can count on him and am confident to put him on the ice for us in any situation.”

The Grade 10 student at St. Francis feels his feistiness serves a purpose on the ice.

“I feel like I am a playmaker so being the first forward in on the forecheck and digging pucks out and feeding my teammates is key for us to score goals,” he said. “Getting in the corners and being gritty is something that can help my team win.”

Petrovsky feels his game has improved in a number of areas over the past few seasons.

“I’ve gotten much faster and one of the most important things is that I have become a lot more confident with the puck,” he said. “I used to be hesitant to make certain moves or certain plays but now that I have had a couple of years under my belt playing triple A hockey, I have more confidence.”

Petrovsky played house league hockey up until six years ago and then decided to try out for the Niagara North Stars. He didn’t make it the first year and ended up playing three years for the St. Catharines Falcons AA squad before making the North Stars squad three years ago.

The first time he was cut by the North Stars was an important moment in his hockey career.

“I actually got cut at the last tryout so I was super-motivated to make it over the next couple of years.”

He used to also play soccer but quit that sport to focus all his energies on the ice.

Like all his hockey-playing brethren, Petrovsky saw his OHL draft year bodychecked by the COVID-19 pandemic.

“It obviously sucks a lot knowing that I trained my whole life for to get an opportunity like this. Scouts would have been coming to a lot more of our games this season and now that it is cancelled, it is harder to showcase what you have trained for.”

His goal has always been to play in the OHL.

“It’s just because I have grown up watching a lot of OHL hockey, especially the IceDogs. I have been watching them ever since I was a little kid and being able to play for a team like that or any team would be a great experience.”

He hasn’t had any direct contacts from OHL scouts but has heard there are teams interested in him. Petrovsky skated with the St. Catharines Falcons junior B hockey team before the lockdown and got about a month of on-ice training with the North Stars before that too was shut down. Before the lockdown, he was also training with coaches Jeff Gilligan and Evan McGrath and working out at home three or four days a week to get stronger.