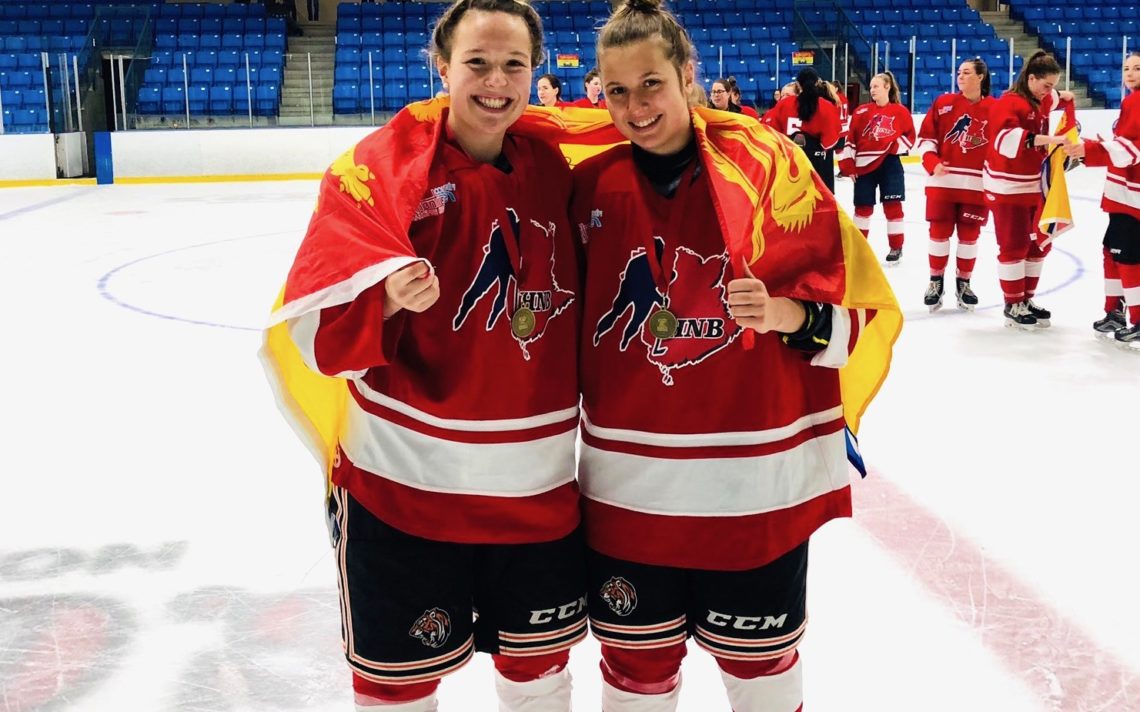 Three members of the Ridley Tigers Prep Girls Hockey team came away with gold medals from the Atlantic Challenge Cup. 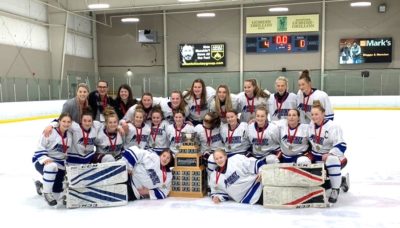 Mary Sweetapple earned a bronze in the U18 division with Nova Scotia while Anna Barrington was named the captain of U16 Team Newfoundland/Labrador.

The rest of the Tigers, competing with a short bench, split a pair of games at Merrimack, defeating Washington Pride 4-0 and losing 4-1 versus Ontario Hockey Academy. 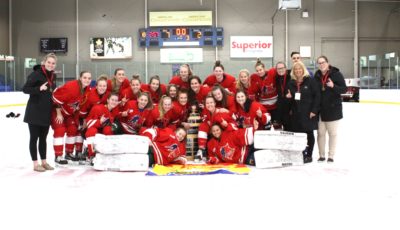 The hosts Crescent jumped out to a commanding lead, scoring three early markers before adding a fourth on the stroke of half-time. Joel Andinda scored to pull theTigers back into the match. Captain Brendan Ng notched a penalty kick to make the final minutes interesting. Crescent were deserving winners and managed to keep the Tigers from scoring any more. Rookie goalkeeper Darius Des Vignes posted a second half shutout.

The Tigers also blanked Trinity College 3-0 as Ng had two goals and Andinda one.

Ridley edged closer to securing a playoff spot with a convincing home win over a determined TCS side. Leading scorer Joel Andinda opened the scoring mid-way through the second half to break the scoreless deadlock. Captain Brendan Ng added two others, including a mazy run and a converted penalty kick and the Tigers went on to a comprehensive team victory. The shutout was shared by senior Xavier West and rookie Darius Des Vignes.

“Despite the loss, this was a really pleasing performance by the boys,” coach Geoffrey Park said. “We were playing a local Academy team with high skill levels and our team played with tremendous poise and energy, actually taking the game to their opponents for more than a half. On top of that, we had a few starters unavailable, and the whole team stepped up big time. This was a great opportunity for our fledgling team to build familiarity with each other and the way we want to play.”

Up Next: A home game against Greenwood.

The Tigers Varsity squad dropped a 3-0 decision at home to Appleby College in CISAA action.

“Though Appleby has been dominant thus far in the league and the Tigers might have been nervous, they rose to the occasion and played a very good game of a field hockey, giving Appleby a real challenge,” coach Brian Mini said. “The Tigers came together and played as a team. The friendly tournament day last week gave the Tigers the depth of experience together that they needed for things to start to really click and it was obvious on the field.

Co-captains Riley McMaster and Hannah McMaster helped move the ball well from the midfield and Olivia Massis took charge of the defensive line and worked very well with fellow defenders Ciara Blew, Vanessa Ferrante, and Issy Taliano to make Appleby work hard to gain offensive opportunities. Tiger goalie, Elyza West, made a number of incredible saves and used her flexibility and agility to her advantage today to help keep the Tigers in the game. Appleby scored two goals in the first half and then the Tigers kept them to adding only one more goal, scored late in the second half.”

The Tigers also dropped a 3-2 decision to Trinity College School at home.

Ridley hosted Trinity College School for the final game of the regular season. Both teams were hungry for a win to finish the season and there was great energy on the field. Though TCS opened the scoring in the first half, Ridley was able to respond with a beautiful goal by Vanessa Ferrante to start the second half. Ridley dominated the field of play for much of the game but a quick break-away by TCS put them a goal ahead for a while. Ridley was able to respond when Hannah McMaster buried a pretty goal from the stroke spot in the D. Unfortunately for the Tigers, TCS got an opportunity to score with only four minutes to remain in the game and Ridley was unable to get the goal to answer that.

The Ridley coaches are very proud of the way that the Tigers played in this game and throughout the season. Congratulations to captains Riley McMaster and Hannah McMaster for leading the team so well and to other graduating players: Alina Kashanova, Sydney Mouttet, Issy Taliano, and Anna-Sophie Thiele.

The Ridley College Girls Basketball Team competed in the qualifying round of the inaugural Niagara College Girls Hoops Classic against  Eden High School.

Playing before a small but supportive Notre Dame College main gymnasium crowd the Tigers worked hard at both ends of the court but were overwhelmed 55-9.

Mikayala Itemuagbor led the Tigers in scoring with five points. Classmate Miranda Teta battled well on offence in the low post and pulled down a number of defensive boards.

“Eden has an extremely talented team,” Ridley assistant coach N.A. Ronald said. “As the game progressed, coach Becken and I were pleased to our girls turn up their effort on defence and limit their second shots.” 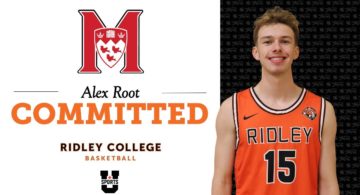 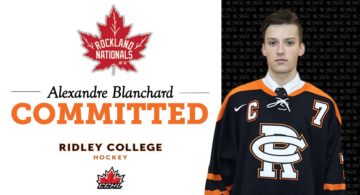 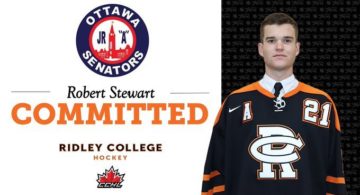