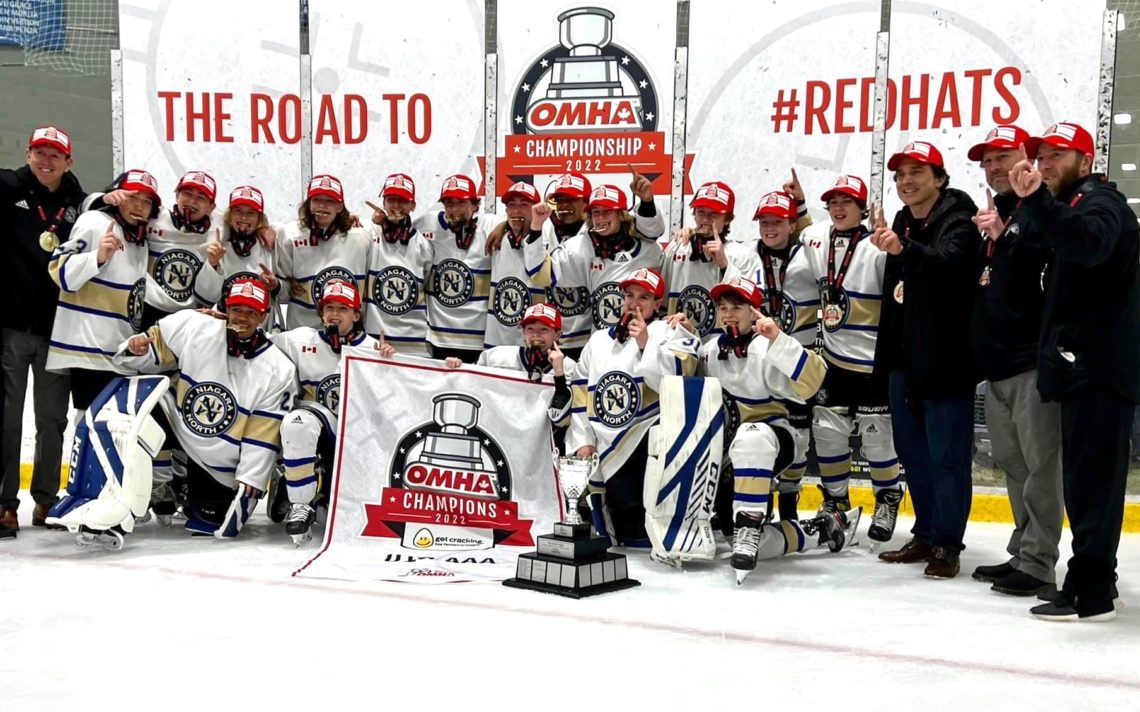 Team work made the dream work for the Niagara North Stars U13 AAA squad.

Niagara defeated the Oakville Rangers 7-4, the Markham Waxers 5-1 and the Richmond Hill Coyotes 4-3 to advance to the semifinals where they blanked the Halton Hurricanes 9-0.

“I think we always had the potential but we needed to buy-in and everybody come together and make it about the team rather than about themselves and the kids did that,” head coach Nick Smith said. “It’s amazing what you can accomplish when you have a team on the same page.”

Smith, a 43-year-old Hamilton native who played 15 games in the National Hockey League for the Florida Panthers in 2001/02, tipped his cap to the players.

“I can’t say enough about the kids. It’s all on them. They’re amazing to come together like that and put their eggs in the team basket,” he said. “I think the kids knew there was potential with this group and it was all about putting it together and making sure they are doing the little things.”

The team earlier this season won the Niagara North Front Row Sports Classic Tournament in November, repeating as champions taking out the COVID year, and now sport a 43-11-5 record.

“We have some special players that produce on a regular basis but I think we’re a pretty balanced team,” said Smith, who is assisted by former Ontario Hockey League player Ryan Lindsay, Steve Shuker, trainer Steve Ellis and manager Peter Partridge. “We have two great goalies. Our D are pretty solid and we play a good all around game.”

Smith was amazed how well the players managed to stay in the moment and not let the pressure of playing for an OMHA title overwhelm them.

“They were great. The thing that we told them was to rely on your practice habits,” Smith said. “I’m lucky to have such an amazing staff.

“Just lose yourself in the game and when the puck drops, play. Don’t think, just rely on the stuff we worked on, the systems we used, and just compete at the end of the day. Don’t try and do too much. Just do your job and if everyone does their job, I like our chances.”

The Stars now advance through to the All-Ontario Championships in Burlington April 11-15 which include teams from all three Hockey Canada branches within Ontario (OHF, HEO and HNO). The team will play six round-robin games next week.

Smith said he isn’t too worried about the hectic schedule.

“We try and manage the work load. When you play five games in three days you don’t want to overwork anybody so it’s smart to balance the work load,” he said. “The kids are 12. They can play three games in one day. They may not be as sharp, but they love it.”