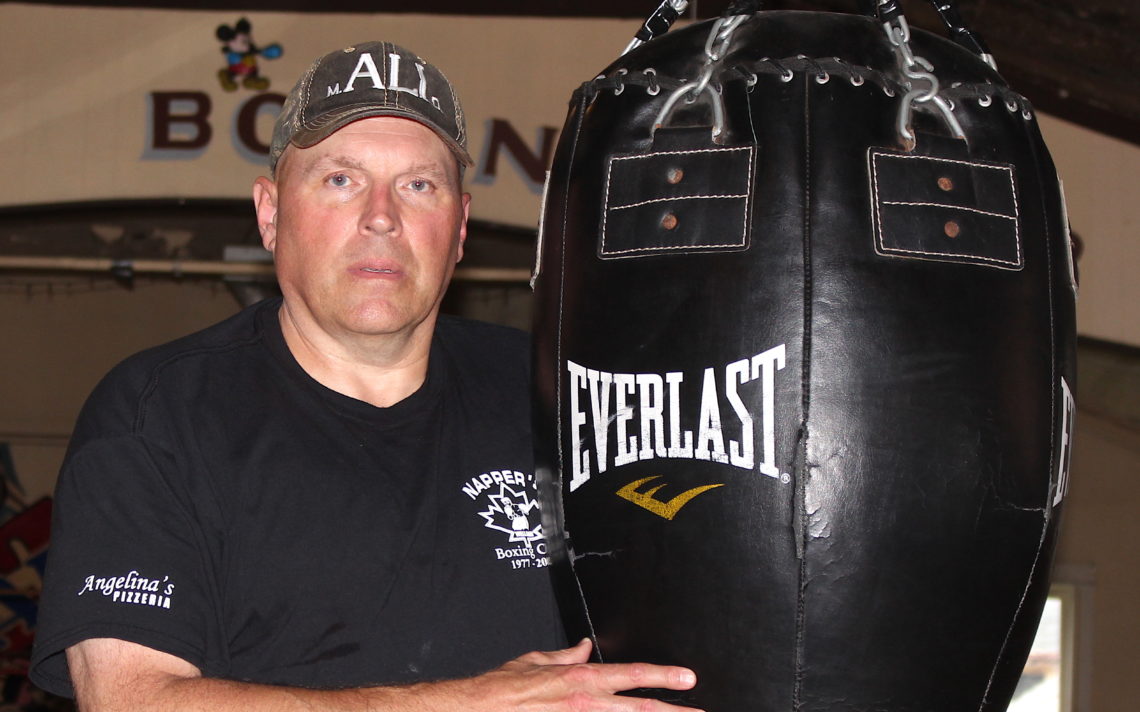 No one dedicates four decades to a sport unless there’s a passion and love for the athletic pursuit.

Long-time boxing coach Doug Dobias, who will be honoured at the St. Catharines Amateur Boxing Club’s Niagara Legends Boxing Show July 19 at the Merritton Community Centre, has had a lifelong admiration of the sweet science.

“Boxing is a microcosm of life,” the 58-year-old Welland native said. “It is most likely going to be the most difficult thing you are ever going to do ever and I don’t care if you win, lose or draw.”

When someone enters the boxing ring, they automatically become a winner.

“You overcame fear, doubt and lot of obstacles in training and when you get in there, you’re trying to put into use the things you trained at for months and years,” the Notre Dame alumnus said. “Regardless of the outcome, you are a winner and you can apply that to anything in life.”

Dobias’ highlight as a boxing coach were coaching Tom (The Bomb) Glesby to appearances at the 1988 and 1992 Summer Olympics and coaching Donnie Wonch to a world bare knuckles championship (2019).

Glesby and Dobias had a long-term partnership.

“We worked together for almost 18 years and it’s very personal. I would say it is even closer than a father/son (relationship),” Dobias said. “These guys are actually putting their life, health and well-being in your hands.

“It’s no joke. You can play football and hockey but you can’t play boxing.”

Getting recognized as a Niagara Boxing Legend is also high on the list of Dobias’ accomplishments.

“I was surprised at first and honoured,” said the former football player at the University of Toronto. “Getting this award, Donnie and my son (Eric) coming back into my life have basically saved my life and changed my life.”

The low points of his coaching career are ones he’s experienced on numerous occasions.

“It’s when your boxer leaves,” he said. ‘When you have been with someone for a long time and they decide to hang it up, it is almost like losing a kid.”

Dobias credits Ray Napper Sr., the late founder of Napper’s Boxing Club, for introducing him to the sport and saving his life in the process.

“I had an alcoholic father and I had a dysfunctional childhood,” he said. “I was very troubled and suicidal at times and Ray Napper (Sr.) was like a second father. He saved my life so many times and the club to this day saved my life.”

His coaching is his way of paying it forward.

“I feel like I am giving back and I am trying to do the same thing Ray did for me through the years,” said the 2013 Gord Sykes Memorial Award winner as grassroots coach of the year in Welland. “There’s a lot of kids who come through here from dysfunctional families and they have a lot of problems. When they come here, it transforms them and you wouldn’t believe the difference.”

He loves coaching out of Napper’s.

“It’s awesome because it is a family run club, it’s a family atmosphere, everybody knows each other and helps each other.”

In addition to coaching Glesby, he guided Jason Topalinski to five Canadian amateur titles. The personal trainer has also worked with countless local hockey players from the minor to NHL level. During the Pat Quinn era with the Toronto Maple Leafs, Dobias taught NHL players strength and conditioning and how to defend themselves on the ice.

Also being honoured Friday along with Dobias are Rob Fortuna, Rob McGregor and Vinnie Ryan. The card is being held at the Merritton Community Centre with the boxing starting at 7:30 p.m.