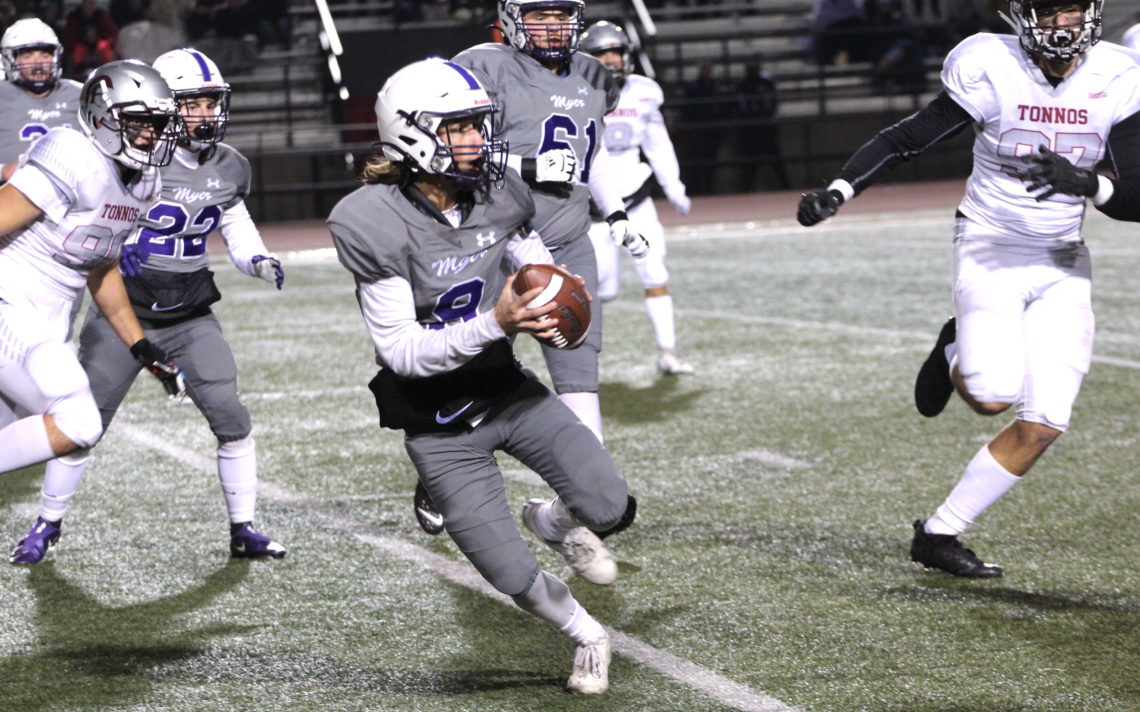 Eugene Park’s A.N. Myer Marauders senior football career came to an end Tuesday night with a 30-3 loss to the Bishop Tonnos Titans in the Ontario Federation of School Athletic Associations’ Golden Horseshoe Bowl at the University of Guelph.

“It was great to get here. The guys worked hard all off-season and they really grinded. We were really young this year but the older guys did a great job of getting them ready,” the 12B defensive back/running back said. “Every game and practice, the guys just got better and better and the improvements they made were incredible. It was great to see the young boys mature and we asked them to mature a little faster than they normally would. They really stepped up and they are the ones who took us this far. It was a pleasure working with them. The coaches and the kids were great.”

Park agreed it was difficult to end the season with a loss but getting to the OFSAA Bowl took a lot of sting out of the defeat.

“Just being able to play was a blessing. Not many teams get this opportunity and being here is incredible,” he said. “We have had some great teams that didn’t make it and the fact that we did was unbelievable.”

He will fondly remember his football career at Myer.

“I was blessed to be a leader and it’s being around the guys at practice and in the school,” he said. “That’s what Myer is about. We are a family.”

Myer’s season-ending loss was a combination of not playing its best game and coming up against a very strong Bishop Tonnos squad.

“We knew that they were a very skilled team in the same areas where we were skilled but also they cover well and they made a lot of great adjustments and gave us headaches that way,” Myer head coach Dave Buchanan said. “Kudos to them. They are a really good team.”

No one was better than Bishop Tonnos running back Isaiah Shields, who rushed the ball 22 times for 238 yards.

“We had a tough time dealing with that. They blocked well on the edge for them and he’s fast and strong.”

Like Park, Buchanan could take solace in the fact that although his team lost, it came in an OFSAA Bowl game. It was Myer’s first berth at OFSAA since winning three straight OFSAA Bowls from 2014 to 2016.

“I think we have a great program and I am proud of our program. And that’s what it is. It’s a program and we turn out kids every year who are great men and that is the most important thing.”

Buchanan is confident his team will be in the thick of things again next year.

“We will be back because we have a great young group. The kids buy-in. I am all good and the kids are all good and I don’t do the what ifs? That’s for people who aren’t winners and we are winners.”

One wrinkle Myer added this season was adding some young size and bulk to its program. In past seasons, the Marauders had to rely on under-sized players to play much bigger than their dimensions.

Buchanan has many takeaways from the 2022 season.

“At times we surprised ourselves and the kids surprised us. They are a lot of great things to take away from the season and I am proud of the coaches and the players. We get a lot of support from the families and parents and the biggest takeaway is the program is still moving upwards. We have a bright future.”

Bishop Tonnos finished 10-1 overall against Canadian competition on the season and won the first Hamilton Wentworth Catholic District School Board league title in school’s 17-year history. It then carried that momentum two wins further to an OFSAA Bowl crown. 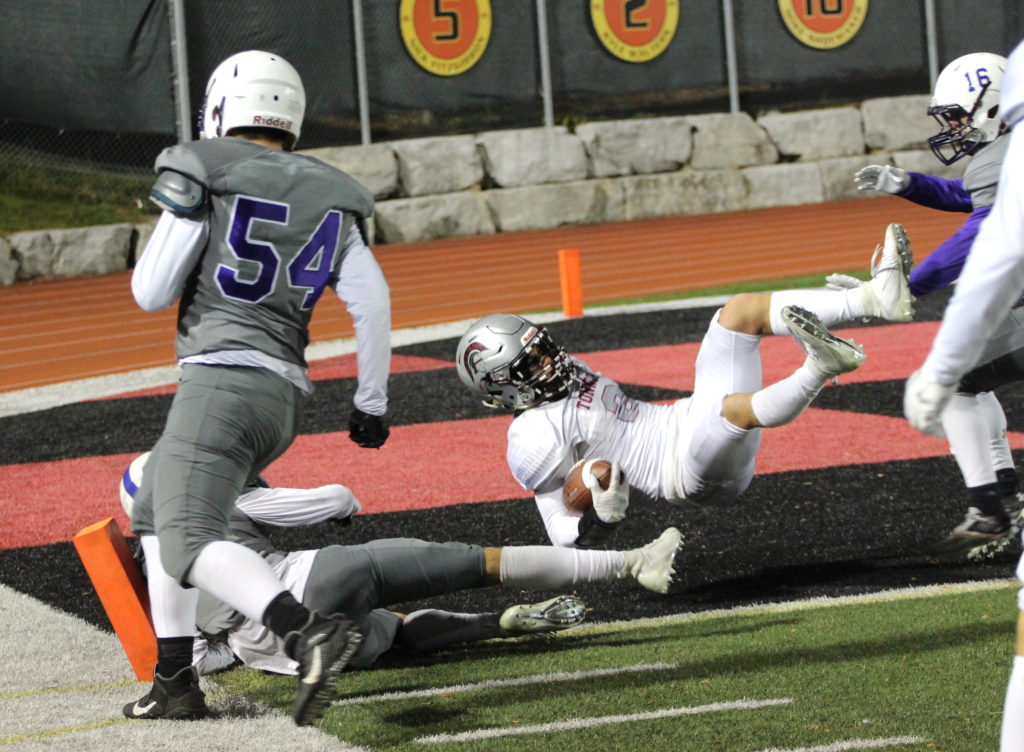