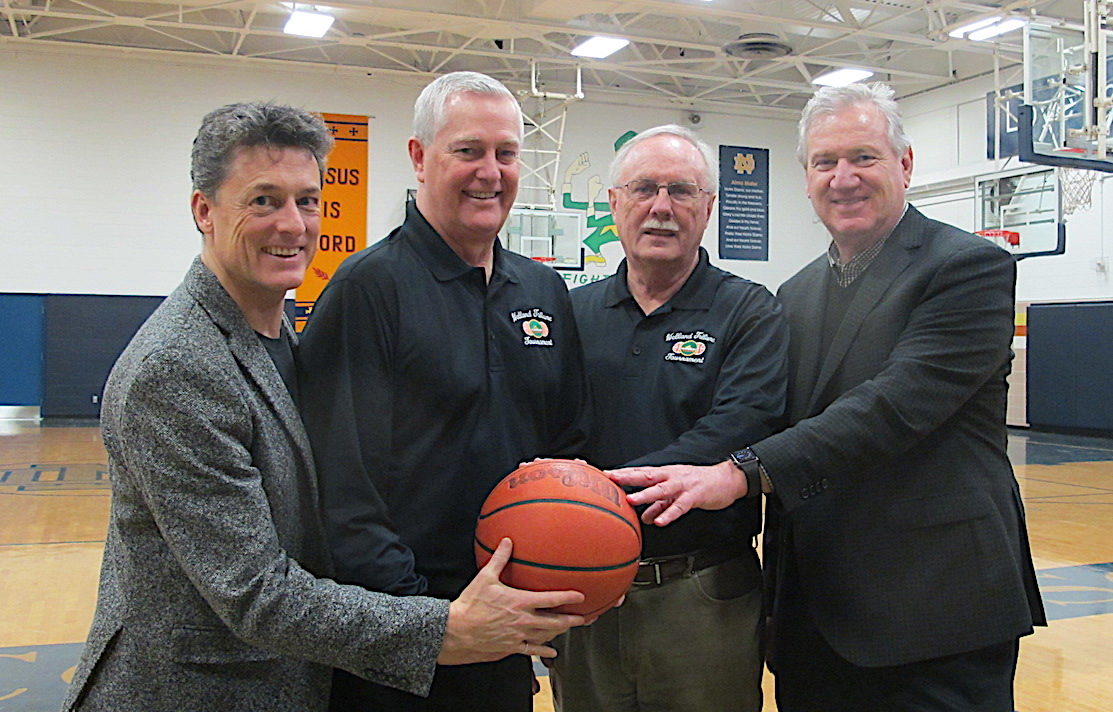 The chief financial officer of Mountainview Homes is not only a Welland native, but also played in the tournament where he helped the Eastdale Eagles to a championship in 1970.

So when he was approached by the tournament committee to see if Mountainview Homes would be interested in being a title sponsor, Podrebarac was more than enthusiastic about the idea.

“It’s the oldest high school tournament in Ontario so we wanted to keep it going,” Podrebarac said. “We’re only the third-ever sponsor.”

The 63rd annual tournament kicks off on three fronts Wednesday.

Podrebarac has fond memories of the tournament.

“It was the big tournament of the year and there was a big build up to it. It was good,” he said.

Mountainview Homes has committed $4,000 plus expenses. Last year, referee fees alone ran $2,500 for the four-day tournament. Scholarships worth $500 each are annually awarded to graduates who have participated in the tournament either as a player or cheerleader.

Scholarships will be presented to three former players and one former cheerleader and the end of this year’s tournament.

Giving back to the community and helping kids is a main focus for Mountainview Homes. For eight years, the company was the major sponsor for the St. Catharines Falcons Junior B hockey club.

“It’s good they play sports. My son played AAA hockey and they learn time management. I found my son did better in school during hockey season,” Podrebarac said.

Mountainview Operations Manger Mike Memme is a graduate of Notre Dame where the finals and many of the games will be played.

“It’s great to be back on home turf. I went to high school here so it’s nice to be part of this,” he said.

Mountainview President Mark Basciano and is also a big sports fan and plans to be at Centennial Wednesday for the ceremonial tip-off when the Lakeshore Catholic Gators take on the Cougars in the first game of the tournament.

Mountainview Homes has been building communities all over the region and has built new homes in each city of teams participating in the tournament from Ridgeway to Niagara Falls and Thorold to St. Catharines.

The tournament wraps up Saturday at Notre Dame with the consolation final at 5:30 p.m. and the championship final at 7:30 p.m.