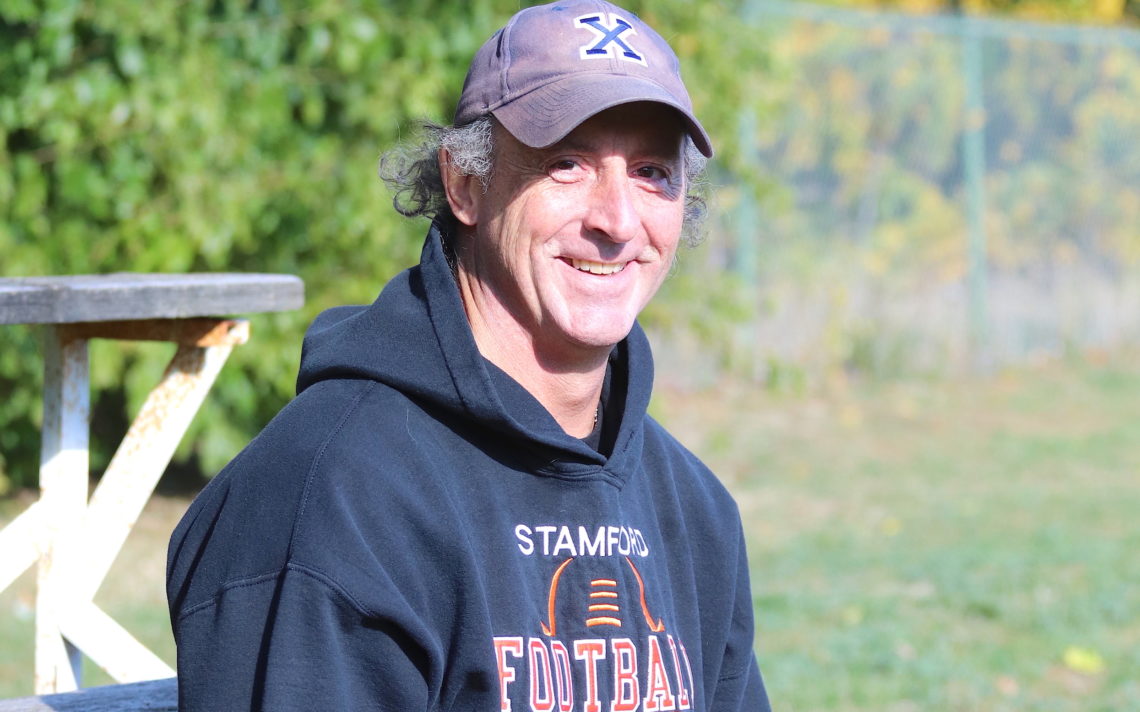 A few days ago, Stamford/Westlane football coach Brad Martin was outside at Stamford enjoying a beautiful fall day.

“I wasn’t missing football until I was sitting out back today and staring at the field. Then it was dammit, dammit. They have been playing football here since 1928.”

The COVID-19 pandemic has put a halt on all high school sports and the 51-year-old Niagara Falls native misses coaching at Westlane with Jason Babony.

“He (Babony) played NCAA football, he had a shot at the pros and he is an excellent instructional coach,” Martin said. “He is hilarious and we have the same mindset. We want to make kids players so they can go on.”

Football has been a large part of Martin’s life ever since he suited up for the Stamford team in Grade 9.

“When I played football out here, everything made sense. I didn’t have to worry about a thing. It was just the game.”

He loves the inclusiveness of the sport.

“With football, it attracts a lot of different types of people. I remember when I was here, the kids who were getting in trouble, the principal would bring them down here and tell them they were playing football.”

Football was the perfect sport for a lot of teens.

“It was a nice outlet, it was physical exercise, it was team building and it’s being part of a family and belonging. It taught you discipline too,” Martin said. “That is the thing about this game. If you make a mistake, there’s a physical hurt too. It is a great reinforcer about making mistakes and carrying on.”

“When you get to life, life doesn’t really care about your plans or your feelings, it is just going to happen,” he said. “Sometimes you are going to get knocked down hard in life and when that happens, like in football, you get back up and you get back at it.”

Football was the vehicle which landed Martin a football scholarship at St. Francis Xavier, where he played for four seasons and graduated with a concurrent degree in education and physical education.

“St. FX changed my life,” he said. “Football was my outlet to get me an education and an experience. Otherwise I don’t what I would have done. It sets you up for life and football gave me a chance for a future and the life I have now.” 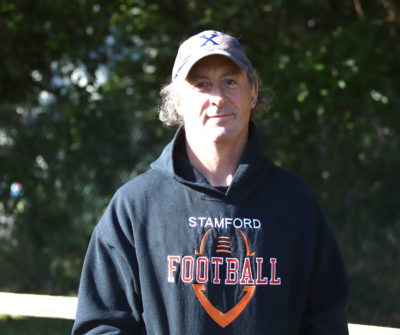 “I am as much of a competitor as the next person when it comes to winning or losing, but to me it is my responsibility to coach and mentor young athletes whether if it is here at Stamford or with the Spears. I don’t care who comes, I will coach you and help you get better.”

But football is only part of it.

“My philosophy is to help kids, not just with football but having some life skills and dealing with the adversity they are going to face. You can’t roll over.”

He takes that part of coaching seriously.

“At the end of the day it’s what you did to make a difference in someone’s life. If you can say that on most days you tried to make a positive difference, well then you have led a good life.”

Martin has a blast coaching.

“I enjoy it very, very much,” he said. “It is very cathartic and fun for me and I love seeing people grow. You’ve got to learn to laugh in life and football is a fun game.”

Martin had great coaching mentors at Stamford, including a pair of Niagara Falls Sports Wall of Famers. He played football for Jim Atack and basketball for Bob Coull.

When his university career ended, Martin returned to Niagara Falls but teaching jobs were scarce at the time. He worked at the casino and helped coach football at A.N. Myer and Saint Michael.

It took him a while to break into the teaching field and his first teaching experience was a long term occasional position at A.N. Myer in 1999. That August, he was dropping his resume off at different high schools. When he arrived at Stamford, principal Larry Sirianni noticed him.

The next day, Sirianni offered him a long term occasional posting in the tech department.

Vito DiMartino, one of Martin’s former teachers, was there at the time and took him under his wing.

“He was really instrumental in transitioning me into phys-ed where my degree was and creating the fitness program here,” he said. “Vito has been huge in my life. I kind of joke around that he was the godfather. He was always super supportive and when I started, he was always willing to help me. He was a great mentor.”

In 2001, Martin took over the football team.

“I was the only football coach in the building. Jim Montgomery was a baseball guy and he helped me out,” he said. “It was the football I remember growing up: Two coaches, maybe three.”

It kept Martin on his toes.

“You had to be pretty focused and keep the kids engaged and following along. We were a pretty small school so you would have a lot of kids playing both ways. One day you would concentrate on offence and special teams and the next day on defence.”

During this time, more mentorship came Martin’s way from Doug Aitchison. Aitchison’s son, Rick, was coaching basketball at Stamford and Martin and Doug would talk football while watching basketball.

“He was very understanding and he taught me a lot of wonderful things,” Martin said. “When you are starting out to build a team, there is a lot of frustration but he was unbelievable.”

As the school grew, more coaches, such as Kitch Howard, joined Martin’s staff.

In 2017, Stamford and Westlane merged their football team and the Babony/Martin partnership started.

In addition to high school coaching, Martin has been on the staffs of teams in the Niagara Spears travel organization for the past seven years. He started coaching the secondary and the defensive line with the varsity team and this past year, he coached at the bantam and senior levels and at the Spears’ skills and drills camps.

He gets a big kick out of helping Niagara’s best take their games to the next level.

‘I have a sense or pride about seeing Niagara kids playing in university or junior football when you know them or have coached them with the Spears or in high school,” he said. “You see them playing and it is a really cool feeling.”

“They are good, they are well coached and most of the them bring a grit to their level of play.”