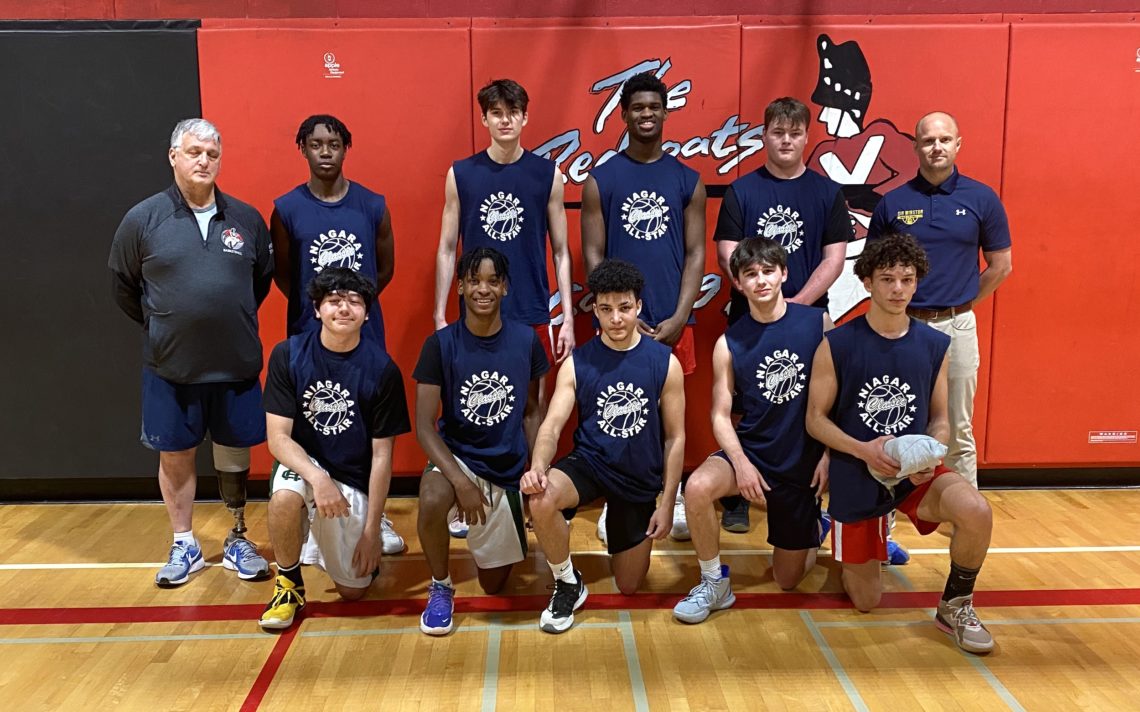 Maltby goes out in style

Dylan Maltby’s final night of high school basketball was a memorable one.

“It was nice seeing people from other teams I’ve played against come together,” Maltby said. “I even felt that with the other team. We were going back and forth laughing.

Maltby, who poured in a tournament-high 38 points to lead the Reds to a 78-54 win over the Blessed Trinity Thunder in the senior consolation championship at the BSPN Best of Niagara Boys Basketball earlier this season, was thrilled when he was selected to participate in the game.

“I remember my brother really wanting to get elected to the all-star game but I didn’t know with COVID ending whether it was going to happen because a lot of stuff got canceled, but I was so happy it did,” he said. “I was so honoured to be picked to the top 40.”

Maltby said the end of high school basketball will leave a void in his sporting life.

Maltby plans to study psychology at Guelph next season, but isn’t sure about playing.

“I’m hoping to go out for the basketball team. I’m hoping to be able to bring it to the next level. I’m going to work hard and train and much as I can,” he said.

Simcoe coach John Ingribelli, who coached Team North with Sir Winston Churchill’s Martin Cook, had not seen much of Maltby play this season.

“I heard a lot of good things about him,” Ingribelli said. “I was really impressed. He can play.”

Scoring statistics were unavailable for the game as individual points were not kept track of properly on the game sheet.

The event was a collaborative effort by a number of groups. Niagara College hosted the event and donated the $400 in gate receipts to the Hope Centre in Welland. The Niagara District Basketball Referees Association officiated the games for free and the all-star shirts were being provided by St. Catharines CYO basketball.

Each head coach was asked to submit three nominations from their own school team and the committee then selected the rosters based on a player’s individual success as well as their team’s success. 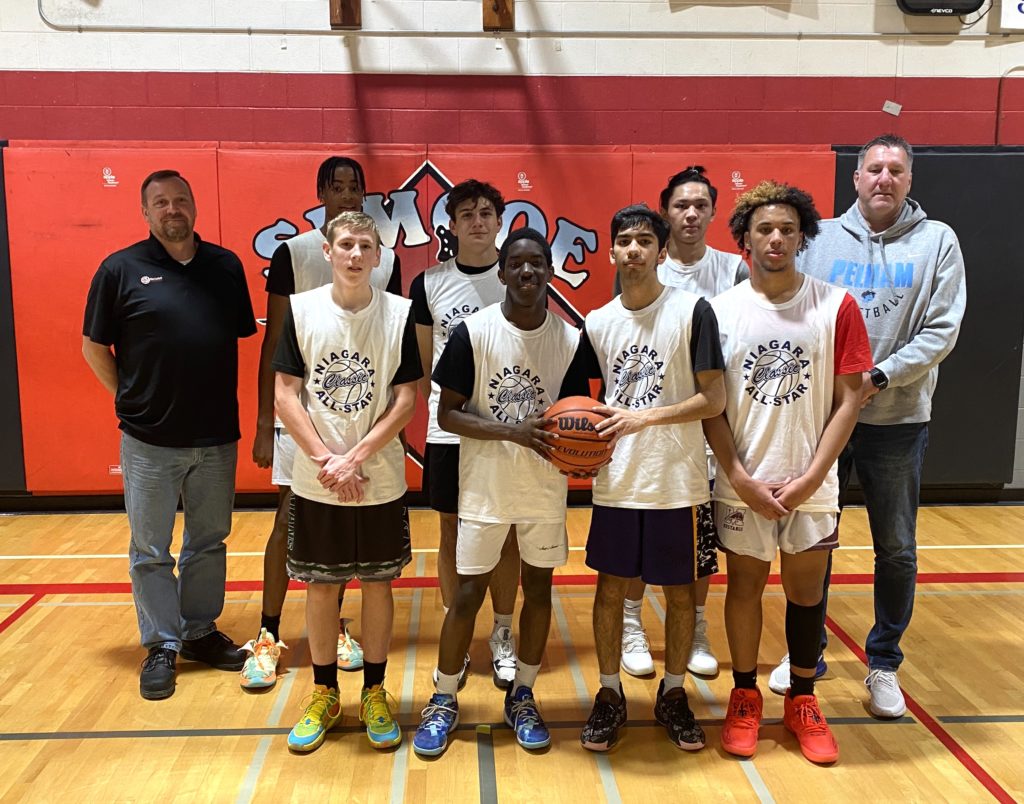 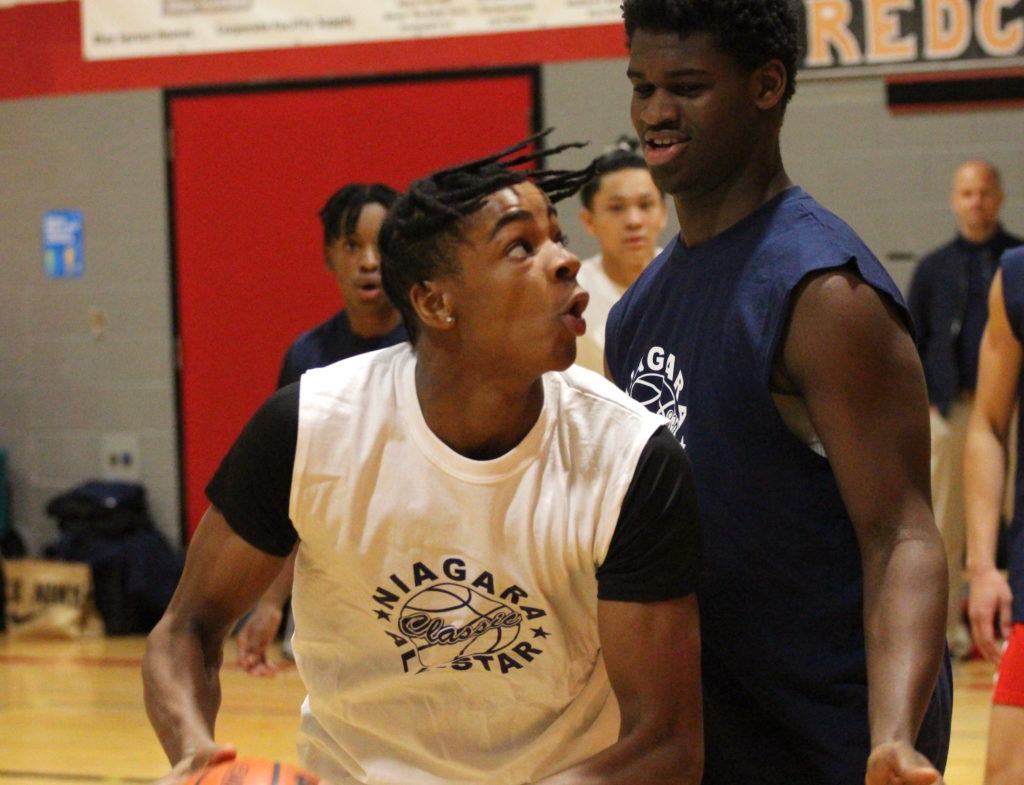 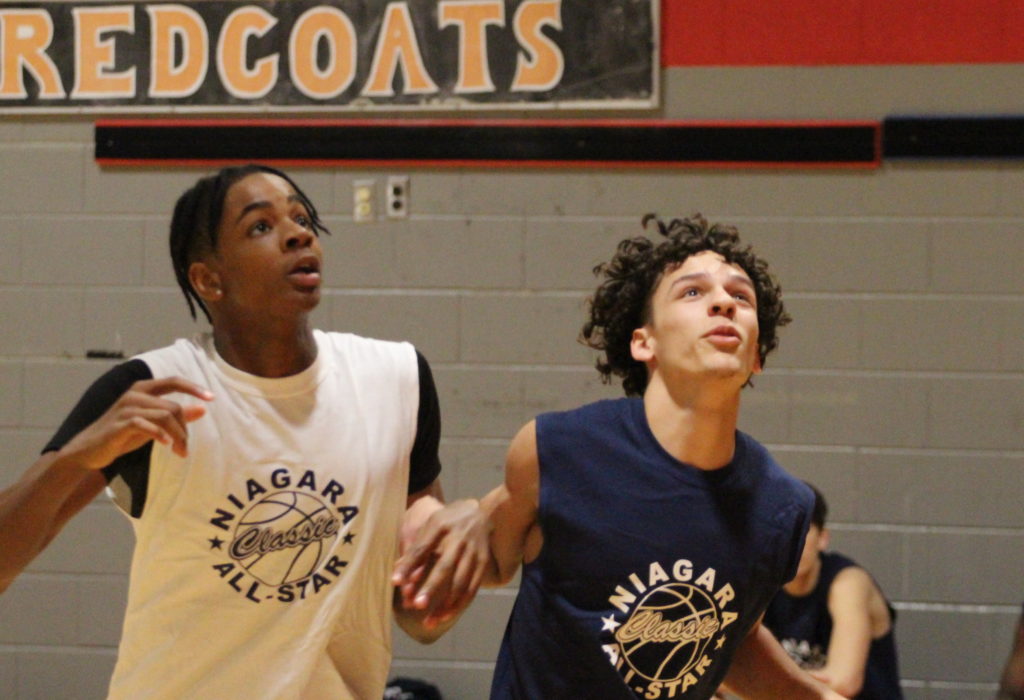 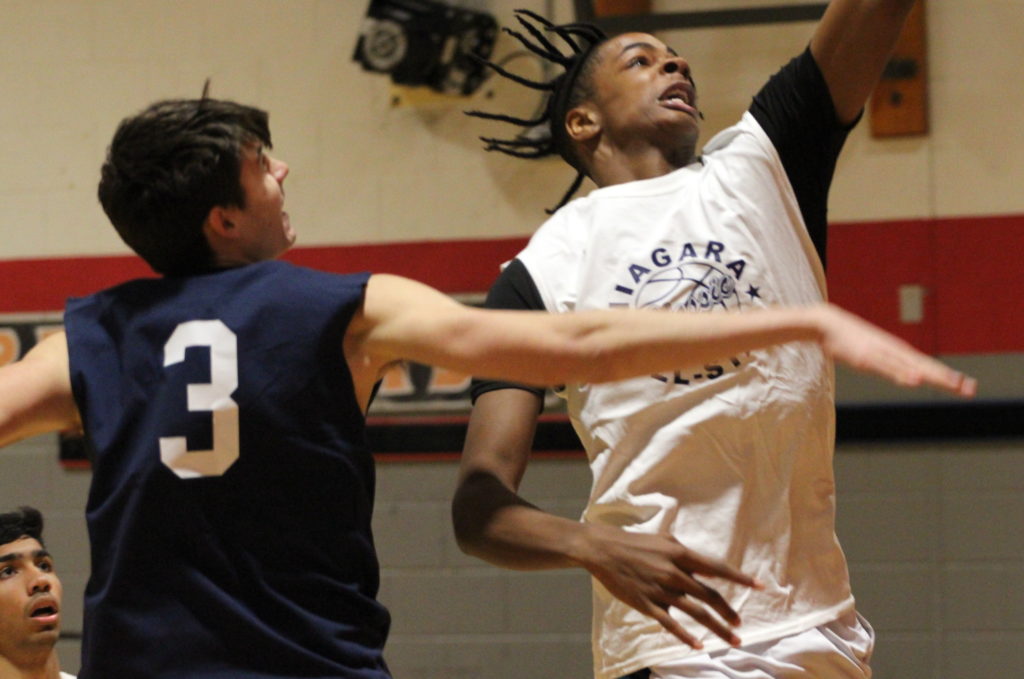 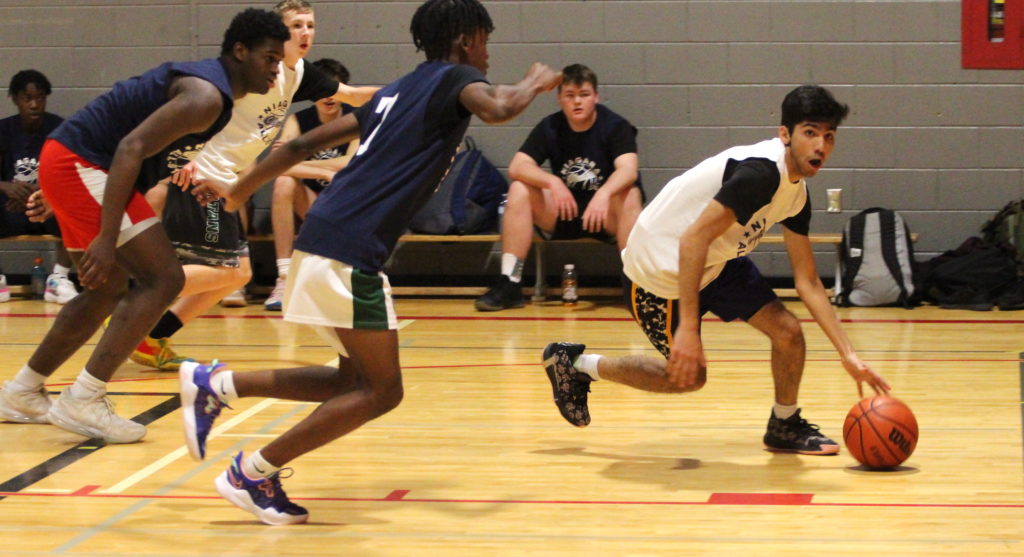 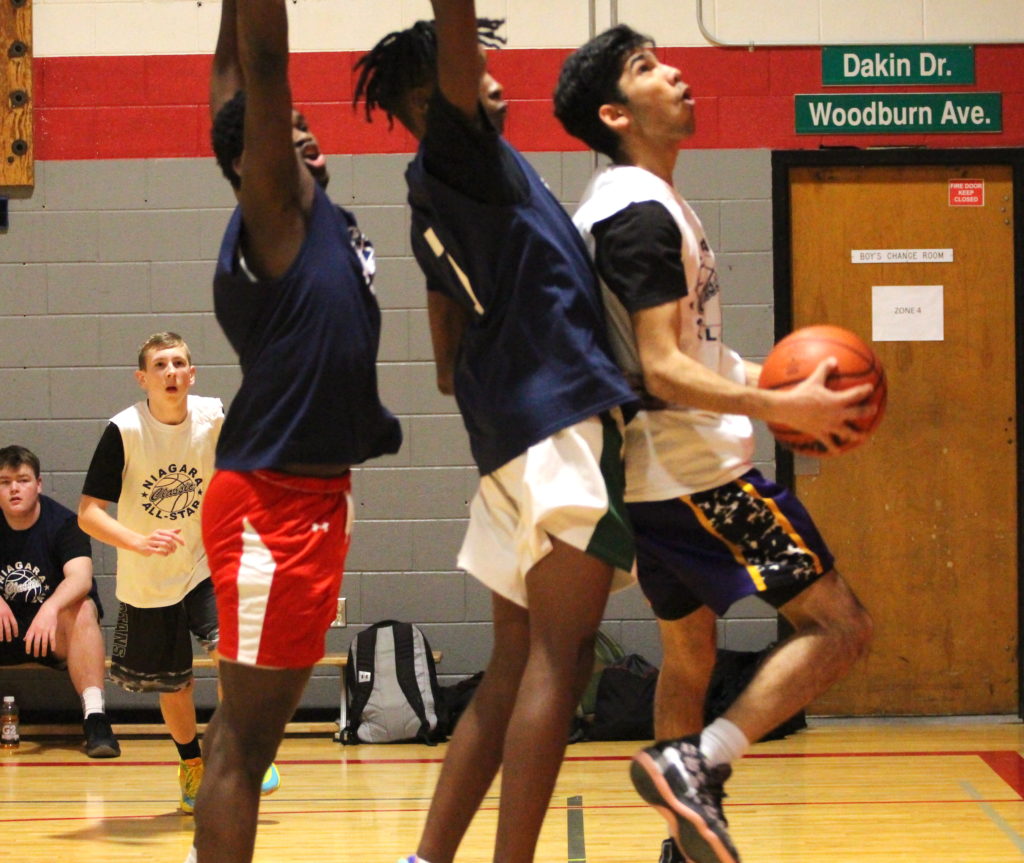 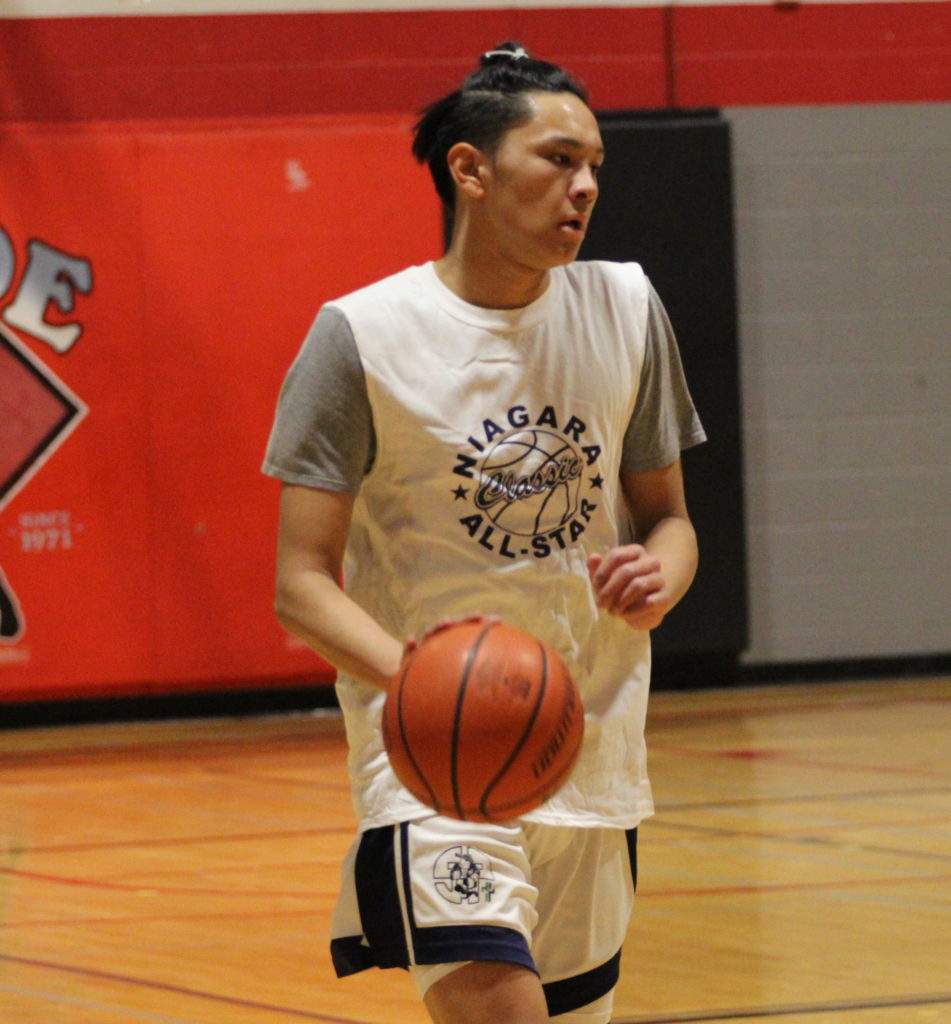 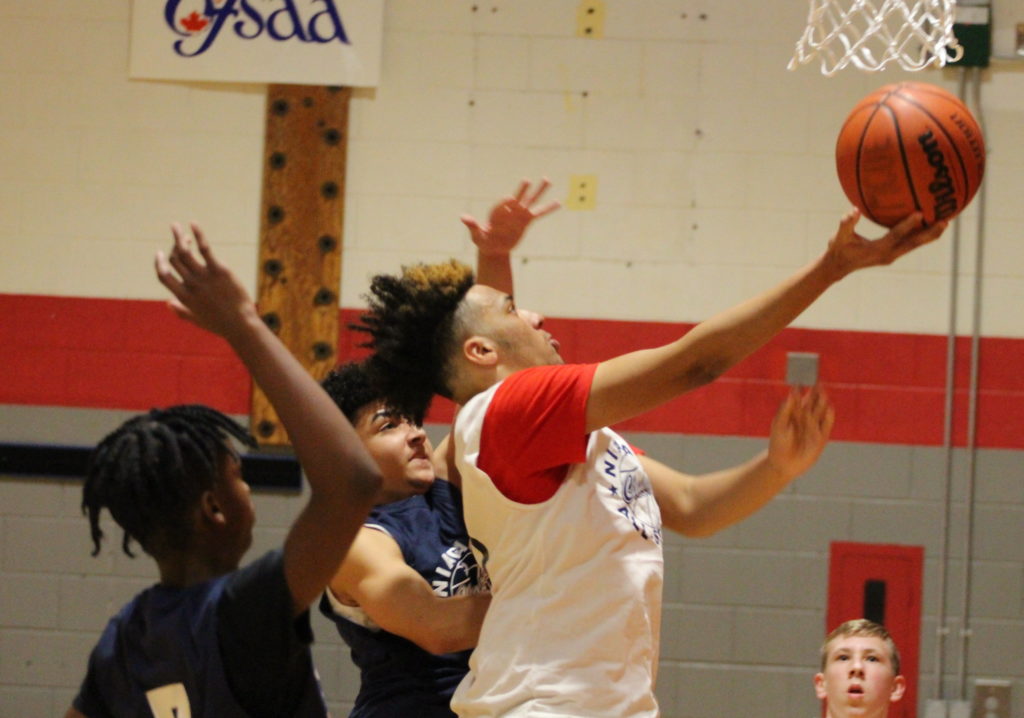 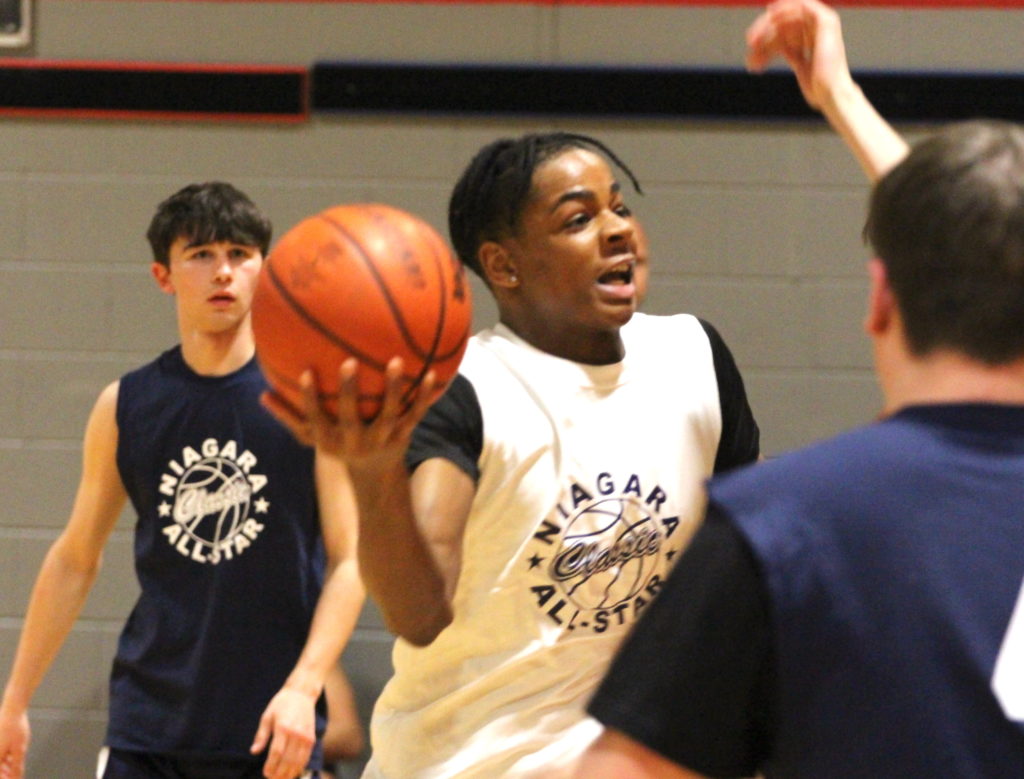 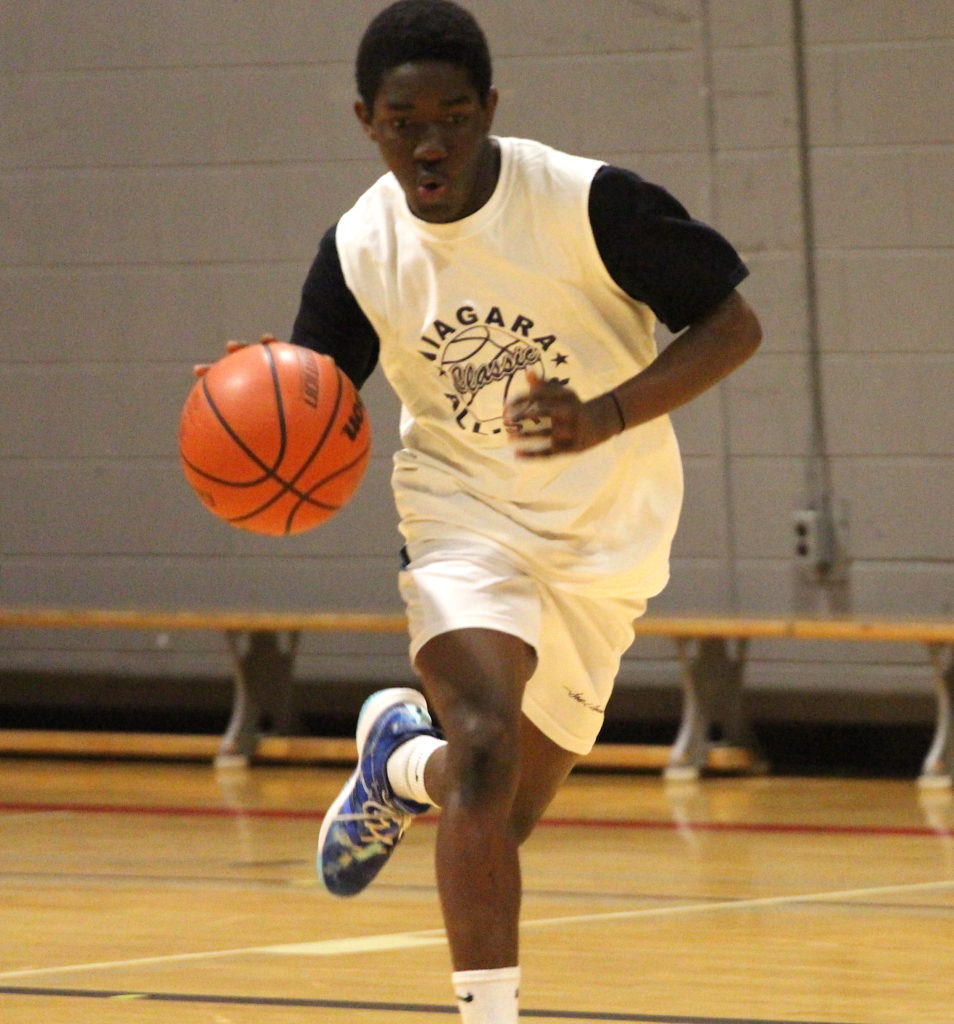 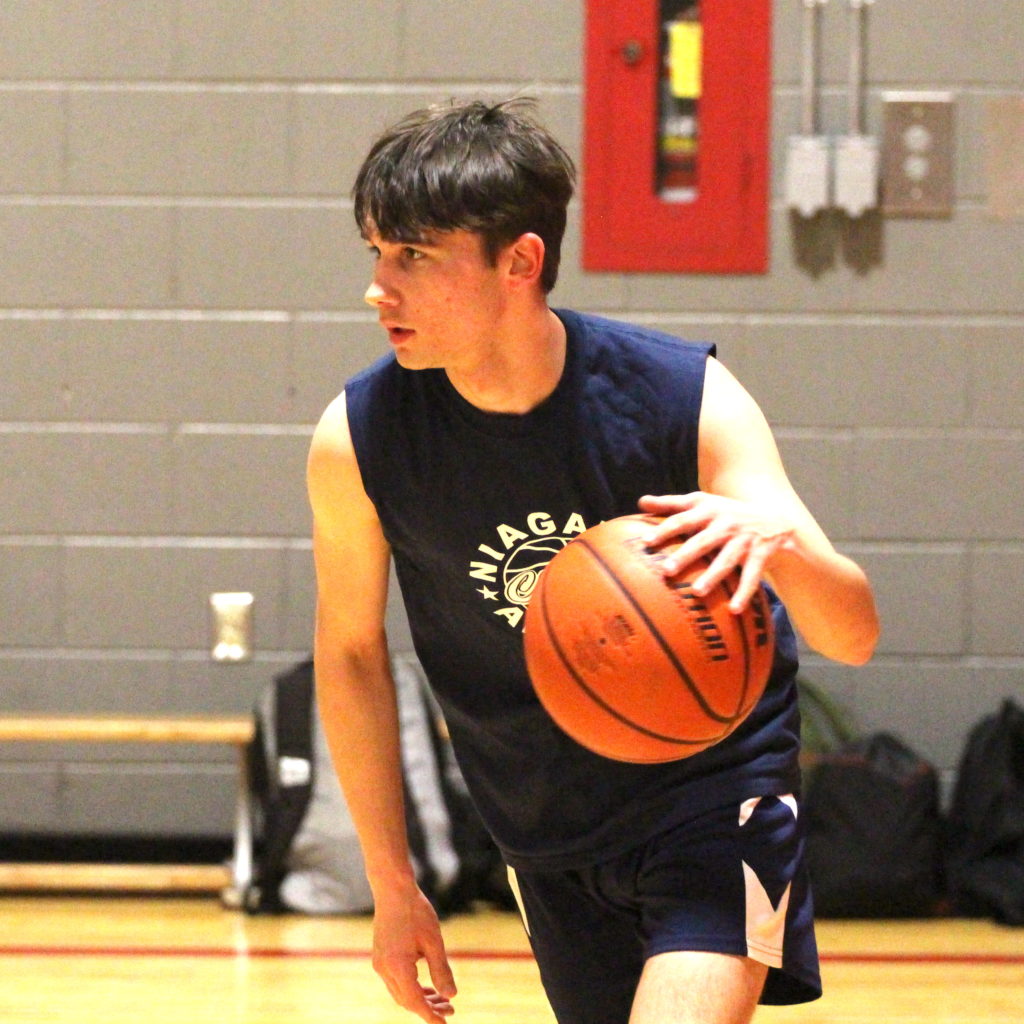