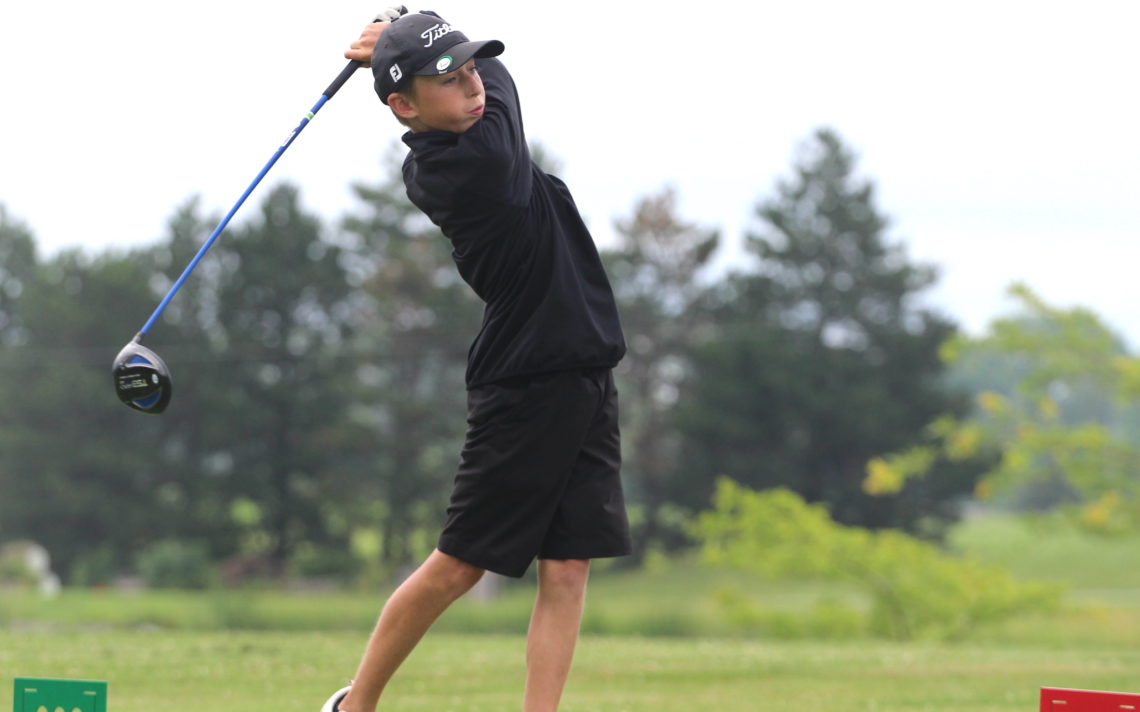 Playing on his home course, Sawmill’s Ben Julie had an impressive showing at the Ontario peewee golf championship last Monday and Tuesday.

The 12-year-old Pelham resident carded rounds of 73 and 77 to tie for 10th in the boys division.

“I was very happy,” said the Grade 7 student at Wellington Heights Public School. “On the first day, my approach shots and putting were really good and on the second day, the first nine wasn’t great but I pulled it together on the back nine by just doing well with everything.”

Julie would have shot even better if not for an old nemesis.

“My chipping wasn’t great as usual.”

Julie’s first-round score was good enough to land him in the final group for Tuesday’s last round at the 36-hole event. 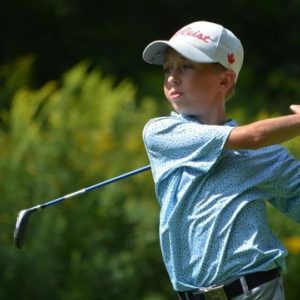 “It was really cool,” he said. “It was nice to have the Sawmill members supporting me.”

The experience was challenging.

“I was nervous because I had never been in a final group before,” he said, “I just thought about playing my own game and not thinking about the others.”

He learned one main thing after being a part of the final group.

Ben has played his home course a couple hundred times and that played a role in his fine showing.

“It was helpful because I knew exactly where to hit it on every hole.

Next up for Ben is the U.S. Kids fall tour.

There were no local golfers in the bantam girls division.

Sawmill was delighted to host the provincial championship.

“We are so excited because it goes with the culture of who we are and what the club is all about,” Sawmill’s Carrie Julie said. “We have an emphasis on growing the game and junior golf.”

The club hosted the provincial bantam championship three years ago.

“We knew we would have five kids ready for the bantam championship and we wanted to make sure we would give them a place to showcase their skills,” she said.

Sawmill made sure to make the event extra special.

“Kids have had a lot taken away from them over the last year and we wanted to put on a great show and give the kids an experience that they would remember forever,” she said.

That excellent treatment included; standard bearers holding up the scores for the last three boys and girls groups on the final day; live scoring for each of the three final groups and live scoring every four holes for the entire field for friends and family who couldn’t be at the event; and, a campfire on Monday night with S’mores and cold hot chocolate.

Sawmill is hoping to host the provincial bantam championship in two years and junior championship qualifying events in the next few years.

Its chances are good considering the course’s spirit.

“You talk to Golf Ontario about it and what you are doing at  your club at the time counts. We really focused on growing the game and junior golf and our member support was ridiculous,” Carrie said. “We had 54 Sawmill members come volunteer during the two days.”