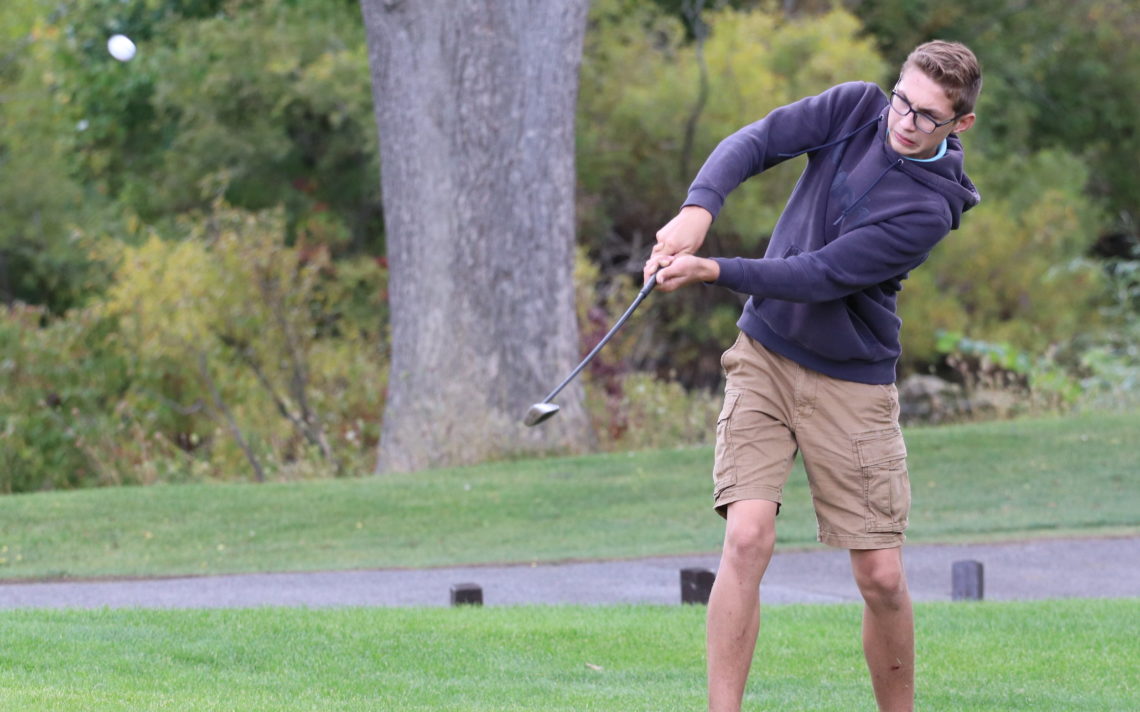 Lacey from Port Colborne and Kenney from Sir Winston Churchill carded 87s in blustery and wet conditions to advance to the Southern Ontario Secondary Schools Association championships next Monday at Sawmill.

“On the front nine, I had a lot of three putts and that was my main struggle today along with off the tee with my driver” said Lacey, a Grade 11 student. “On the back nine, I just hit three wood off the tee and it kept me in play and kept moving the ball forward.”

Lacey has already put the tournament behind her and she is focusing on SOSSA.

“I will continue through the week practising, really putting in the time and see how it goes.”

She will be looking to advance to the Ontario Federation of School Athletic Associations championships this fall after tying for third in 2021.

“I am hoping for the same if not better,” Lacey said.

“It’s important because my goal after high school is to get golf scholarship,” Lacey said. “This summer didn’t go as well as I hoped but I am getting there.”

Her summer issue is one that has befallen many golfers that have come before and many more who will follow in her footsteps.

“For me in tournament play, I was tending to get in my own head and then it ends up going very poorly.”

Her highlight of the summer was carding a 78 on the final day of the Ontario Summer Games.

Noah LeBrasseur’s 76 at Twenty Valley was good enough to record the low score at Monday’s Zone 3/4 golf championship but he definitely left some strokes on the course.

“It was pretty good but it could have been a lot better,” the Grade 12 student at A.N. Myer said. “I went double bogey on 17 and then I had a bogey on 18. I just hit it in the wrong spots and on the last hole I hit the tree by the green.”

Overall, the Cherry Hill member was pretty happy with how he played.

“I was good with it. I hit it pretty well off the tee and I had a lot of wedges I hit in that were close.”

It was a good rebound for LeBrasseur after he shot 79 to finish seventh at Saturday’s 73rd Annual Walt McCollum Niagara District Champions of Champions golf tournament at the St Catharines Golf and Country Club. On that day, he was let down by his putter.

This past season, the 17-year-old made the cut at the Ontario junior championship and finished third overall in the under-19 division of the Niagara District Junior Golf Tour. He only played in six events and won stops at Sawmill, Willodell and Beechwood.

LeBrasseur didn’t play well at the high school level last season but was a member of the A.N. Myer squad that qualified for the Southern Ontario Secondary Schools Association championships and placed second. He is hoping to take that one step further this fall.

“I would like to make it to OFSAA with my team,” he said.