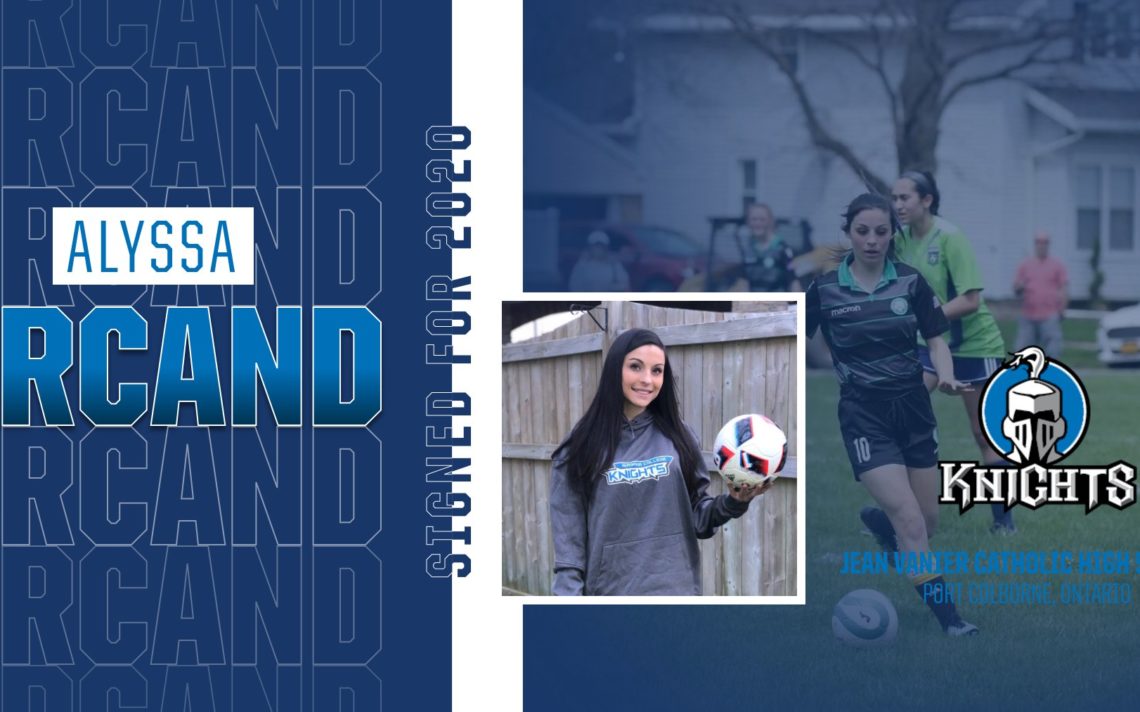 Knights a perfect fit for Arcand

Niagara College offers Alyssa Arcand the best of both worlds.

The 17-year-old Port Colborne native was looking for a school with an established soccer program that also offered her the opportunity to study pre-health science.

Niagara checked both those boxes and also had the bonus of being located in her backyard.

“Niagara has always been one of my top choices because it’s so local and I’ve heard only great things about it,” said Arcand, a Grade 12 student at Jean Vanier. “I know people who go there and they talk about it all the time. They say it’s a good environment and it’s really great to adapt to.

“They have a really great science program. I’m taking pre-heath science for my first year just to get a better feel and figure out what I want to do. I’m still unsure about that. I feel it’s a great thing for me to do.”

Arcand is also looking forward to joining the Knights on the pitch.

“It’s really, really exciting,” she said. “I have a lot to adapt to with the physicality level and playing older girls. I’m going to walk in there as a freshman and there’s going to be girls who are seniors that are three and four years older than me. It will be tough to adapt to, but I think it’s going to be really, really good for me.”

“I’m excited about signing Alyssa,” Lalama said. “She a highly skilled player with speed, aggression and smarts. I think she’ll fit in quite nicely and I can’t wait to see her develop at the OCAA (Ontario Collegiate Athletic Association) level.”

Arcand was brought to Lalama’s attention by men’s assistant coach Rino Berardi. Berardi serves as a recruiter for both Niagara soccer programs, and was recently named the recipient of the Luciano Berardocco award at the 2020 Knights Athletics Banquet.

“During the high school soccer season, we watched numerous games in preparation for the selection process of our annual Niagara College Soccer Showcase game and Alyssa was one of those players that caught our attention immediately,” Berardi said.

Arcand also had the opportunity to train with the Portuguese Benefica National Team in 2019 and was named athlete of the year at Jean Vanier in 2019.

Before the COVID-19 pandemic, she had the opportunity to work out with some of the Knights and came away impressed.

“I’ve been to practices with them already and met the team. I’ve talked to them and they’ve welcomed me with open arms and that’s a really good feeling too,” she said.

Arcand feels her game will translate to the collegiate level.

“I play centre attacking midfielder so I have a really good visual for plays and stuff and positioning of the players,” she said. “I bond really well with other people and adapt to how they play too. I’m good with connecting set pieces. I like to set up plays.”

For now, Arcand is doing on-line soccer meetings with her team and keeping up with her school work from home.

“I was really looking forward to getting into it right away but it does give me more time to figure myself out and get ready to go into the season and into school,” she said. 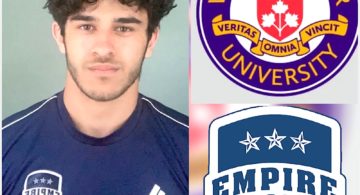 Defender finds a home at Laurier 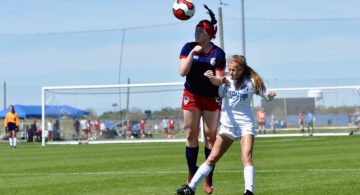 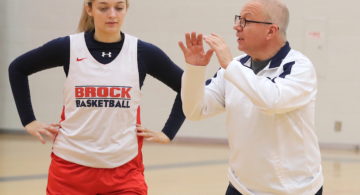