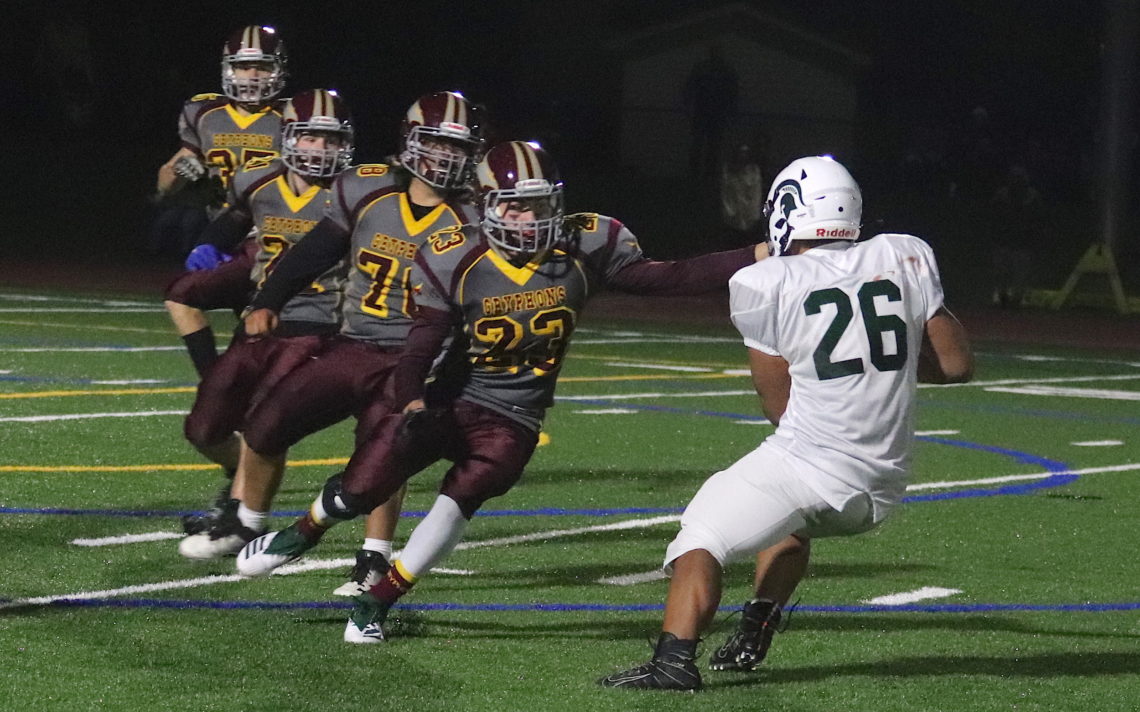 Without the strong and accurate kicking by Theo Pegado, the Westlane Spartans senior football team wouldn’t have been able to rally for a last-minute 23-20 victory over the visiting Greater Fort Erie Gryphons Monday night.

“We needed it,” Westlane coach Brad Martin said. “We are still finding our identity as a team because of COVID and stuff. We have kids who never played before showing up and doing a great job like Theo who did an unbelievable job tonight of kicking three field goals and two PATs (converts).

Pegado’s field goals were anything but gimmes.

“They weren’t chip shots,” Martin said. “He hit some in practice and we gave him a chance because he was hot.”

The former soccer player has been a revelation for the Spartans.

“He came out and was very accurate, he had great leg strength and he is just a wonderful kid in the school as well,” Martin said.

The 17-year-old Pegado wasn’t sure exactly what it was that made him try football this fall.

“It was my friends and stuff. They said I could be a kicker because I played soccer and I decided to do it.”

It has been love at first kick for him.

“I have watched it my whole life and it’s great. I wish I had started so much sooner.”

His soccer background had translated well to football.

He hasn’t been surprised by his success on the gridiron.

“At practice, I always make my field goals,” he said, adding his longest successful field goal in practice is from 50 yards out.

Pegado doesn’t feel any pressure when he comes out for a field goal or convert attempt.

“I don’t know why but I have never felt any pressure.”

Grimo also scored a touchdown in the first half on a short run to power Westlane’s offence.

Monday’s match was a continuation of a game that started last Friday and was halted by nasty weather. The score was tied 0-0 with about five minutes left in the half.

The loss dropped the hard luck Gryphons to 0-3 in NRHSAA play.

“That was a tough one,” Greater Fort Erie head coach Dave Sauer said. “Again we were shorthanded and we were fighting through injuries and having guys missing. I was really impressed with our effort.”

That effort was just not quite enough.

“We had this game at the end and it was cool that we took it down and scored at that part of the game,” Sauer said. “Westlane played tough and so did we. We have just had no luck. Our undisciplined play didn’t help with penalties but I’m proud of our effort and we will see what happens.” 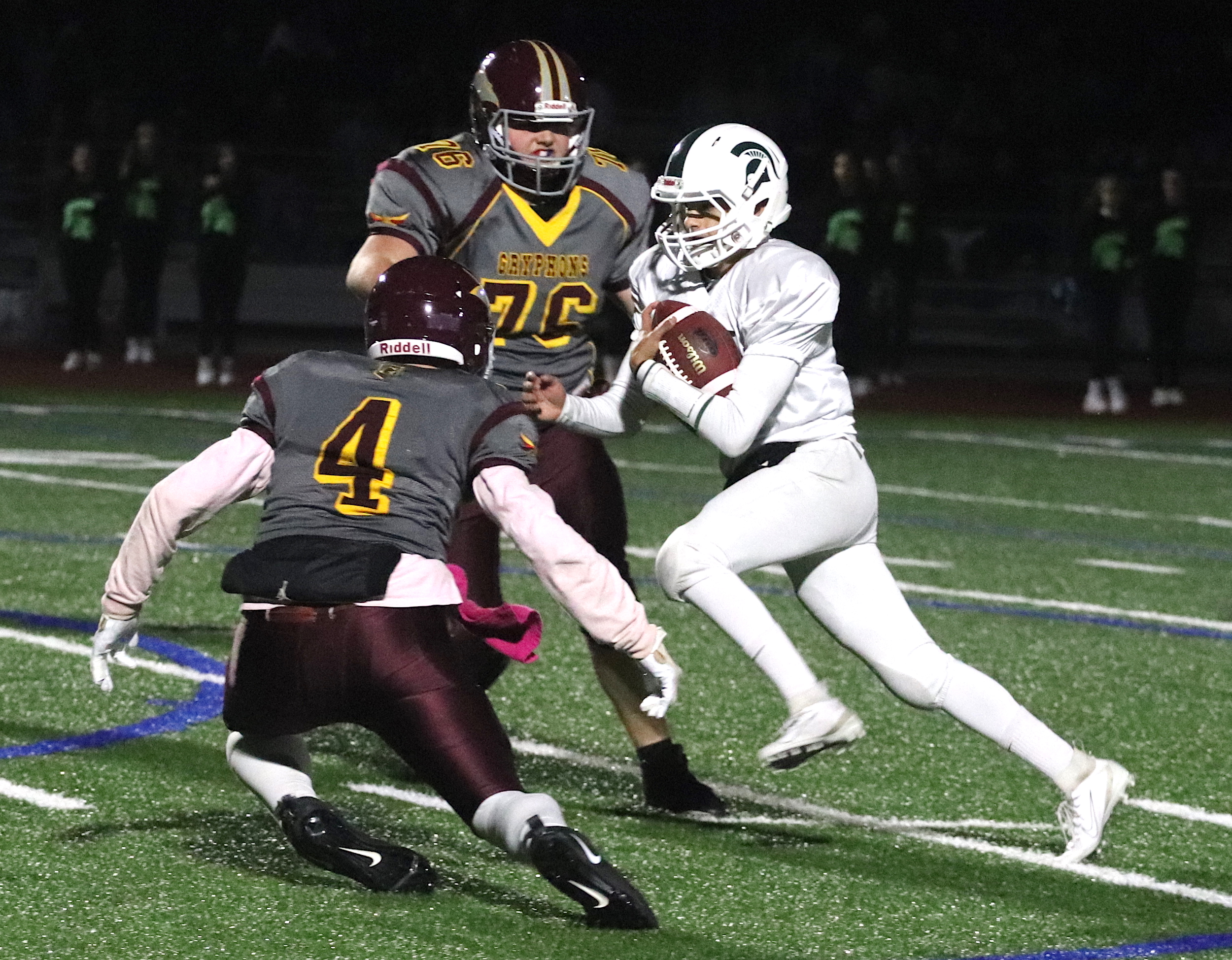