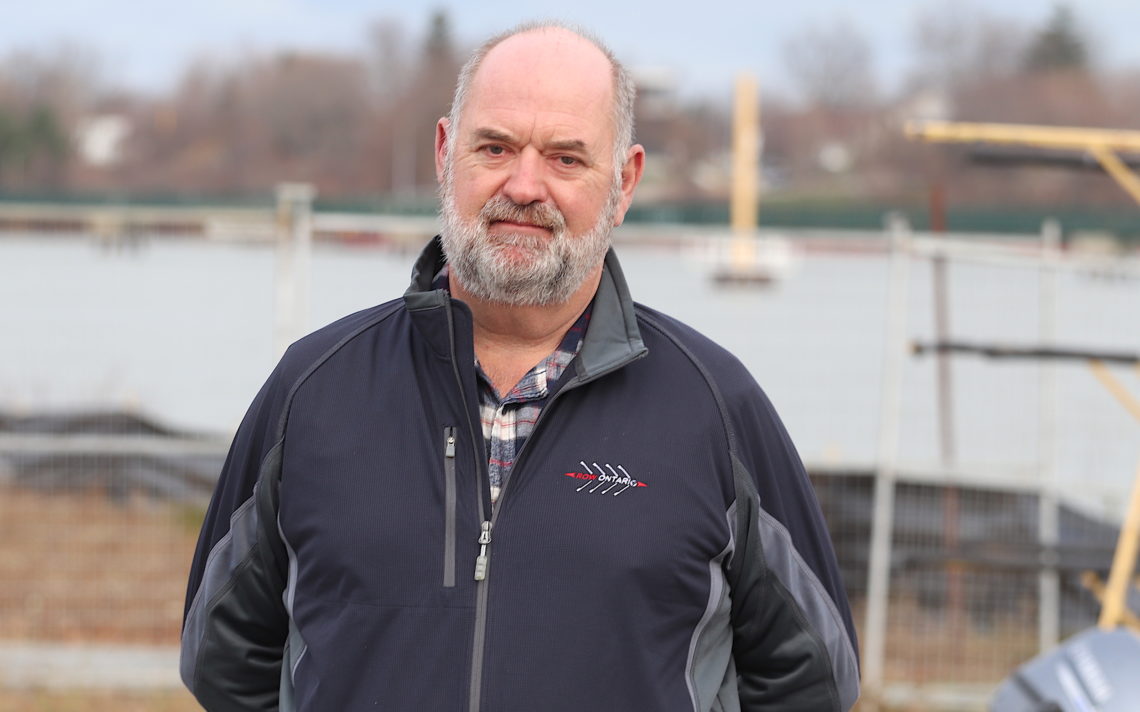 For the past 50 years, Ken (Jasper) Campbell’s springs and summers have revolved around rowing.

One might have expected the long-time regatta chair, umpire and administrator to be like a fish out of water in 2020 because of COVID-19 cancellations of rowing but that wasn’t the case for the 63-year-old St. Catharines native.

“Actually it wasn’t bad. I got to golf this year wherever we could get a tee time. I got worse,” said Campbell, who on Monday became the first-ever inductee into Row Ontario’s Hall of Fame.

Campbell missed rowing but described 2020 as a good break.

“My wife (Louanne) passed away about a year ago and I was able to get my head straight. It was a good reset.”

“We are in limbo because you just don’t know what is going to happen,” he said. “From what I can see and what we hear, schools may not have sports in the spring. We are still going through the planning stages and being prepared just in case but we probably won’t know anything until March.”

In a ‘normal’ year, Campbell’s rowing schedule starts in January with annual meetings and wrapping up what happened in the previous season. Planning for the Canadian Secondary Schools Rowing Association regatta then gets underway and intensifies in March with committee meetings. Campbell, the CSSRA regatta chair, is kept busy updating websites, communicating with schools, getting the registration system on-line and updating changes. Entries then start to roll in and Campbell is busy checking to make sure they’re done properly.

He begins umpiring at the Early Bird and Mother’s Day regattas and carries on late into the fall at the Brock Invitational and Ontario University Athletics championships. He chaired the Henley regatta in August until Peter Scott took over and was the regatta’s chief umpire before relinquishing that role to Tom Blacquiere.

As one of 20 FISA umps in Canada, Campbell also gets to travel the world and has visited Germany, Austria, Scotland, United States and Slovenia. 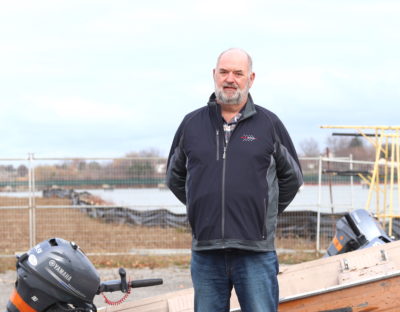 “My dad (George) rowed when he was a kid and then my brother (Brian) rowed and that’s what got me here. He would be down here coxing and I would ride my bike down and hang out. Then crews would ask me to come and steer for them.”

He and his classmates were also brought down to the course by one of his teachers at Dalewood, Bob Mackie.

“I thought it was kind of cool and then I started rowing in high school.”

After high school, he began to pay it forward.

“I started coaching as a way to give back and I was putting a lot of time in. Then I started working on the administrative end of it with the rowing club. It escalated from there.”

His motivation is simple.

“My goal has always been to try and keep the politics away from the athletes. I will do the political thing and deal with the associations and whatever. I want to make sure the kids can get on the water and perform to their best abilities.”

He has fun while he works.

“People enjoy being down at the club or a regatta site and you’re always meeting people and you end up with good relationships with people from across the country and across the world,” he said. “When I travel anywhere, when you say you are from St. Catharines, people know St. Catharines and a lot of times you know the same people.”

The highlights are many.

“It’s being able to travel, experiencing the different ways regattas are run and meeting people from all over.”

About the only lowlight is the sheer amount of hours it takes up.

“There’s a lot of time put in not just by me but by everybody who volunteers. During events, there is not much down time,” he said. “You rely on other people who are helping with you and they get you motivated. They push you through.”

Among his mentors were Claude Saunders and Charlie Ryan.

“When I first started umpiring, they were the ones that mentored me. They were a huge force.”

There are huge forces swirling through racing even without the spectre of COVID-19.

“I think rowing is going to go through some tough times. The way the economy is now, more kids are having to get jobs and they don’t have a lot of extra time to row,” Campbell said. “It will be a select, dedicated group of athletes that will continue to row. It may change in five or six years because there is going to be a huge growth in kids coming in.”

There are also structural changes coming to the sport.

“With the way the international scene is going, lightweight rowing may be done away with in the Olympics after the Paris Olympics,” Campbell said. “That will trickle down and national teams won’t have lightweight crews and clubs will ask why are they training lightweights if they are not going to proceed? It hurts smaller kids because a 130-pound kid is not going to compete against a 200-pounder.

“Hopefully we will be able to maintain the different weight classes at the high school level but there’s always pressure about the lightweight classes because is it healthy for those kids to lose weight?”

Campbell’s ‘weighty’ resume made him a good choice as the first ever inductee into the Row Ontario hall.

“There are a lot of people out there who probably deserve it more than me,” Campbell said. “It’s an honour and it’s very humbling.”