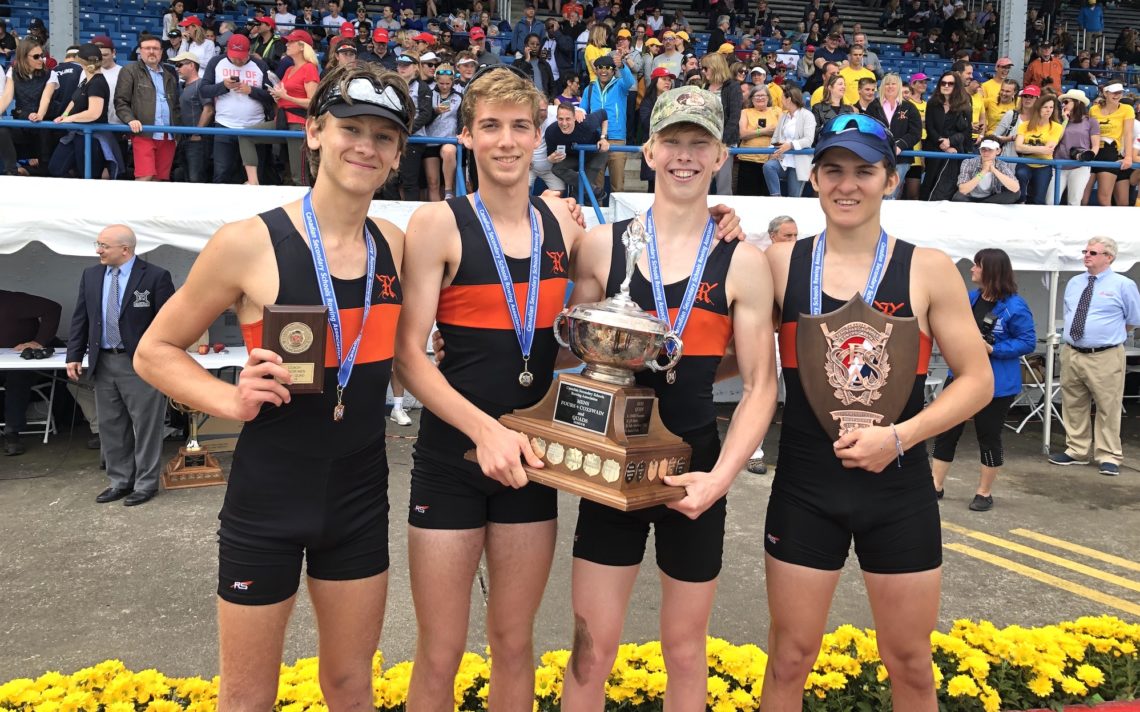 Ridley turned in one of their strongest showings in years, taking home three goal medals, two silvers and three bronze.

“We’re really excited. It was a great turnout for the school,” senior women’s rowing coach Siobhan McLaughlin said. “What we were most proud of is that the medals were across all the programs between junior boys, junior girls, senior boys and senior girls. Each of those divisions was represented on the podium.”

“I’ve been coaching for about 20 years at two high schools, and eight medals is the best I’ve ever been part of,” he said. “It was really incredible.

“It was so good to have so many kids come back with something around their necks, showing that their hard work has paid off for them.”

McLaughlin could feel the support from the school at the finals Sunday.

“This year was the biggest we’ve had in terms of support from the school and people turning out in the grandstands to cheer on the school,” she said. “That was awesome. The athletes really appreciated it. It was great to have so many people out supporting the team, for sure.

“It also exposed a lot of our other students to see what our sport is all about. All of our competitions take place away from the school, so it’s sometimes hard to picture what’s happening.”

“It was certainly our goal,” McLaughlin said of the gold medal. “That’s the crew that’s heading over to Women’s Henley (June 13), so they had a lot of pressure to perform well because they knew going into it, especially after the win at Stotesbury, that they were kind of the target and everybody was going to try and beat them, but they certainly stepped up their training and executed the race plan well.

“We knew if they did that, they would certainly be in contention at the top.”

Cook told BPSN Sunday the crew was confident heading into the race.

“We knew we had a chance, we didn’t know by how much we were going to be out front. We left it to the course and wanted to see what we could do and pushed ahead right from the start,” she said. 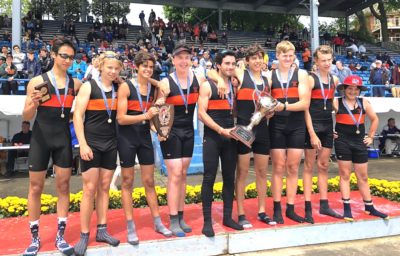 “Oh, man, it’s crazy. It’s my fourth year and I’ve never won this before. It’s got my adrenaline going for sure,” Petrunick said seconds after the crossing the finish line. “Previously, we’ve had good years but the whole program has been so great. Ridley started out strong this year and the environment has been so great.

“It was our hardest race of the year. We were bow-to-bow with these boys from Shawnigan and then we gave it our all and came out on top.”