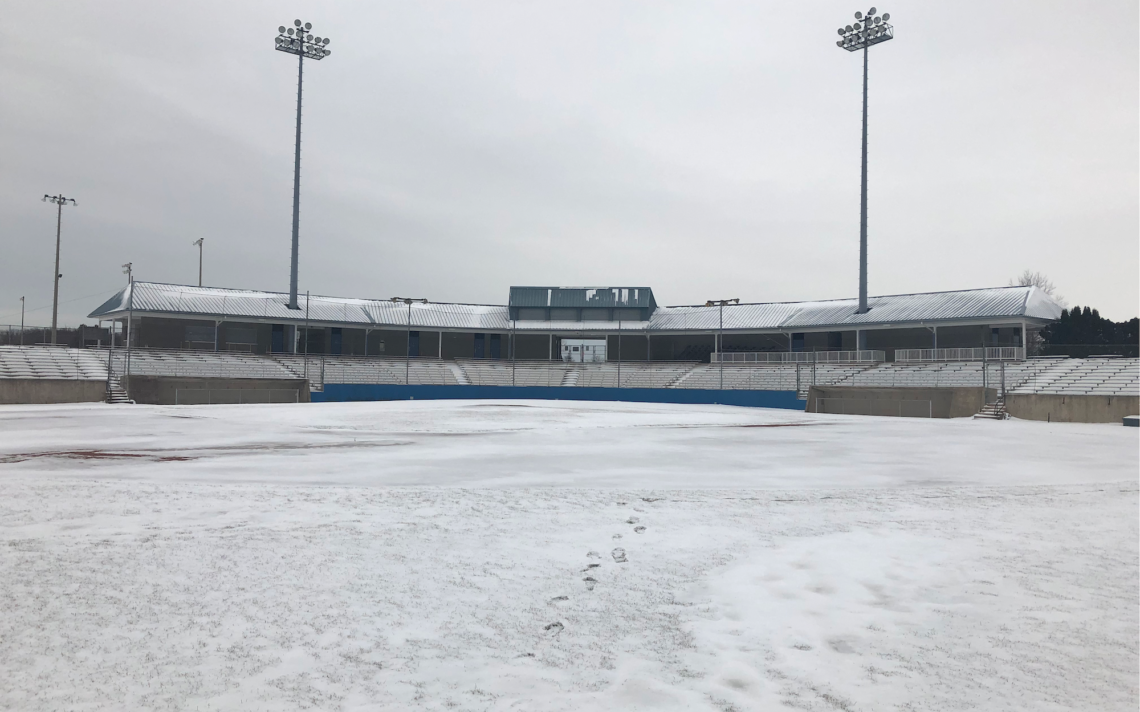 So far, so good for the Welland Jackfish.

The newest franchise in the Intercounty Baseball League is off to a promising start already selling more than 200 season tickets, most in the IBL.

“The business side of things is starting to turn around,” said Mike Konderka, Welland’s vice president corporate sponsorship. “We’re seeing a lot of local businesses come to the plate for sponsorships and advertising. People are starting to see value.

“We’re selling our season seats daily. The interest in there. We’re happy. We’ve got tons of community support.”

The Jackfish have opened an office at the Welland Stadium and Konderka reports the walk-up traffic has been surprisingly brisk.

“People are coming in, stopping by on snowy days or rainy days and buying season seats,” he said.

“I’m not going to say we were skeptical in the beginning. We knew that baseball in Welland would work, but you have to cater to the right market,” he said.

“Welland was a great baseball market when the Pirates were in town. People loved it and we have to go back to that old school mentality. There is a decline in junior B hockey and lacrosse. Getting people out to sporting activities is difficult.”

Konderka said the blue and green merchandise of the team has also been a hit.

“Our merchandise sales are going really well. We’ve sold out of cases of hats already and boxes of T-shirts,” he said.

As well, the team mascot outfit has arrived with a name the mascot contest underway on the team’s website.

The Jackfish are working with the City of Welland and Konderka says the arrangement has been first rate.

“Since we got the right from the City of Welland to do the sales of signage, we’re getting a lot of interest from local businesses. The city gets their share but they’re leaving in our hands.

“They have done a lot of work for us too. Whatever we have asked, they have tended to so we’re grateful for that.”

Konderka wasn’t able to specify at the moment any changes in the works for Welland Stadium but did say plans are in the works.

“There’s not much right now but we’re working on some pretty cool ideas for advertising and game day promotions that will put us over the top,” he said. “We’re really working on what we’re going to deliver. The baseball will be the background.

“Professional baseball hasn’t been in Welland for a long time and people want that back and I think what we have to offer is pretty good.”

The Jackfish have named St. Catharines resident Brian Essery as their field manager while Rick Pillitteri of Niagara Falls will act as a coach.

The team has also signed a handful of players, including left-handed pitcher Ryan Bench of Fonthill and outfielder Tyler Wood of Niagara Falls.

“We’re working on a couple of local guys. We’re trying to get a lot of local talent back in. It will put local butts in the seats but it will also give guys closer to home an opportunity to play ball,” Konderka said.

The team announced last week Rod Mawhood, voice of the Niagara IceDogs, will act as the team’s public address announcer.

The final schedule is still being worked on but Konderka said the Jackfish are slated to play their first game Saturday, May. 11. Thursday night will be their primary home night with a few dates on Sunday and Saturday as well.

For more information, see the team’s website at https://www.wellandjackfish.com