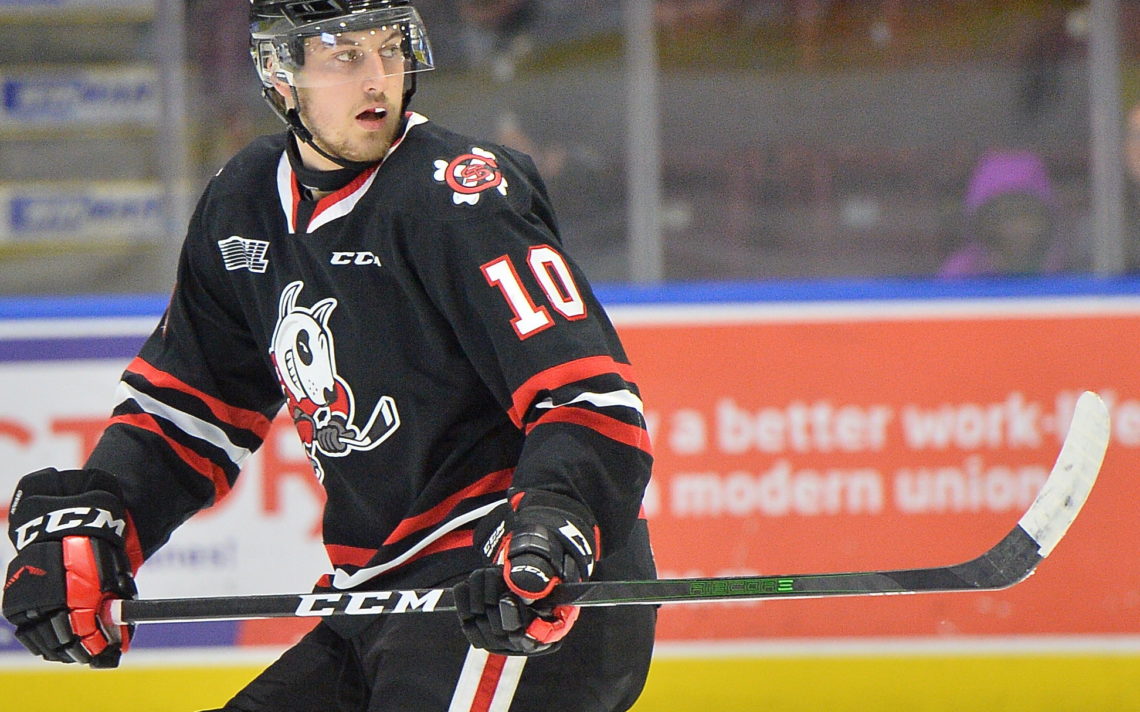 The Niagara IceDogs emerged victorious in a wild shootout with the North Bay Battalion Thursday night in North Bay.

Mason Howard’s third goal of the game with just four seconds remaining in overtime gave the IceDogs a 9-8 triumph over the Battalion in Ontario Hockey League action at the North Bay Memorial Gardens.

“Probably the craziest game I’ve ever been a part of,” IceDogs coach Billy Burke said. “Very happy and proud of Mason Howard. He’s the best shot blocker in the league and for him to get a hat trick and the game winner, he sure deserves this.”

The IceDogs grabbed a 4-3 lead after one before the Battalion tied the game 6-6 after two. Each team scored twice in the third period, setting the stage for Howard’s heroics.

“Great character and resiliency from all the guys,” Burke added. “Multiple times we could’ve folded, but we kept fighting all night.”

Josh Rosenzweig made his second straight start in goal for the IceDogs in place of the injured Christian Sbaraglia and was bombarded with 55 shots. The IceDogs totally 38 shots on North Bay netminders Joe Vrbetic and Cameron Lamour.

“Also happy for Josh Rosenzweig getting his first win,” Burke said. “Showed great resiliency and made some great saves all night but especially in OT right before Howard ended it.”

The IceDogs are home to the Kitchener Rangers Saturday and in Hamilton Sunday at 2 p.m.