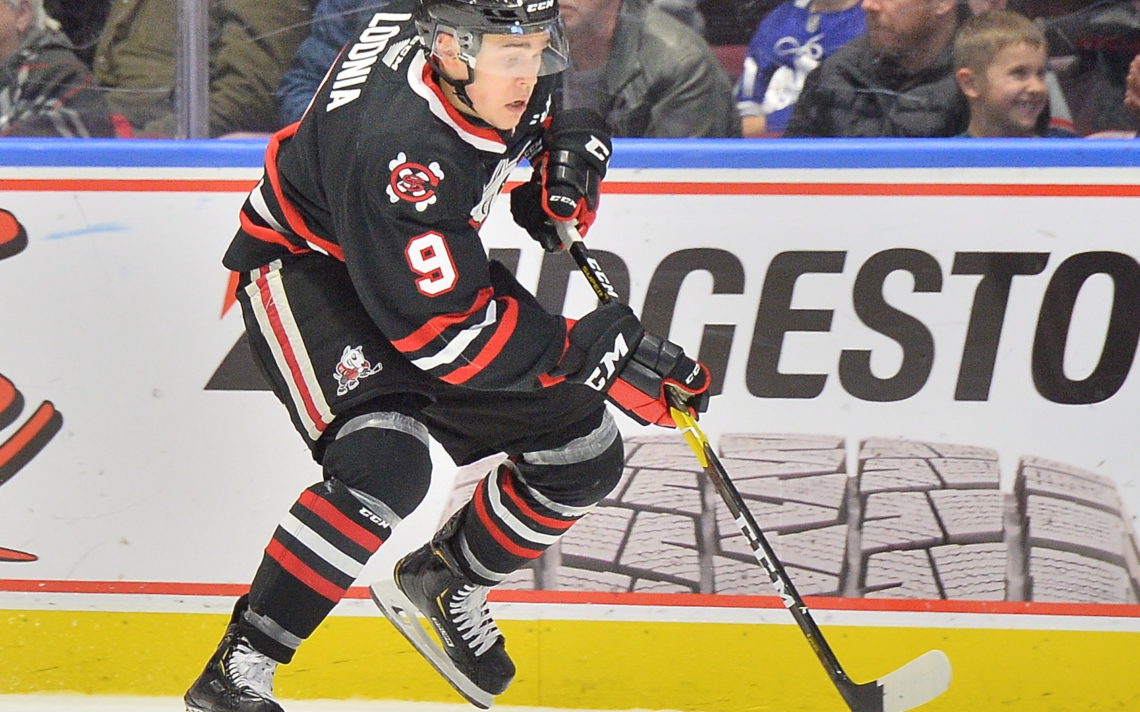 IceDogs captain Ivan Lodnia retuned to the lineup Thursday as Niagara dropped a 4-1 decision to the Barrie Colts.  Photo by: OHL IMAGES.

Even the return of Ivan Lodnia wasn’t enough to get the Niagara IceDogs back on track.

The IceDogs captain was back in the lineup Thursday after an absence of 11 games, but the IceDogs still couldn’t get back in the win column as they dropped a 4-1 decision to the Barrie Colts in Ontario Hockey League action in St. Catharines.

The IceDogs have now dropped 10 straight, 12 of their last 13, and have only two wins in their last 16 games. Their last victory was a 5-3 win over Mississauga Jan. 23.

The IceDogs, who were 1-10 in Lodnia’s absence, are still somehow clinging to the eighth and final playoff spot in the Eastern Conference, one point ahead of the Kingston Frontenacs who own two games in hand.

Lodnia looked good in his return — he set up the IceDogs only goal and received a ton of ice time.

“He’s an elite player, he’s a star player,” IceDogs coach Billy Burke said. “You needs stars in this league. He’s an all-situations guy and a great leader. Heart on his sleeve, obviously he wants to win, he wants it more than anybody.

“Having his presence back in the lineup is good. I know it hurt him being out. We’re a different team with him in the lineup.”

The IceDogs were more competitive for stretches, but were still lacking the solid, 60-minute effort required.

“Obviously, there were the same type of mistakes but it’s building on the positives and not dwelling on the negatives too much, but obviously needing to correct mistakes.”

Burke said the team is not dwelling on is the current losing streak.

“I don’t think anyone is worried about the number of losses, really, even through it’s a bad streak of 10 now,” he said. “They all know it but no one is dwelling on the actual number.

Burke feels keeping it simple is best way to get back on track.

“Sometimes guys feel like they have to do too much. One guy isn’t going to turn in around — it almost goes backwards. It’s important everyone do their job, play within a team structure, and try to limit those big turnovers which end up shooting you in the foot.”

Each team scored in the first period which saw the IceDogs outshoot the Colts 15-10.

The Colts grabbed a 4-1 lead in the second on three goals, including the last goal with 6.9 seconds remaining and the IceDogs shorthanded after Burke was assessed a bench minor.

Niagara came out strong in the third and had two point-blank chances to score by Anthony Agostinelli and Jake Uberti, but game up empty.

Niagara also had a two-man advantage for 1:21 and even called a time out before to set up their strategy but were unable to score. With 31 seconds remaining in the second penalty, Cameron Butler was called for an unsportsmanlike conduct penalty.

Ice cubes: Christian Sbaraglia and Lucas Theriault, both listed as day to day with lower body injuries while forward Cam Peters (month to month) and Landon Cato did not dress for Niagara  . . . The IceDogs partnered with Canadian Mental Health Association in Niagara for a mental health awareness game, presented by Teachers Life . . . Friday’s home game versus Hamilton will feature the IceDogs wearing special jerseys to commemorate Valentine’s Day. The red and white jerseys feature Bones as Cupid, with trailing hearts. The jerseys will be auctioned live post-game with the help of Luke Pasmore and his staff from Luke’s Auctions, who donate their time. Mainstream Niagara, Community Living St. Catharines and The RAFT will share in the proceeds from the auction . . . Elijah Roberts was given a minor penalty and 10-minute misconduct for illegal equipment (eye shield not over eyes) in the first period . . . Former Thorold Blackhawks coach Rich Brown, now a scout for the New York Rangers, was in attendance. 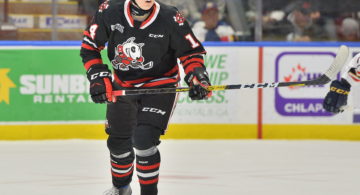 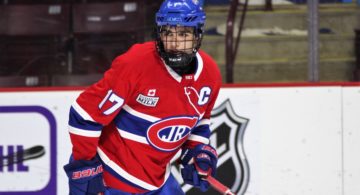