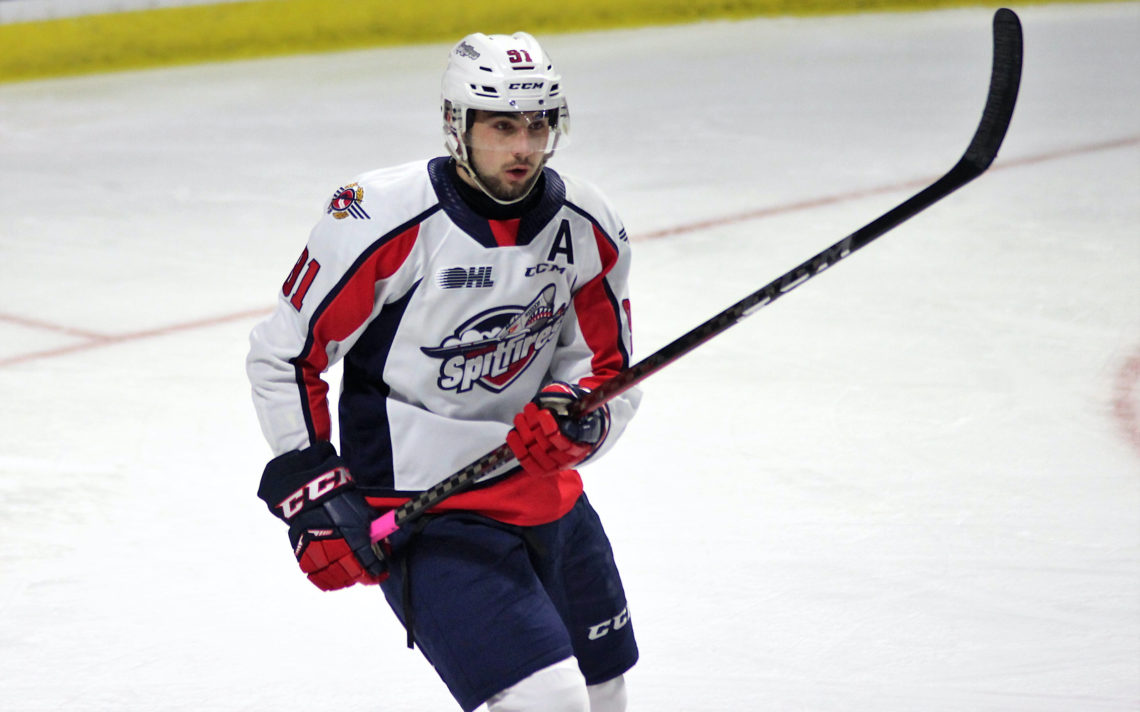 Niagara added forward Pasquale Zito from the Windsor Spitfires Thursday in one of several transactions completed. Photo by: OHL IMAGES.

The Niagara IceDogs completed a flurry of transactions Thursday, picking up five players in exchange for up to 13 draft picks.

The IceDogs announced the deals on their official website, citing confirmation from general manager Darren DeDobbelaer.

DeDobbelaer purchased the team in May from long time owners Bill and Denise Burke, pending approval from the OHL. There has been no official announcement from either the Ontario Hockey League or the IceDogs that the sale has been made official.

Zito was an assistant captain for Windsor last season and registered 42 points in 49 regular-season games and picked up seven points in the OHL playoffs. Zito was drafted by the Detroit Red Wings, 166th overall, at last year’s NHL entry draft. He is described as a solid playmaker with quick feet and a hard right shot.

Ribau is native of Oakville who will bring a veteran presence to the IceDogs blueline with over 100 OHL games of experience. Ribau, who is listed at 6-foot-1, 185-pounds, is a former assistant captain with the Sudbury Wolves.

Forward Matthew Papais (2002) was picked up from the Guelph Storm for Oshawa’s fourth-round pick in 2024 and Niagara’s third-round selection in 2025.

Papais, a native Nobleton, is entering his fourth OHL season. He was a seventh-round pick in the 2018 entry draft. Papais had an impressive year last season recording 19 goals and 21 assists in 60 games played, setting a career highs in both categories.

Jesus, who is entering his third OHL season, is a big (6-foot-4, 181 pounds) right-handed defenceman who had 22 points last season.

Vsevolod Gaidamak (2003) comes from Ottawa at the cost of a 2023 third-round pick. The native of Khabarovsk, Russia collected 16 goals and 17 assists last season. He also recently played for team Russia U-18 at the IIHF World Junior Tournament. In his 2020-21 season, Gaidamak had 25 points in just nine games for the Spartak St. Petersburg in the Russian U18 League.

The Canadian Hockey League’s 2022 import draft will be held Friday. The IceDogs will select 11th in the first round and again 71st overall in the second round.