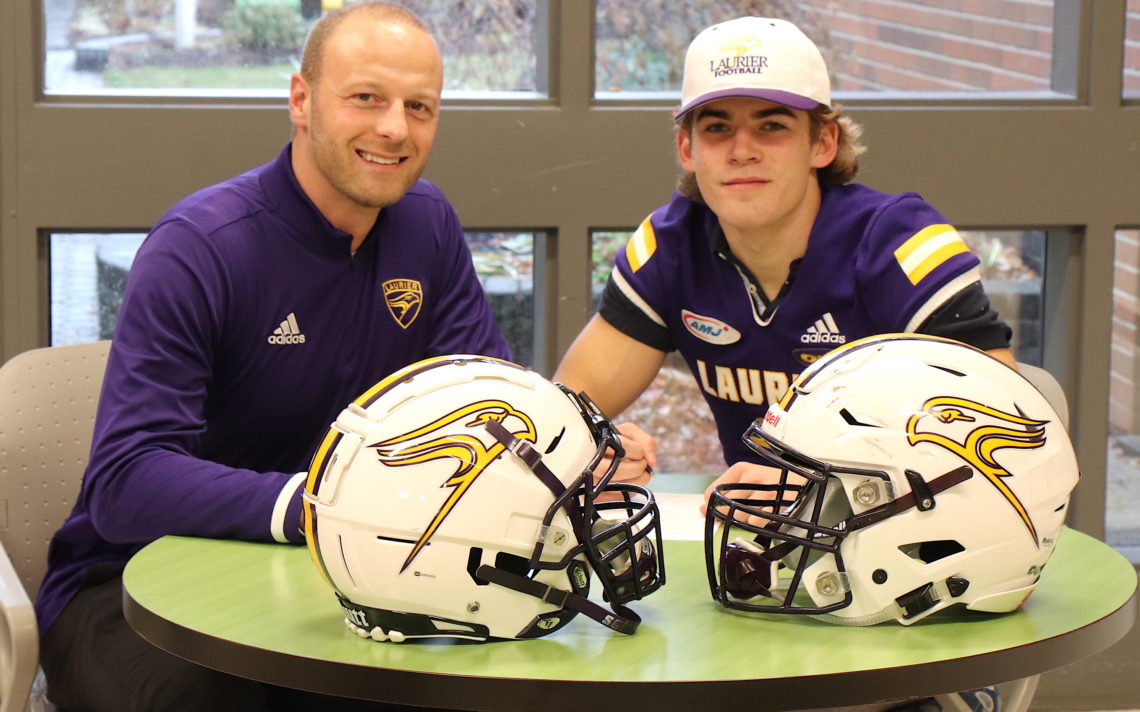 Deciding to return for his 12B year at A.N. Myer Secondary School paid off in a big way Monday for Trent Hunter.

“It feels good because I didn’t get a lot of looks the past couple of years and I knew that I had to stay back for 12B,” he said. “It was a good year, I worked hard in the offseason and it paid off.”

He feels becoming a better leader was the biggest step he took this season as a football player.

“I took on a bigger leadership role and I stepped up.”

Hunter will also have a chance to step up at Laurier.

“What is exciting about Trent is the character of the individual.” Laurier head coach Michael Faulds. “We know he is a hard worker, we know he is a good student and ultimately he is a really fast player.

“Watching him play receiver here at Myer, what stood out is that he has really good hands, he is a willing blocker and he has got a lot of speed.”

Faulds envisions Hunter as a slot receiver for the Golden Hawks. 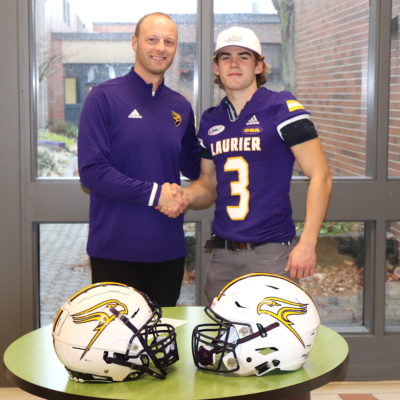 “He will catch a lot of balls and he also has the ability to take handoffs from the receiver position as well.”

Hunter can’t wait to get started.

“I am excited I will be able to come in and battle for a role and even if it’s a couple of moments I will be grateful for anything I get in my freshman year,” he said. “I am going to work my hardest to earn a spot.”

There are positions there for the taking at Laurier.

“It’s a big turnover year for us at receiver,” Faulds said. “We could see as many as three players drafted into the CFL so we definitely needed receivers in this recruiting class and Trent was one of the top guys on our board.”

To prepare for his first OUA training camp it will be more of the same for Hunter.

“I am going to be best friends with the weight room, become even more committed and they have a great training program there and I can feed off of that,” he said.

Faulds feels Hunter has a great start on his preparations.

“What impressed us about Trent is that he is never going to be a very large guy but you can tell by the way his body shape has been transformed already that he has been a fan of the gym,” he said. “I thing the biggest thing will be the learning curve mentally, but he is a bright individual.”

“I am just proud to be a Golden Hawk because it is a great place to be and it’s like Myer,” the slotback, returner and linebacker said. “It’s like a family, it is a tight bond and I know for a fact that in the locker room that football team is similar to Myer.

He is going to start as an undeclared major at Laurier and then figure the academic part of it out once he has a year under his belt.

“I may go into the arts or communications,” he said.

“He has worked hard to get to this point. He came in Grade 9 and had never played football before and he has gotten better and better,” he said. “He has always had a lot to athleticism — he was always a lacrosse or a hockey player — so he transitioned those skills on to the football field.”

Hunter is the fifth Myer football play to sign with a university football program since the season ended and there’s more to come.