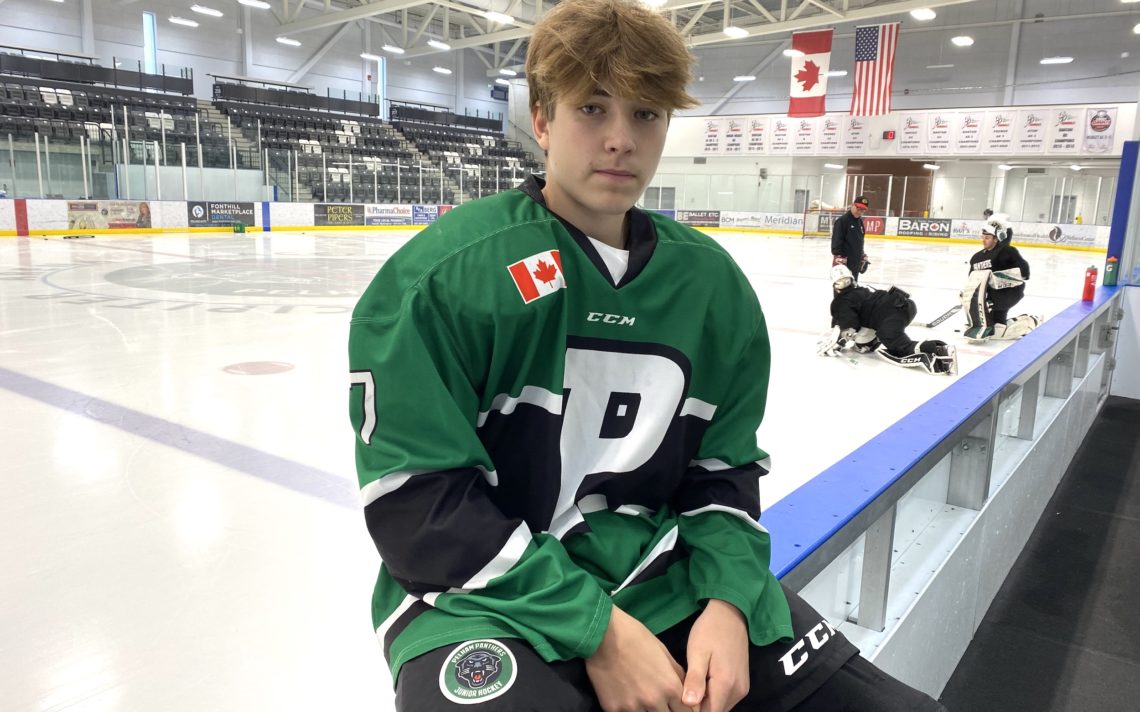 Pelham Panthers forward Florian Xhekaj didn’t have to look very far for inspiration when he was passed over in the Ontario Hockey League draft.

The 17-year-old Hamilton native is the younger brother of former St. Catharines Falcons defenceman Arber Xhekaj, who was also ignored in the OHL draft, hooked on with the Kitchener Rangers, and recently signed an entry-level contract with the Montreal Canadiens.

“He’s always telling me you have to give 110 per cent in practice and in games,” Florian said. “I know his story so I know the draft doesn’t mean anything.

“There are tons of different routes to make it and this is obviously my route.”

The brothers obviously didn’t play last season due to the COVID pandemic, but trained together and did what they could under the circumstances.

“It was so hard, especially when the gyms were closed,” Xhekaj said. “You’re at home and not being on the ice but my mom got me a pair of rollerblades so me and my brother were always on the street every day and then shooting pucks in the backyard and doing workouts in the basement or outside.”

All that extra work has paid off for Xhekaj — pronounced Jack-Eye — who is off to a strong start with the Panthers with two goals and five points in five games.

“He’s off to an excellent start,” Panthers coach Chris Lukey said. “He wants more responsibility, he wants more ice and he wants to do more, so we’re slowly giving him those opportunities.”

“Flo is a very talented player with a high IQ. For him to be more efficient, more effective, he just needs to learn to play both sides of the ice. He’s definitely an offensive threat right now. He has to learn the defensive side of things. Kids have to learn that that if you want play offence, you have to play strong defence to get the puck back.”

Xhekaj played for Lukey in minor hockey at the bantam level.

“He was a lot smaller, a little chunkier, and quite a bit slower,” Lukey remembered. “When I saw him last year he had improved dramatically. He grew more than a foot, got incredibly stronger, and his skating dramatically improved so I was just blown away.

“I told him at the beginning of the year he was the most improved player I’ve seen in the last three years. He’s come a long way.”

Xhekaj said a big part of that improvement has come from hard work.

“I trained a lot, every day in the gym and every day on the ice, just always trying to get better,” he said. “I was on the ice with a lot of older guys, a lot of OHL guys, so I guess that helped me get better too.

“I’m a lot bigger now so I can skate faster and hit and my shot has got a lot better. I can play a complete game better.”

Xhekaj is happy with his start but is well aware five games is a very small sample size.

“The first three games were a little rough, I was in a little but of a slump, but against the Canucks I had a good game (goal and three assists) and now I’m getting my feet moving and putting up some points.”

The Panthers are off to a 1-2-2 start which includes a win over Canucks in Niagara Falls last Friday and a tough 6-5 overtime loss at home Sunday in which they blew a 5-1 lead and lost 6-5 in overtime to the Thorold Blackhawks.

“We worked on a lot of things the last week-and-a-half in practice and they implemented those things Friday and Sunday,” Lukey said. “Sunday, there was a lot of great takeaways, we did a lot of good things, and then I just think some of our maturity, and our lack of depth caught up to us and we got off our game plan.

“We’re all going to take responsibility for Sunday, me included.”

Lukey is looking at the loss as an opportunity to learn.

“We have a character group in this room, and you know we’re gonna get a lot out of that, for sure,” Lukey said. “That being said, there were so many good things that happened in that game that we talked about and that we practised. It’s a shame that it happened.”

The Panthers are in Fort Erie Saturday and home to the Canucks Sunday at 2:45 p.m. 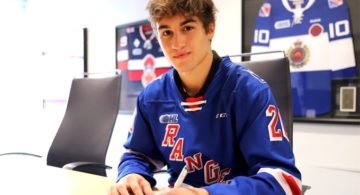 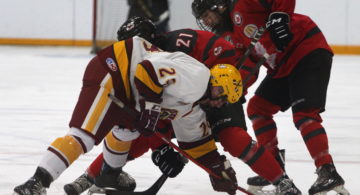 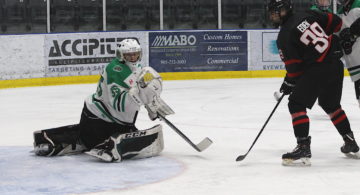