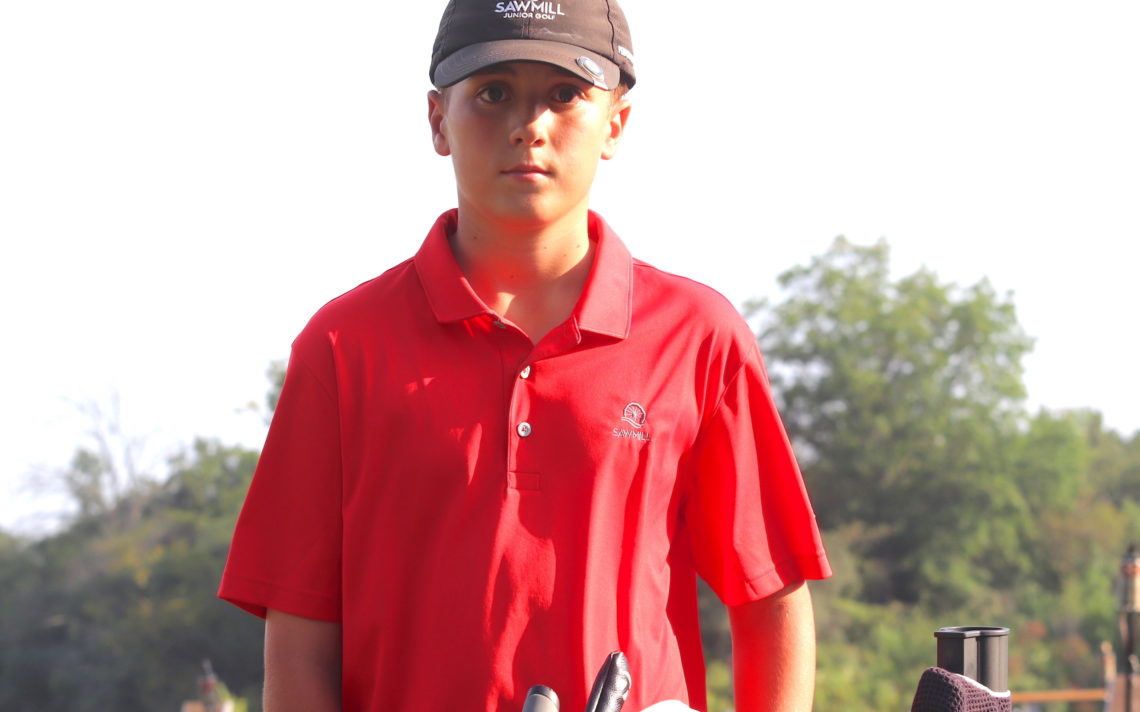 Sawmill’s Matthew Gray wrapped up the under-13 boys division points title on the Niagara Junior Golf Tour Monday with a second-place result at the tour-concluding event at Beechwood.

Gray’s six over par 78 put him one shot behind winner, Ben Julie of Sawmill.

“I had a bad start but I came back better on the back nine. I was one over to shoot 78,” the 12-year-old Beamsville resident said.

“I was second last year and I wanted to do better,” he said. “My goal was to get first and I accomplished that.”

His goal was reached with hard work.

“I practised a lot and I put a lot of work in in the wintertime so I would be ready for the new season of 2021.”

That worked included lessons with Brody Whetham, putting practice on a mat and chipping outside. He noticed early on in the season that his efforts would pay off.

““I played well but I just need to work on my emotions a bit more so when I had a bad hole I could come right back and get back into it. That is what I did today.”

Last year, he struggled to recover from bad holes but he has gotten much better with dealing with adversity after working with mental trainer Mahsa Durdano.

“She helped me with things to do after I hit a bad shot,” Gray said. “She told me to take a breath and chew gum to help myself relax.”

He started golfing when he was seven and has been playing at the competitive level for the past two years.

“I have gotten a lot more consistent shooting the same score more often instead of having a low round and then having a high round.”

He has big goals for the game of golf.

“It is to someday get a scholarship in the States and maybe play on the PGA tour,” he said.

If he did that, he would follow in the footsteps of his idol Dustin Johnson.

“He keep a straight face no matter what the shot and I like that he gets up and hits the next one and he doesn’t think about his last shot.”

Next up for Gray is the Ontario peewee championship Aug. 30 and 31 at Sawmill.

“I want to finish in the top half of the field,” he said.