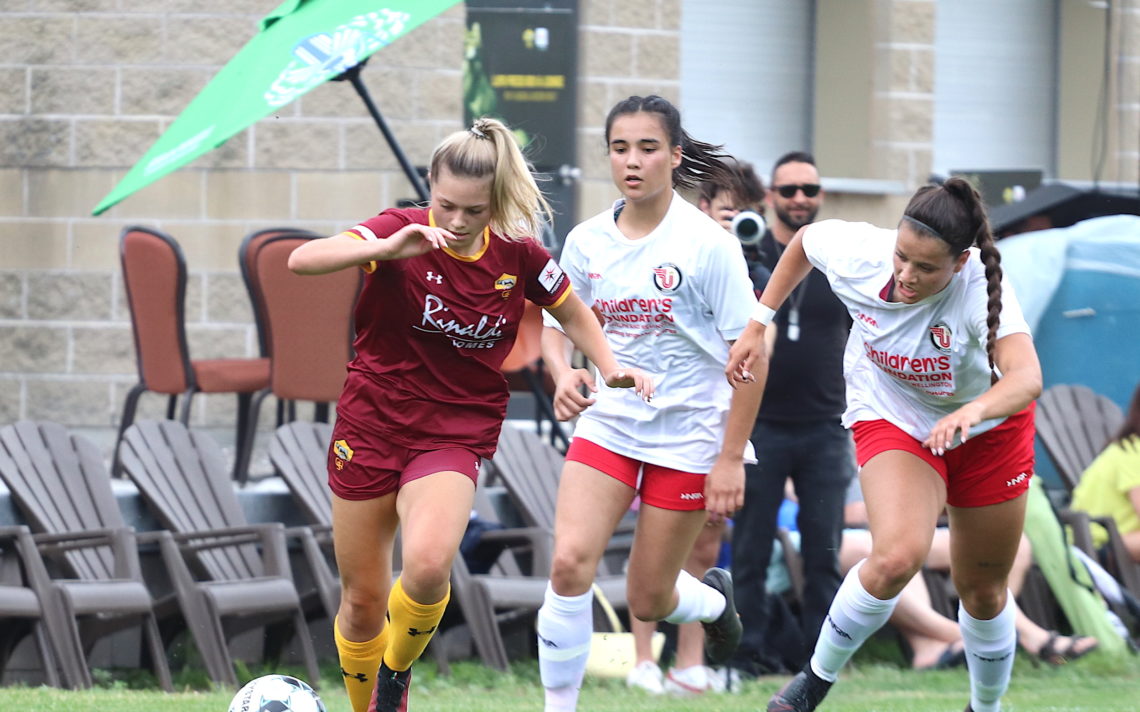 Good to be Bak

“I had had enough. It was a lot and I just needed a break,” the 25-year-old said. “You play soccer every single day for four seasons straight, spring, fall, spring, fall and when it is the summer you are doing training for pre-season. It just never stops and near the end it became hard to do and it wasn’t because I wanted to do it. It felt like a job and I wondered if I even loved the game any more.”

After graduating from Robert Morris in 2018, Bak took a sabbatical from soccer and tried to rekindle her passion for the sport. Even before the end of her first summer away from the pitch, she was already missing it.

“When I stopped, I regretted not playing. I realized I still loved the game and still wanted to play the game.”

It wasn’t long before the Saint Michael alumna was playing in women’s leagues in the Niagara region. This spring, when Club Roma announced a franchise in the League1 Ontario Women’s Premier Division, Wolves head coach Lucio Ianiero came calling for her soccer services.

“I enjoy it and it is a good stress release too with COVID,” said Bak, who works in diagnostic imaging at the St. Catharines hospital as a nuclear medicine technologist. “It is nice to just come out and kick a ball, meet some new girls, make some new friends and the whole social aspect of it all.”

She also enjoys the Friday night crowds at Club Roma.

“Everyone is cheering you on and it is an experience like no other.”

The biggest challenge for Bak when agreeing to play for the Wolves was to balance soccer with her work schedule.

“It is a lot, especially when travelling on the weekend. I didn’t know if I could juggle both and he (Lucio) told me to come to one practice and I was hooked,” she said. “Everyone knew how to play and the level of intensity made it so much fun to play soccer. And everyone was super welcoming and all the girls were so nice. I could see this being my new family and team.”

Bak has even gotten used to being one of the oldest players on the team.

“We have a group chat and we always make jokes about the Roma Grannies but you don’t feel different. Everyone had the same goals. When you are 22 or 26, you don’t really notice the age difference. I still treat them as if they were my age.”

She has been able to find a balance with soccer and work, although, it isn’t alway easy.

“Some nights, I only get five to six hours of sleep but then I deal with it. I am the type of person if I commit to something I am going to commit and I knew what I was getting into,” she said. “My family helps me out too. If they know I am tired, they will have a lunch prepped for me if I don’t have time. Sometimes I don’t even have an hour to be by myself, but I kind of like it.”

Bak has become an important cog for the Wolves as a holding midfielder.

“She is very experienced and she is an anchor for our midfield,” said Carmine Provenzano, the Wolves head of operations. “She is a hard worker, she plays her heart out every game, she is a great leader and she is a great example for the young players.”

Bak is comfortable in that leadership role.

“I think that is what sets some of us apart. I have that experience and I have played the game so much longer.”

She felt her high-level soccer skills came back to her like riding a bike but getting her cardio back to the proper level took a while longer.

“If you don’t play at this intensity all the time, your game fitness can really be lacking. You do one sprint chasing a girl and it feels like your heart is going to explode. But after a few games, when you are playing and getting minutes, you get it back. I do a lot of working out on my own too which also helps.”

Bak scored the lone goal Sunday in the 19th minute as the Wolves recorded a 1-0 victory over visiting Guelph Union.

Emma Hendrie made several good stops to record the shutout. 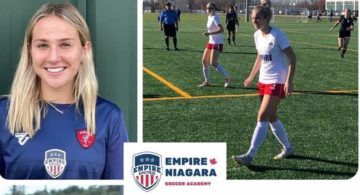