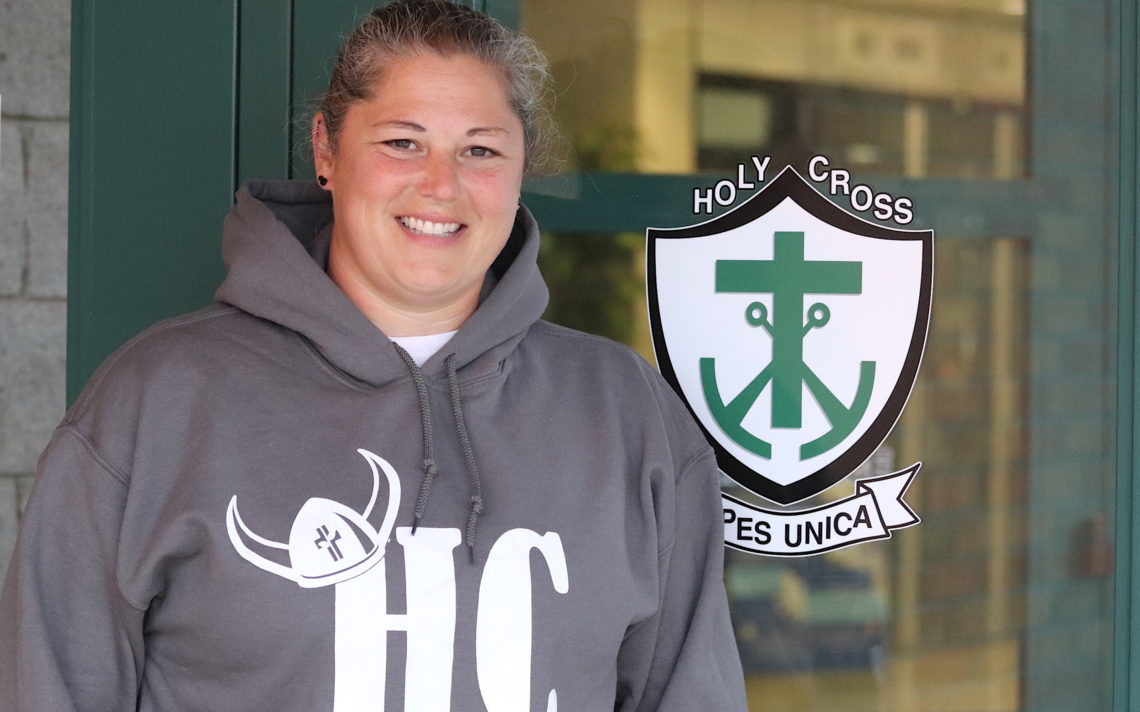 Erin Gauthier concluded a successful five-year career with the Brock women’s basketball team by being named team MVP at the conclusion of the 2002-03 season.

The four-year starter’s experiences under Brock head coach Chris Critelli provided the framework for her own coaching philosophy that she has employed for the past 13 seasons as the head coach of the Holy Cross Raiders senior girls basketball team.

“Her philosophy was to keep it simple,” the 42-year-old native of Iroquois Falls said. “You don’t need 100 offences or 100 defences to beat people. As long as you have a couple for each, it seems to work.”

Execution is crucial to being successful.

“One of the things she always instilled in us was that if you do things right with the timing of them, it will always work,” she said. “It doesn’t matter if the other team knows your offence or what kind of defence you are playing, if you are playing honest and doing all the little things, then it seems like the big picture always comes out nice and clear.”

Gauthier hasn’t deviated from that philosophy in her own coaching career and had continued to focus on the small details. 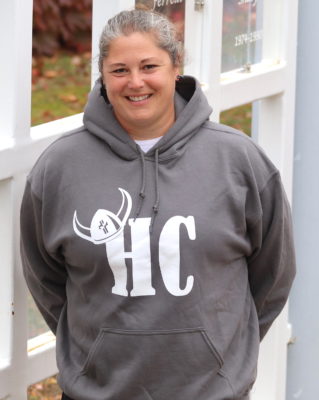 “When you are doing your B cuts, setting up your man and trying to get away from them on offence, making sure you are making contact on the screen so that your defender can’t squeak through, it’s all this little things that make the game and what you are trying to do work out for you.”

Gauthier’s is motivated to coach by a number of factors.

“It’s the love of the game, the competitive edge that you still have as a coach and just watching the development and seeing the girls improve individually, honing their skills, getting better, seeing that desire and hustle in them.”

She loves when all the hard work pays off.

“Towards the end of the season, you see five individual ladies out there playing as one and you see the concepts and what you are trying to teach them all come together. It’s fun and rewarding.”

Gauthier feels it is crucial for her to be both a coach and a teacher.

“Being a female, it’s important that we get involved and that we are out there being leaders, coaching and helping our young ladies develop as individuals,” she said. “Being a female athletic role model and helping my players here is important. I want to give that to them so they can hopefully continue.”

One of Gauthier’s biggest challenges with Holy Cross is the numbers game.

“Our enrolment has gone down but we do a really great job of getting ourselves and our name out there,” she said. “We go out there and we let everyone know what Holy Cross is all about and what we do. We’re definitely hanging in there and we are as competitive as we can being on the smaller end of a double A school. I think we are doing great.”

Last season, Holy Cross made the Zone 4 AA final for the first time in six seasons and Gauthier would have loved nothing more that continuing to build that momentum. Unfortunately, the COVID 19 pandemic had other ideas.

“It is a part of you that is missing. For the first two weeks of school, I wasn’t sure what to do after leaving what I consider so early, hours early, from work. And not coming here quite so early because we would have practice in the morning.”

It is an odd environment for Gauthier.

“It is definitely different and I am hoping it doesn’t last too much longer,” she said. “There is an eagerness and the desire to get back out there and I am still thinking about the players I would have and all the things we could have done.”

“I was at some basketball programs that Chris was at and we kind of just hit it off,” she said “I went and visited the campus and, coming from a small community, that was something that I was looking for in a university. “

Brock was a perfect fit for her.

“All the time, they were a small-to mid-sized school and they were kind of up on the hill and outside the city and it felt like it was its own small community up there.”

She majored in phys-ed and upon graduation went to Lakehead University in Thunder Bay for teachers college.

Her first teaching job was at her alma mater, Iroquois Falls Secondary School, and she jumped headfirst into coaching. In her four years teaching in her hometown, she coached basketball, volleyball, badminton and track and field.